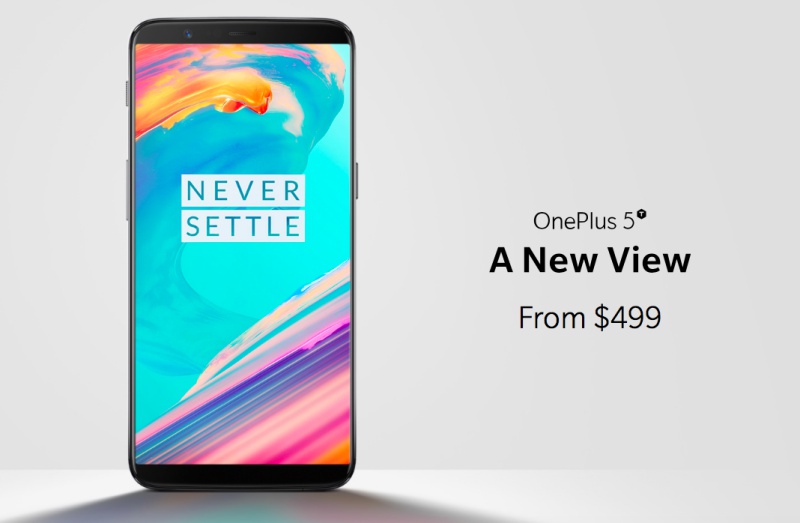 The OnePlus 5T has become the company's fastest selling smartphone to date.

In an email, OnePlus thanked fans for helping the company reach a new record on the launch day. It claims the OnePlus 5T is the company's fastest selling device ever in a span of 6 hours! OnePlus also showed five photos of long queues in Helsinki, Paris, Copenhagen, Berlin and Bangalore. 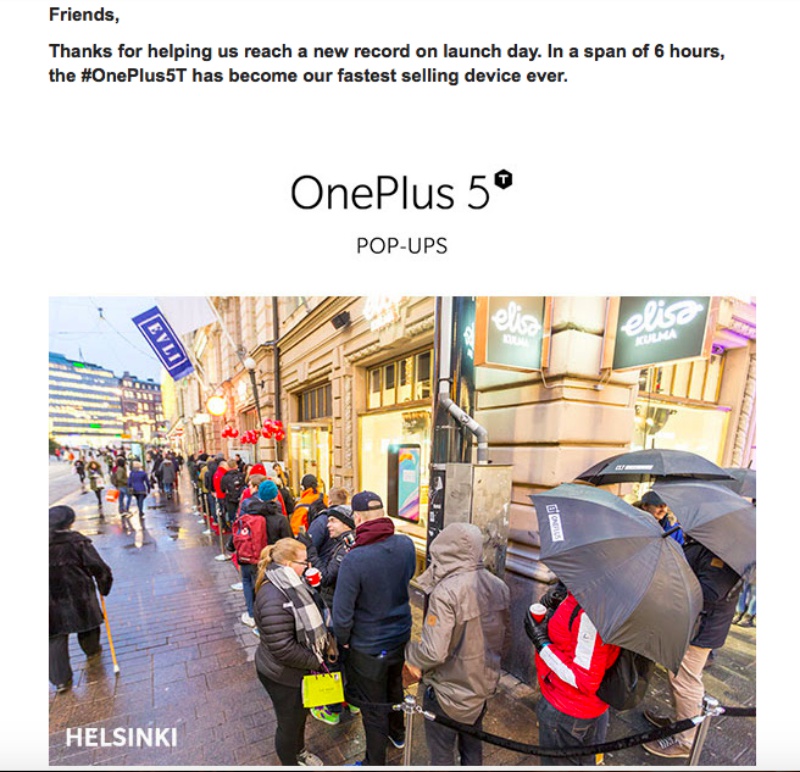 The OnePlus 5T is an upgraded version of the OnePlus 5 with a bigger display, slimmer bezels and a face unlocking feature. It was announced a week ago and went on sale earlier this week.

Join HWZ's Telegram channel here and catch all the latest tech news!
Our articles may contain affiliate links. If you buy through these links, we may earn a small commission.
Previous Story
Apple offices in South Korea raided one day before iPhone X launch
Next Story
Apple could be developing a foldable display for the iPhone