OnePlus 3T is everything you love about the OnePlus 3 phone, but with new upgrades

OnePlus 3 was great, but the new OnePlus 3T is even better

In a nutshell, it's everything that you love about the OnePlus 3, only made better with new upgrades like a bigger 3,400 mAh battery, a new Snapdragon 821 processor and dual 16MP cameras (front and rear). Outwardly, OnePlus 3T is identical to the current OnePlus 3 with a 5.5-inch Optic AMOLED screen for vivid colors, an aluminum uni-body and comes in "gunmetal" and "soft gold" color finish options. Like the current model, you'll also find a fingerprint sensor that unlocks the phone in "just 0.2 of a second", as do a USB 2.0 Type-C port and a dual-nano-SIM slot. 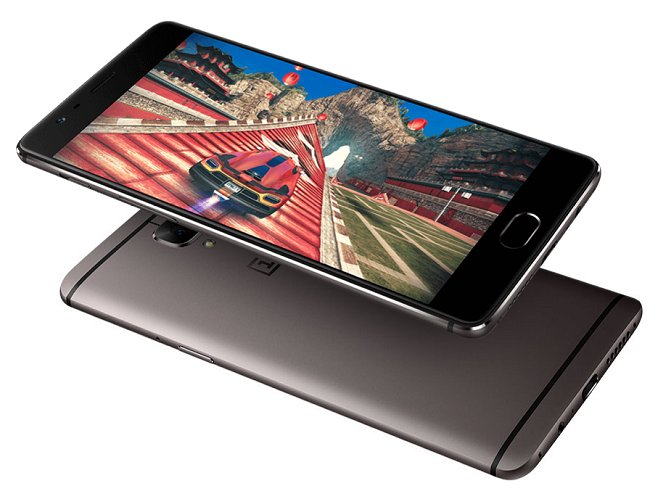 To keep up with upcoming competition like the ASUS ZenFone 3 Deluxe and Xiaomi Mi Note 2, the OnePlus 3T is the next phone to feature Qualcomm's more powerful Snapdragon 821 processor. Other subsystem stats like non-expandable 64GB internal storage and 6GB of memory are looking to be standard expectations of higher tier phones for 2017. OnePlus 3T will also be offered in a 128GB internal storage option.

The newcomer boasts a beefier 3,400mAh battery, which will certainly be a welcomed update, even though the current OnePlus 3 has a pretty good battery performance as it stands now. What's more you can top up the charge quickly with OnePlus’ Dash Charge technology and the company is claiming 30-minute charge to provide the phone with 60% battery life from flat. Expect up to 90% battery charge within an hour.

The new OnePlus 3 is slated to go on sale from 22nd November from US$439. No word yet on SKUs and local availability, but as usual, expect HardwareZone to fill you in on the details as soon as we've visibility. Given the current local price point of the OnePlus 3, we are expecting the OnePlus 3T to inch into the territory of premium flagship smartphones (such as the Samsung Galaxy S7 Edge) when it arrives. 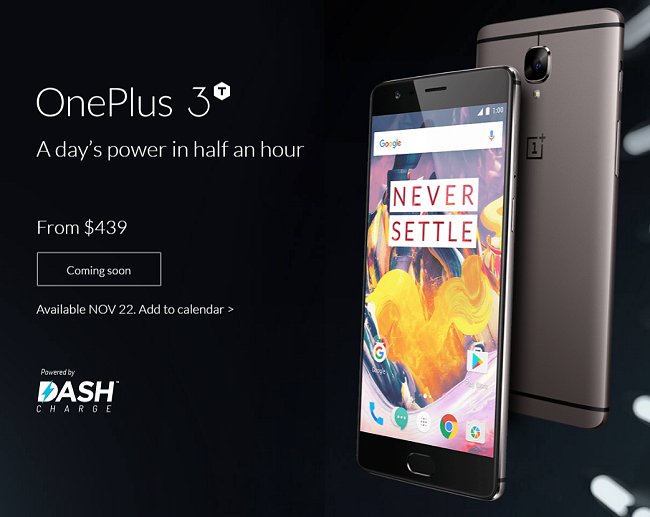