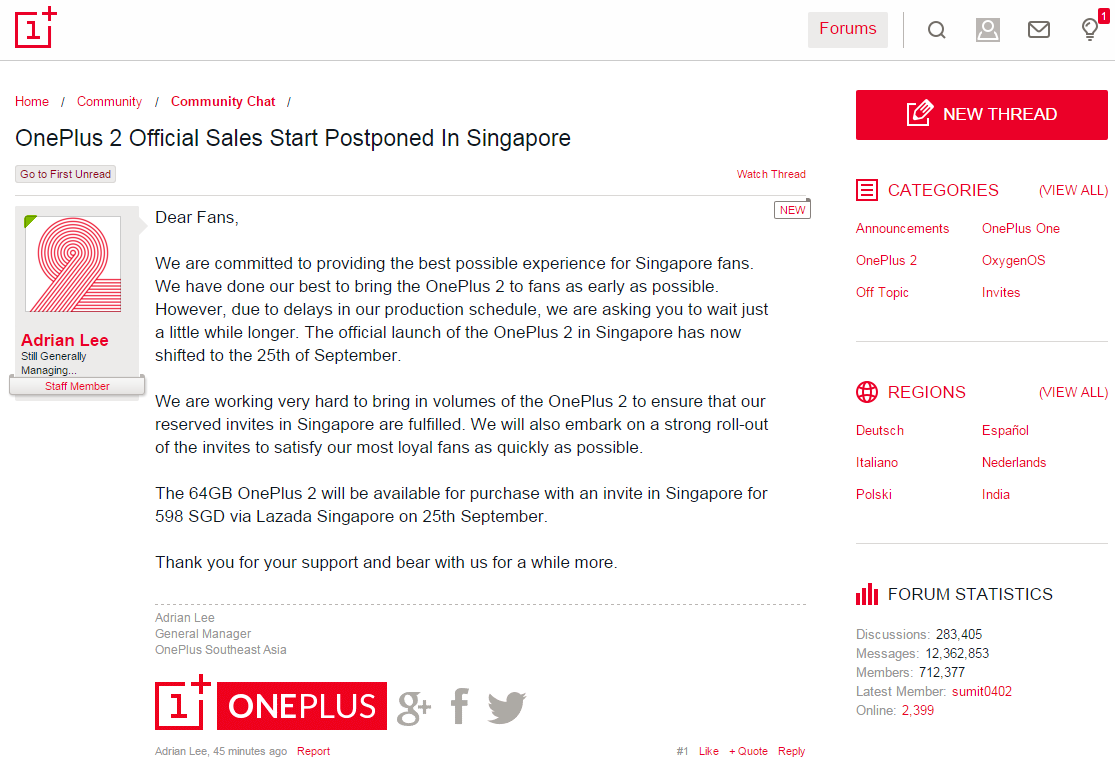 Due to production delays, OnePlus 2 will only begin sales in Singapore at a later date, starting on 25 September 2015.

This is not the first time the phone had to postpone their Singapore retail date. Previously, the smartphone was supposed to start Singapore sales on 7 September 2015 on Lazada, the official retailer of OnePlus 2 smartphones in Singapore. It was subsequently postponed to 14 September.

The latest delay was announced via OnePlus’s forums, where the launch date currently sits on 25 September 2015. The smartphone is still going for the updated retail price of S$598 (64GB version), and there’s still no news about the 16GB model.

Buyers will still require an invite code to get the OnePlus 2 – which we did hope OnePlus would change (they didn’t).

Join HWZ's Telegram channel here and catch all the latest tech news!
Our articles may contain affiliate links. If you buy through these links, we may earn a small commission.
Previous Story
Microsoft's Edge browser will support Google's VP9 codec soon
Next Story
iPads have never been more affordable, but there’s a catch