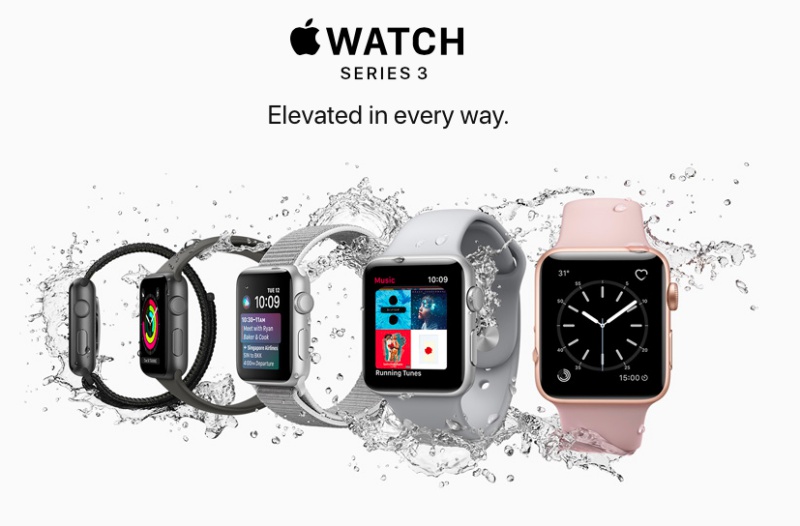 The announcement of the Apple Watch Series 3 on Wednesday caused the market value of one major Swiss matchmaker to drop drastically overnight.

According to Business Insider, Swatch saw its market value dropped as much as 4.5% or almost $1 billion when European trading opened on Wednesday. Analysts believe two key factors led to the averse market reaction that day - Apple's claim that its smartwatch is currently the number one watch in the world, and the addition of cellular capability to the Apple Watch Series 3.

“The fact the new watch is untethered from the phone has the potential to be a game-changer,” Jon Cox, an analyst at Kepler Cheuvreux, told Bloomberg News in an interview. “It is a fight for wrist real-estate and superb functionality versus a simple quartz watch. In many cases, the quartz watch is going to lose.”

While sales of premium, mechanical watches are unlikely to be affected by the Apple Watch and smartwatches in general, the future of other watchmakers such as Swatch - which makes low to mid-range watches - looks increasingly bleak. In November 2015, Bloomberg reported that Swiss watch exports experienced the biggest decline in 6 years and the Apple Watch could be the cause of it. In February 2016, Strategy Analytics claimed that shipments of smartwatches exceeded Swiss watches in Q4 2015 for the first time.

Some watchmakers are fighting back. For example, Fossil Group brands, which consist of Armani Exchange and Skagen, announced at CES 2017 that it will double wearables production to 300 new products and add new brands this year. These include touchscreen smartwatches, hybrid smartwatches and activity trackers. It remains to be seen if these efforts are sufficient to compete against the Apple Watch.

Previous Story
Apple might not be able to meet consumer demand for the iPhone X for a long time
Next Story
Singtel launches unlimited data add-on, upgrades plans with unlimited talk time and SMS