One Piece is getting a live-action Netflix series

One Piece is getting a live-action Netflix series 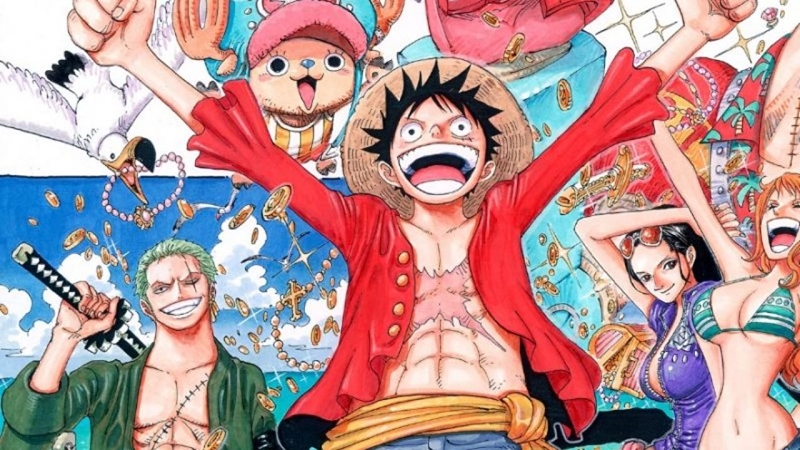 Are you ready to set off from East Blue once again? If you're not, too bad - you're going to get left behind, because the creator of One Piece, the esteemed mangaka (manga artist) Eiichiro Oda has finally come forward to confirm that a live-action Netflix adaptation is in the works.

For those that aren't familiar, One Piece is an extremely popular, Guinness Award-winning manga series that showcases the adventures of Monkey D. Luffy and his crew. Inspired by his childhood idol "Red Haired" Shanks, Luffy aims to become the Pirate King, and he isn't just an ordinary guy. He's also eaten one of the rare Devil Fruits, granting him superhuman abilities. More specifically, he's eaten one which allows his limbs to stretch and compress like rubber.

Anyway, according to the artist, who is affectionately referred to as Oda-sensei by the community, the first season will span 10 episodes, and he will be overseeing its production. Have a look at this adorable visual!

BIG ANNOUNCEMENT: A One Piece live action is in the works! @OnePieceNetflix pic.twitter.com/gnuR5JgmXw

The series will be produced by Netflix and Tomorrow Studios, which you might remember is also working on the live-action Cowboy Bebop. Other noteworthy individuals that are revealed to be on the roster include Steven Maeda from Lost and Matt Owens from Luke Cage. They'll be stepping in as executive producers alongside Tomorrow Studios and Oda himself, while Netflix handles the physical production.

Currently, neither Oda-sensei nor Netflix have hinted at a release date, but the former will probably provide occasional updates as development continues.

Nevertheless, while we might not know many of the details yet, there are some things that we can definitely confirm from the start. One, Luffy's going to be badass, two, Sanji will probably have a nosebleed somewhere and three, Zoro will definitely get lost. Yohohohohoho!

Join HWZ's Telegram channel here and catch all the latest tech news!
Our articles may contain affiliate links. If you buy through these links, we may earn a small commission.
Previous Story
One of Japan's "Five Swords Under Heaven" is on display at Kasuga Shrine
Next Story
You can now buy a life-size figure of Baby Yoda and it's super cute