If you’re getting Omate’s latest standalone smartwatch, you have to move fast when 7 December strikes – it will only be available for a brief 48 hours via a crowd-funding site.

Starting from 7 December 2015 at 11 P.M. (SGT), the Omate Rise will go live for 48 hours on this Indiegogo campaign page. Omate says that this special limited launch of this 3G-enabled smartwatch  will celebrate a couple of things, but what’s important is that the smartwatch will be going for US$199 (~S$281) instead of the usual price of US$349 (~S$493) in the 48 hour time-span. The Omate Rise uses a dual-core 1.2GHz MediaTek MT2601 (with ARM Cortex-A7 and ARM Mali-400 MP GPU) processor. It’s fueled by 512MB of RAM, with 4GB internal storage. As a standalone-capable smartwatch, it uses a micro-SIM card for 3G network support, and it runs on a full Android 5.1 (Lollipop) OS - not Android Wear. The 3G connectivity and full OS combination means that it doesn’t require a smartphone paired to the wearable for the user to access calls, text messages, emails, and more. That doesn’t mean that you can’t pair the watch to your precious phone. Besides 3G connectivity, the Omate Rise also comes with Bluetooth 4.1 Low Energy, allowing it to pair with both iPhone (iOS 9 and newer) and Android smartphones  (4.4 OS or later). Other connectivity features are supported on this watch, such as Wi-Fi 802.11 b/g/n and GPS. There’s a microphone and loudspeaker built-in for calls as well. 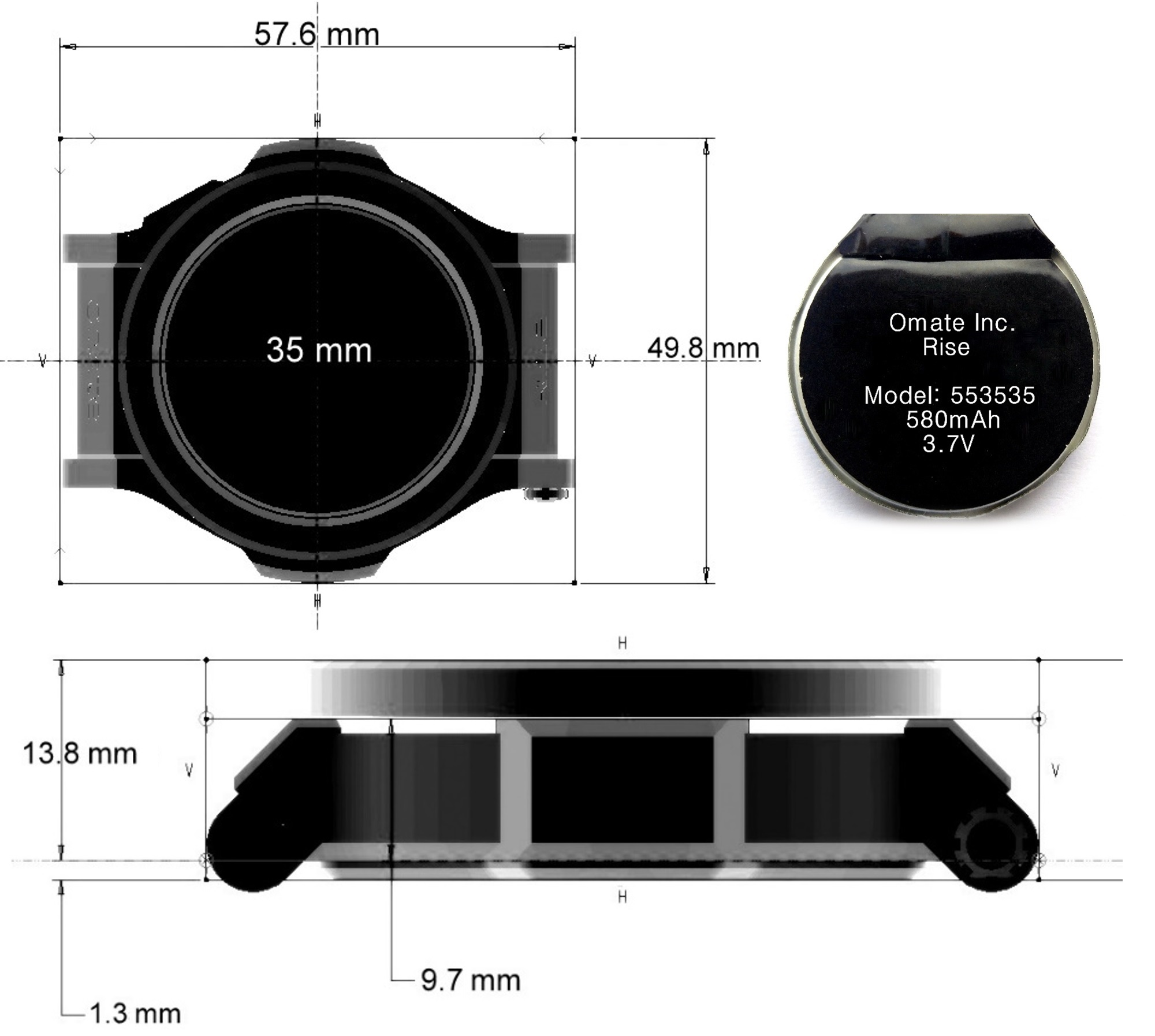 It looks like Omate Rise borrowed the design language from Hublot Big Bang watches, but the standalone smartwatch sports a carbon fiber bezel, instead of metal. The 22mm straps are interchangeable, and the watch-face is a 1.3-inch Innolux full-round display with a resolution of 360 x 360 pixels, with a capacitive touchscreen that supports multi-touch. It’s not just here for looks, as the Omate Rise also comes with a 1ATM water-resistance rating as well. This means that the smartwatch can withstand splashes and rain, and you can check your emails while showering (not that we recommend it). There are 500 Super Early Bird slots and an unlimited number of Early Bird slots, together with other developer or partner-related backing options. The Super Early Bird backers will also get a free BLE Heart Rate Monitor chest belt, powered by Nordic Semiconductor (worth US$49). No matter the package chosen, you can get a free engraving on the Omate Rise, which is available only for a limited time.The smartwatch is expected to ship by March 2016.

Omate is not new to the smartwatch scene. Before the Omate Rise, there were many other smartwatches, including the Omate Truesmart+ which uses a modified version of Android 5.1 OS (Lollipop). The Omate Truesmart+ also had standalone support, allowing the user to connect to a 3G network after you insert a SIM card into the watch itself.

Join HWZ's Telegram channel here and catch all the latest tech news!
Our articles may contain affiliate links. If you buy through these links, we may earn a small commission.
Previous Story
Watch: Singapore Airlines’ “No Detail Too Small” papercraft video will amaze you
Next Story
Google is shutting down Songza, but features will persist in Play Music