Olympus has announced a brand-new high-end Tough camera named the TG-1. While Olympus has long pioneered a series of rugged Tough cameras for the adventurous photographer, the TG-1 is a little different: It's aiming to be the cream of the Tough cameras crop, with impressive imaging specs marrying the shock-proof and weather-proof case.

Interestingly, the TG-1 comes with an adapter ring, which lets you fit optional lens converters. At the moment, a Fisheye lens and Teleconverter lens have been announced. The Fisheye lens lets you capture wide, panoramic shots while the teleconverter extends your optical zoom from 4x to 6.8x. 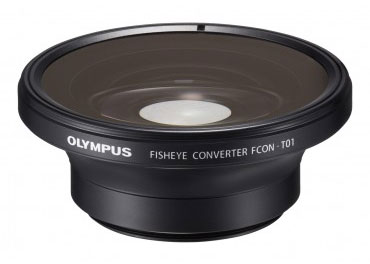 Finally, not only is the TG-1 tougher than previous tough cameras - it's water-proof to 12m, shock-proof from a height of 2m, freeze-proof to -10°C and crush-proof to 100kgf - it also comes with built-in GPS so you can log your co-ordinates in your images, which will help you track just where you were when you took that photograph off the beaten track.

Unfortunately the TG-1 does not record stills to RAW, only JPEG, an odd omission which strikes as us taking two steps forward and one step back with such a high-end camera.

The TG-1 will be available in mid-June, the local retail price is yet to be confirmed. 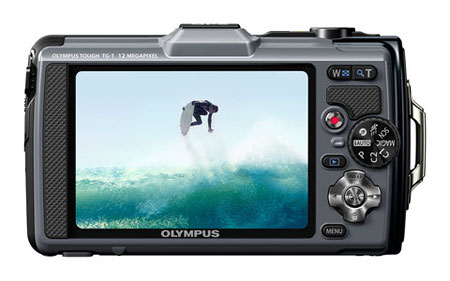 Join HWZ's Telegram channel here and catch all the latest tech news!
Our articles may contain affiliate links. If you buy through these links, we may earn a small commission.
Previous Story
Fujifilm Expands Its Tough XP Series with the FinePix XP170
Next Story
LG-made Google TVs Landing in The States on May 21st