With the announcements of the new Olympus Pen Lite E-PL5 and Stylus XZ-2, we had a surprisingly frank chat with Seiki Yamamoto, GM of Olympus' Imaging Business Division here in Asia Pacific. We talked about how smartphones have impacted the camera business, why camera makers don't make them like they used to and how Olympus plans to streamline its immense camera portfolio.

With nearly every camera company now in the mirrorless business, how does Olympus plan to differentiate itself?

The mirrorless category has taken over 50% of the interchangeable-lens market in some countries and that's the reason why so many competitors are coming in. So I think our decision to be in mirrorless was right, and in mirrorless cameras we'd like to be number one.

Fast AF is a feature we have throughout all models, and we have some fun features like Art Filters which people definitely like. There are people who aren't interested in carrying around big DSLR cameras but who want to take nice pictures and expect high quality. I think we're providing the right products to these people, not just from satisfying product features but also styles which match their lifestyles.

We're probably a little behind with Wi-Fi and connectivity to social media, but we're going to find solutions for that. One of them is with Flash Air, but we're also looking into direction social media connection. 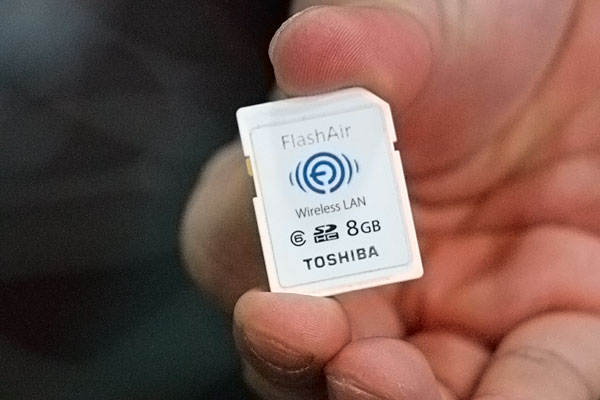 When you mention 50% of the interchangeable-lens market, is that a growing or shrinking market?

It's growing. The interchangeable-lens market is amazing to me. Originally we thought this category was going to shrink. But the dominant brands are launching more lower-priced SLR cameras, I think that's one reason that this market is growing. So it's 50% share of a growing market.

How does Olympus plan to deal with the rising challenge of smartphone cameras?

Smartphones are definitely hitting our business, especially for low-end compact cameras. I think smartphones are growing as social media is growing, it's really syncing with the popularity and spread of social media.

So, connectivity to social media is very important, and on one side smartphones are eating into the compact camera market, but I think it's also creating some people's demand to take better pictures and share them with people.

One of the things we learned and implemented is Art Filters. It's easy to use, and instead of using Photoshop we can create effects easily on the camera. We don't have a camera that connects directly to social media yet, but I think we have a solution with Flash Air, and I think connectivity will prove to be the future.

Or smartphone cameras will simply get better.

I was talking to one of our dealers in Thailand; he was saying that nowadays, price has to be very high in order to sell a lot. I think it's an interesting remark, it doesn't mean that you have to price products very high, but you have to provide the kind of feature that makes them feel this way, you know? It's not just a feature, the feeling that you get when you hold the camera is also important.

The feeling you get from a product?

I think feeling is very important these days. To own this, it's not something that you treat roughly, but you treat it very carefully because it's nice. That's not only a feature, or performance of the camera, but this detailed build quality is becoming more and more important. So as a camera manufacturer, we'd like to develop products to make the people feel this. That they'd like to own our camera, because it's very well considered. It's something we've been discussing with the R&D guys.

I want our R&D team to feel it, you know? To feel what is really needed, what people – especially the people who are really enthusiastic about cameras – really want. They don't care how much they spend, in some extreme examples, because they appreciate the attention to detail.

From there, you think about how to make it with mass manufacturing. So those extreme examples are very important. Of course, we'd like to pursue good performance of the camera, but also this emotional connection to the product.

Like in the film camera days. If you go to those one of those old camera shops, sometimes you find very well-kept old cameras. Even if they don't use these film cameras any more, because it doesn’t work or it's not so practical, they even put them in a glass showcase. That's the feeling that, for a long time, I feel like we've missed. It creates the kind of close attachment to the product.

It's very difficult, when I talk to R&D like this; they say "what is this?" But some engineers do understand this emotional feeling towards those products.

It's like how people are emotionally connected to Apple products.

Maybe that has more to do with Steve Jobs (laugh). I mean Steve Jobs' philosophy. I read that he was a very detailed person. So I think many manufacturers, they were really detailed in the past. But as the market becomes competitive, manufacturers tend to forget this. You know, just make a product, quick and easy, sell it en masse, drop the price, cut the price, sell this out. You know, I think that's not the feeling we used to have in the past.

But I think cameras used to be made with that feeling. Of course, product life was much longer in those days. Maybe they sold one model for three to four years. Now you know, not for the high-end products, but for other products they may sell for one year or two years, that's probably the max. That's sad, in a way.

In the digital age, it's difficult to create something like that, a product that lasts for such a long time. Because even the latest model, after one or two years, function-wise is already obsolete. You'll find products that are more advanced than this two-year old model. But with design, maybe we find some point that people can really appreciate. Indispensable. I think that's the key word for camera manufacturers.

We probably cannot duplicate the same approach like those old cameras, but I think you can find this kind of product in the market already. Especially high-end products, if you touch it, you will feel it. I'm sure their engineers and designers really thought carefully about them. So I think it's possible.

You're talking about charisma.

You know, many OM series fans really appreciate the OM-D model. Just brings them back to the OM-1. Mr. Maitani Yoshihisa was the one who designed the original OM; it was a big hit in the 1970s, very compact, feature-packed.

Maitani was really, he was an engineer but he was also a philosopher. He was thinking from scratch how the OM camera should look like, how the buttons should be. We'd like to have such a charismatic product again. I appreciate that we have such a big hit in the past, therefore when we launched OM-D it was very well accepted. 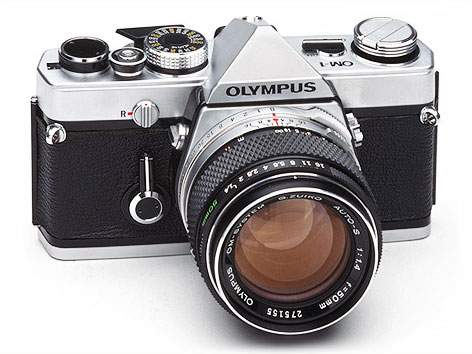 Olympus president Hiroyuki Sasa has said that he wants to reduce the company's camera line to return to profitability. How will that strategy play out?

It's difficult to say that we're going drop this or that, I think we really have to study our product portfolio. And then, instead of selling a number of cheap models, we'd like to push more into higher-value products. That's the idea throughout Olympus now; we are really pushing high-value models and investing a lot of resources into developing this category.

That's why my discussion with R&D is always on taking this direction and thinking about how we can survive in this market. As a result, we are going to reduce the number of lower-end cameras, but I can't really say how many or what's the right number. We used to have so many, everybody had so many. But now I think every manufacturer seems to be going in the same direction. We are trying to have an efficient portfolio that can generate a good enough profit and satisfy customers at the same time.

Gradually, we're trying to eliminate products that cannibalize or don't mean much in profitability, so we can focus more on certain products. So we're going to clean up the portfolio.

Join HWZ's Telegram channel here and catch all the latest tech news!
Our articles may contain affiliate links. If you buy through these links, we may earn a small commission.
Previous Story
Office for Windows RT Expected to Ship in November
Next Story
Olympus Announces Three New Micro Four Thirds Lenses, Including New 17mm f/1.8