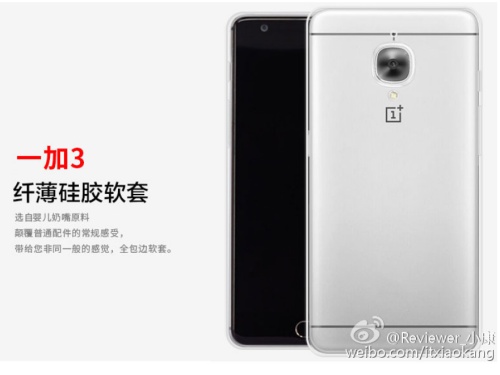 The official launch of the OnePlus 3 is just four days away, but a leakster has jumped the gun by publishing official renders of the smartphone.

In what seems to be ads for an official silicone case for the OnePlus 3, the images show the phone in its full glory with a design that is very familiar to the iPhone 6 and HTC One A9. One of the promotional materials suggest that the OnePlus 3 may have a slightly protruding rear camera with a similar position and appearance as the One M9.

Other renders reveal a USB Type-C port, a 3.5mm audio jack and speakers at the bottom, volume controls and the power button on the right, and a physical home button at the bottom of the display. The OnePlus 3 is said to come in four variants and the rumored pricing for each model is rather competitive.

Join HWZ's Telegram channel here and catch all the latest tech news!
Our articles may contain affiliate links. If you buy through these links, we may earn a small commission.
Previous Story
Subscription pricing, search ads and faster approvals coming to Apple's App Store
Next Story
Intel and AMD may not launch their next-generation processors until 2017