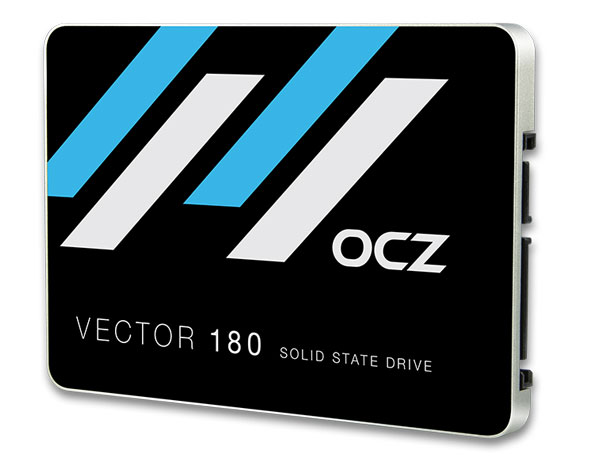 OCZ has announced the release of its next-generation Vector 180 SSD that was first teased at Computex 2014. The new Vector 180 builds upon its high-performance pedigree and boasts enhanced reliability, technology and even larger storage capacities of up to 960GB.

The Vector 180 has also been optimized for hardcore gaming and data-intensive applications with its own Barefoot 3 controller and in-house Toshiba A19nm multi-level cell (MLC) NAND flash technology. OCZ’s new drive offers up to 550MB/s sequential read and 530MB/s sequential write speeds, which is expected for a modern SSD based on the SATA 6Gbps interface and relatively unchanged from its predecessor, the Vector 150. Incidentally, the Vector 150 also runs on the same Barefoot 3 controller.

OCZ looks to be depending on more advanced reliability features to differentiate the Vector 180 from its older SATA 6Gbps based SSDs. New to the Vector 180 is a feature called Power Failure Management Plus (PFM+), which helps to safeguard the SSD and its at-rest data in the event of an unexpected system power loss or instability. With the introduction of power failure protection features that are usually found in enterprise-class drives, the Vector 180 thus appears to be more of an evolution in drive reliability targeted at gamers, enthusiasts and workstation users than any revolutionary improvement in performance.

And while enthusiasts today may be looking toward PCIe-based SSDs as the next step forward in storage solutions, the new Vector 180 will still provide class-leading performance and reliability for power users content to remain on the SATA 6Gbps interface. The Vector 180 will be available in the following capacities (suggested retail price in brackets):-

Each OCZ Vector 180 is bundled with US$55 worth of accessories including Acronis True Image drive cloning software and a 3.5-inch desktop adaptor for fast and easy upgrading.

On top of its new SSD release, OCZ is also making its new SSD Guru software available for all end users (including owners of all OCZ Barefoot 3-based SATA drives and the OCZ PCIe RevoDrive 350) to download from its website. SSD Guru gives users fine control of aspects of their drive such as maintenance, monitoring, SSD tuning and OS optimization through a more intuitive and user-friendly Graphical User Interface (GUI). Users can also gain updates on the latest firmware through the software, which will help them squeeze out better performance and reliability from their drive. Here's how the new OCZ Guru software compares against the previous OCZ Toolbox:- 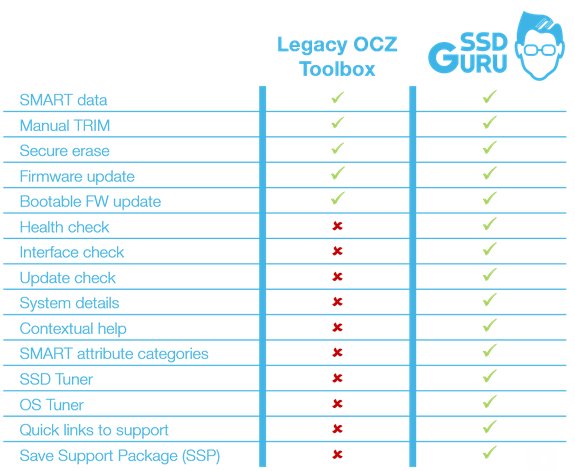 Join HWZ's Telegram channel here and catch all the latest tech news!
Our articles may contain affiliate links. If you buy through these links, we may earn a small commission.
Previous Story
LG reveals prices of its 2015 4K TVs
Next Story
B&O Play by Bang & Olufsen announces the launch of the BeoPlay H8