OCZ has a new entry-level SSD called the ARC 100

OCZ has a new entry-level SSD called the ARC 100 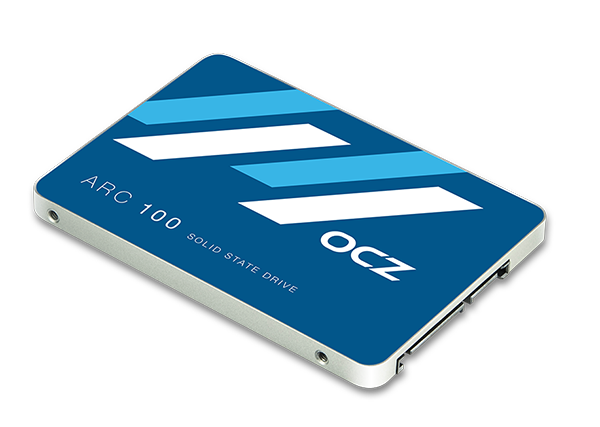 For some time now, OCZ has been focused squarely on the mid to high-end market with its range of Vertex and Vector drives. However, it is showing interest in the entry-level value market again and has just launched a new entry-level drive called the ARC 100.

Since its purchase by Toshiba, OCZ has refreshed its Vertex lineup with the new Vertex 460 and has recently announced a collaboration with AMD to produce its Radeon R7 SSDs. Now, it is signalling its intent to re-enter the entry-level market with its most affordable drive yet.

The ARC 100 will be powered by OCZ's own in-house developed Barefoot 3 controller and will use Toshiba's new A19 MLC NAND. This controller is the same used in the Vertex and Vector, but should sport lower clock speeds. OCZ claims that maximum sequential read and write speeds would be in the region of 490MB/s and 450MB/s respectively.

OCZ also says the drives are good for 20GB write per day for up to three years and will come with matching three-year warranties. The ARC 100 will be offered in 120GB, 240GB and 480GB capacities.