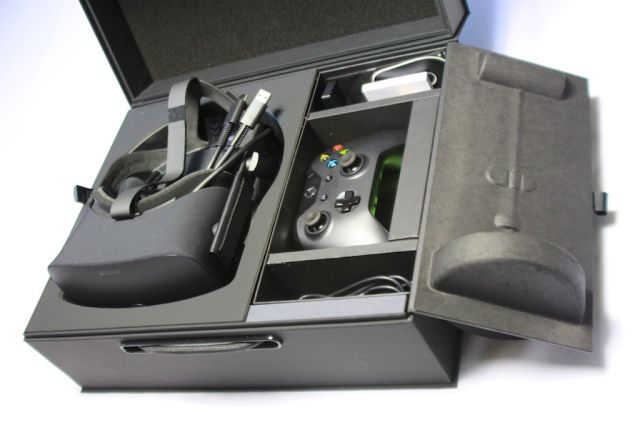 First set of Rifts are going out slower than we orig estimated, so we're giving free shipping for all pre-orders, including international.

The news of the delay also came late, according to Ars Technica. Below is the quoted e-mail Oculus sent to Rift customers last Saturday:

We know you're anxious to receive your Oculus Rift, and apologize for not updating your order status sooner. We've been working through an unexpected component shortage, and unfortunately, that issue has impacted the original shipping estimates for some early customers.

We're working hard to get up-to-date ship windows, and you should expect to see your order status updated on oculus.com by Tuesday, April 12. Although many Rifts will be arriving on schedule and in line with original estimates, we'll be covering shipping and handling costs for all orders placed through today.

In response to the delay, Oculus Rift headsets pre-ordered between January 2016 and 1 April 2016 (before midnight PST) will enjoy waived shipping and handling charges, courtesy of Oculus itself. This waiver is also applied to international shipments.

Join HWZ's Telegram channel here and catch all the latest tech news!
Our articles may contain affiliate links. If you buy through these links, we may earn a small commission.
Previous Story
HP brings ultra-high resolution 4K displays to its entire Envy line-up
Next Story
Samsung patents contact lenses that project images directly into your eye