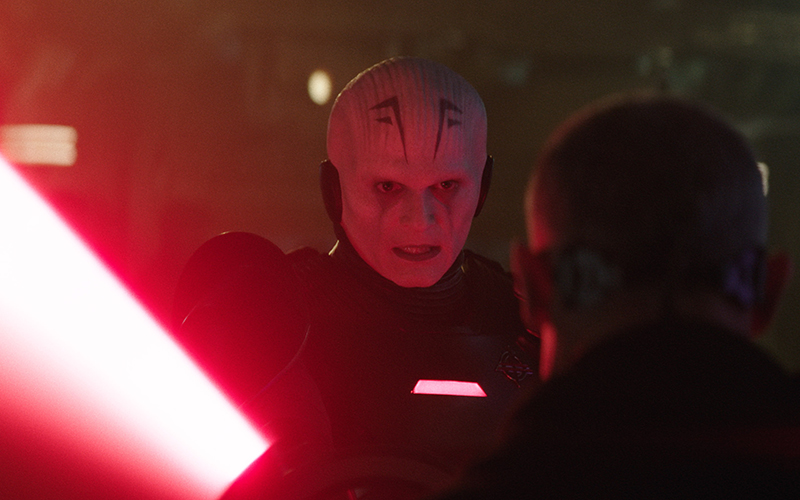 Disney+ has dropped the first teaser trailer for Obi-Wan Kenobi, and it's everything we hoped for and more. For the first time, fans can get a good look at Ewan McGregor's return as the stoic Jedi Master, 10 years after the events of Revenge of the Sith.

The trailer thrusts us into the height of the Galactic Empire, where we find Obi-Wan hiding out on Tatooine. However, Obi-Wan still has a purpose. He's keeping a watchful eye over a young Luke Skywalker, the son of his erstwhile Padawan, long before we first see the two cross paths in the original Stars Wars films.

And in perhaps one of the most exciting reveals in the trailer, we see the Jedi-hunting Inquisitors out in full force, relentlessly searching for our beleaguered Jedi Master. These are the same guys from Star Wars Jedi: Fallen Order, and they also make an appearance in the animated series Star Wars: Rebels.

These lightsaber-wielding hunters are the perfect nemesis for Obi-Wan, hinting at some old-school saber on saber action that we've been sorely missing.

Longtime Star Wars fans will also recognise John Williams' Duel of the Fates soundtrack, which plays over the opening studio titles. Duel of the Fates was first played during the tragic lightsaber duel between Qui-Gon Jinn, Obi-Wan, and Darth Maul in The Phantom Menace, an ominous portent that hints at an eventual clash between Obi-Wan and Darth Vader again in the series.

The only thing that's missing is Vader himself. We hear his breathing as the title card flashes on screen, but it seems like Disney is saving the big reveal for later.

Join HWZ's Telegram channel here and catch all the latest tech news!
Our articles may contain affiliate links. If you buy through these links, we may earn a small commission.
Previous Story
Apple no longer sells the LG UltraFine 5K display after launch of Studio Display
Next Story
Creative adds new features to its Outlier earbuds and goes Pro in 2022