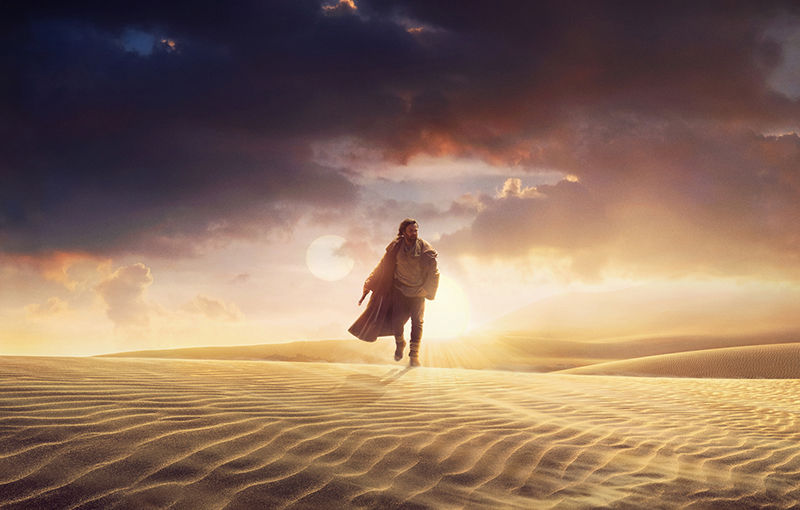 Obi-Wan Kenobi is coming to Disney+ on May 25. The long-awaited Star Wars series was first floated back in 2019, and it finally has a premiere date. This is one of the most hotly-anticipated series to be set in a galaxy far, far away, and it reacquaints fans with Ewan McGregor's Jedi Master in the aftermath of the events of Revenge of the Sith.

Disney+ has not released any teaser trailer for the series yet, providing only a short synopsis that barely hints at what to expect: The story begins 10 years after the dramatic events of “Star Wars: Revenge of the Sith” where Obi-Wan Kenobi faced his greatest defeat — the downfall and corruption of his best friend and Jedi apprentice, Anakin Skywalker, who turned to the dark side as evil Sith Lord Darth Vader.

The poster shows Obi-Wan striding atop the Dune Sea that blankets the desert planet of Tatooine, lightsaber in hand, where we eventually encounter him in A New Hope.

Hayden Christensen will reprise his role as Darth Vader, and McGregor has confirmed that the two will have scenes together. However, it's not yet clear whether Christensen will be masked as Vader the entire time, or if he will appear via flashbacks as well.

After the frenetic blaster-on-blaster action in The Mandalorian and The Book of Boba Fett, fans will be eager to bear witness to more civilised lightsaber duels.

Join HWZ's Telegram channel here and catch all the latest tech news!
Our articles may contain affiliate links. If you buy through these links, we may earn a small commission.
Previous Story
New Moon Knight trailer shows off the hero in full costumed garb
Next Story
Memojis and SharePlay could be used in FaceTime on Apple's mixed reality headset