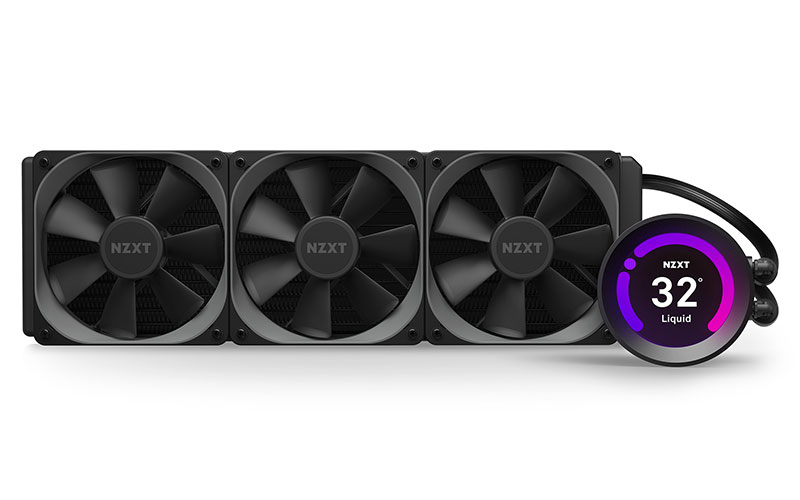 NZXT has announced upgrades to its Kraken series of all-in-one coolers, a much welcome refresh of its over 3-year-old Kraken line. On top of an updated X-series of coolers, the company also revealed its brand new Z- series, which features a customisable 60mm LCD screen that can display system information or a personalised image or GIF.

The Kraken Z63 and Z73 are equipped with 280mm and 360mm radiators respectively, and NZXT says the LCD display is capable of displaying 24-bit colour for a more vibrant image. You can tweak it using the company's CAM software and set it to display anything from the logo of your favourite esports team to a personal photo or funny GIF. Alternatively, it can just display system stats like CPU temperature.

On the other hand, the Kraken X53, X63, and X73 are the direct successors to the likes of the X62 and its siblings. They come with a larger LED ring, so the gorgeous infinity mirror design is ever so slightly more immersive.

Another key improvement is the rotatable top, which allows for more flexibility during installation because you can now ensure the logo is the right side up without having to contort the tubing. This is also useful for avoiding clearance issues with your memory modules, as the side of the pump from which the tubing emerges can be positioned away from the RAM slots. 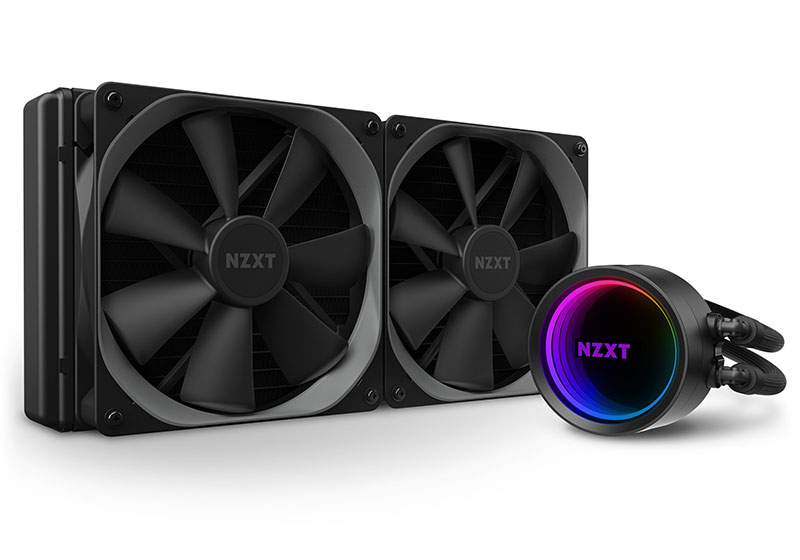 Both the X- and Z-series coolers also come with the new Asetek pump, which is supposedly more powerful and quieter. In addition, you'll find a dedicated NZXT RGB connector on the pump itself, which may come in handy for hooking up extra NZXT RGB accessories, such as its cable combs or lighting strips.

The coolers are equipped with either Aer P120 or P140 fans as well. These are high static pressure fans designed for use on radiators, and it's a pity NZXT hasn't taken this opportunity to introduce RGB versions of its radiator fans. The Aer RGB 2 fans are some of the best-looking RGB fans around, but they're better suited for use as case fans.

The new coolers are expected to be available locally in early February. Here's how much they'll cost:

Join HWZ's Telegram channel here and catch all the latest tech news!
Our articles may contain affiliate links. If you buy through these links, we may earn a small commission.
Previous Story
Coronavirus outbreak could threaten production of iPhones and AirPods
Next Story
Atari is licensing eight gaming hotels in the US