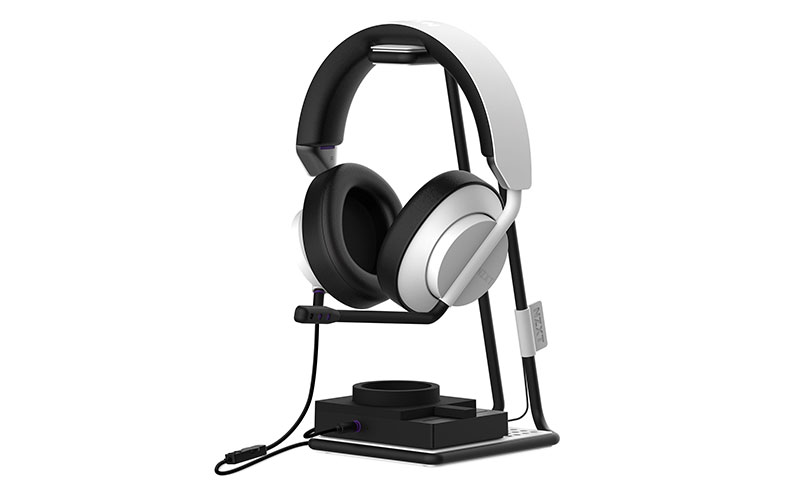 NZXT is best known for its sleek and minimalist PC cases, such as the NZXT H-series chassis. The company also makes a pretty great lighting ecosystem with its Hue 2 RGB lighting kit. In recent years however, the company has shown a willingness to venture into new areas – in 2018, it released the N7 Z370 motherboard, even following up with the N7 Z390 later on.

Today, the company is making its first foray into gaming audio with the unveiling of a complete audio ecosystem featuring the AER headset, MXER audio control station, and STND headset holder.

The AER headset is available in either black or white. The design is sleek and simple, which is pretty much in keeping with the company's other products. It weighs 291g and features 40mm Hi-Res audio certified drivers and a swappable condenser microphone. Both mic and cable can be placed on either the left or right side of the headset, so you can pick whichever works best for your setup.

NZXT is even offering the AER Open, an open-backed version of the headset that's supposed to provide a boost to the mids and offer a more spacious soundstage. That can be useful if you want better positional audio in games, or simply want to be able to hear what's happening around you. An optional USB connection and integrated software also serves up Nahimic 7.1 Surround sound through NZXT CAM. 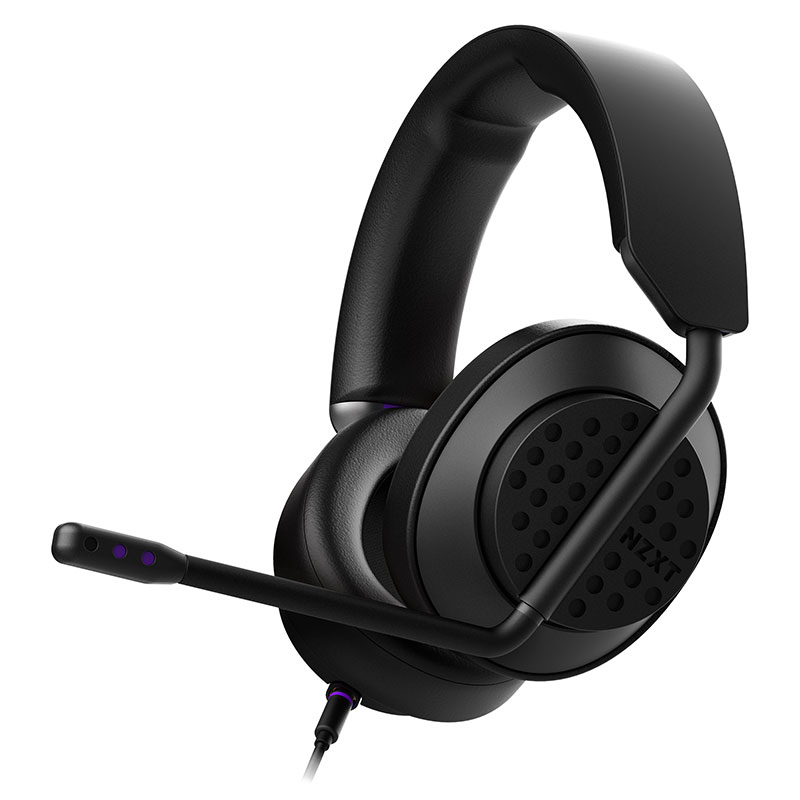 The AER headsets are also Discord-certified, so they're guaranteed to work with the popular voice communications software with zero issues. In addition, they're compatible with the PlayStation 4, Xbox, and Nintendo Switch as well.

Then there's the MXER audio control station, which features a Wolfson DAC and offers voice and game mixing with a studio-grade fader, according to NZXT. It allows for seamless switching between your speakers and headset and also supports Nahimic 7.1 Surround through a USB connection. The last piece of this setup is STND, which is well, a headset stand. It is constructed from a powder-coated steel frame and enables automatic input switching when paired with the MXER audio control station. Setting your headset onto STND will automatically switch audio to your speakers, while removing it returns audio to the headset. It all sounds pretty nifty and convenient, and NZXT is clearly hoping you'll pick up the trio as a set. That said, it seems like STND will be compatible with any wired headset and not just the AER.

Here's an overview of how much they cost:

I've been told that they'll be coming to Singapore around December, so I'll update once there's news on local pricing but you can also keep an eye out at their official store at Lazada.