NZXT’s N7 Z370 is its first ever motherboard, and it’s simply stunning (Updated)

NZXT’s N7 Z370 is its first ever motherboard, and it’s simply stunning 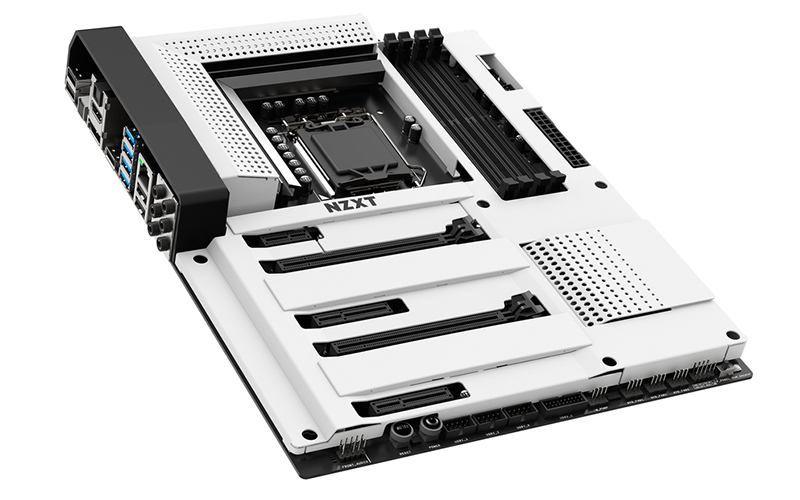 Updated on 22 January 2018: NZXT has announced that it is dropping the price of the N7 Z370 to US$249.99, down from US$299.99 previously. This comes in response to customer feedback, and the company is taking certain steps to reduce costs, such as by removing a set of RGB LED lighting strips and extension cables originally included with the board.

In addition, NZXT says it will sell the board through a more limited channel, which may reduce operating costs by cutting out the middle man.

Finally, the warranty period is being extended from 3 to 4 years, in a bid to assuage concerns about quality from the PC gaming community.

NZXT has gone off in a completely unexpected direction. The company, better known for its PC cases and accessories, makes motherboards now. The NZXT N7 Z370 is its first foray into new territory, and it may be one of the best-looking boards I’ve ever seen.

While there are few motherboards that could be described as elegant, the N7 Z370 fits the bill nicely. Oh, and it'll go wonderfully with NZXT's new H-series cases.

Most gaming motherboards today are quite literally just gaudy displays of RGB LEDs and so-called futuristic designs. And while that may still appeal to a fairly large audience, those who want something more (ahem) adult-looking have often been left out in the cold.

As it turns out, this may be what helps the N7 Z370 stand out in a field comprised of established brands with years of experience in motherboard design.

NZXT’s board is slick, with the entire PCB covered by matte white or black metal. Only the CPU socket, PCIe and DIMM slots, and the requisite power connecters and headers stick out, and the result is a minimalist beauty unlike any other board on the market today.

In addition, you can switch up the color scheme with an assortment of PCH and VRM heatsink covers that you can purchase separately. These are available in glossy blue, red, or purple, and are pretty handy in getting your color-coordinated build done right.

The 15-phase digital power design comprises well-regarded Infineon ICs, but the rest of its feature set appears to be pared down to only include what people really need.

For instance, it only features two full-length PCIe 3.0 x16 slots for support of up to 2-way SLI and CrossFire, in addition to two further PCIe 3.0 x4 and one PCIe 3.0 x1 slot. 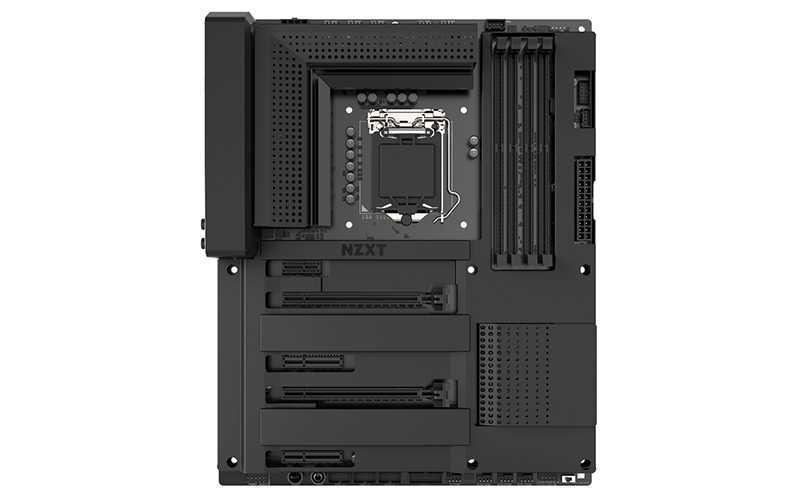 And while most Z370 boards have at least six SATA 6Gbps connectors, the N7 Z370 has just four. However, this means that it avoids most resource sharing conflicts, and you’ll be able to populate both M.2 sockets without losing any SATA ports.

Having said that, one glaring omission is the lack of USB 3.1 (Gen 2) ports of any kind, whether on the rear I/O or via internal headers. Instead, you get four USB 3.1 (Gen 1) Type-A and five USB 2.0 ports on the rear.

NZXT says it designed the board on its own, although it worked with ECS to customize the N7 to its specifications.