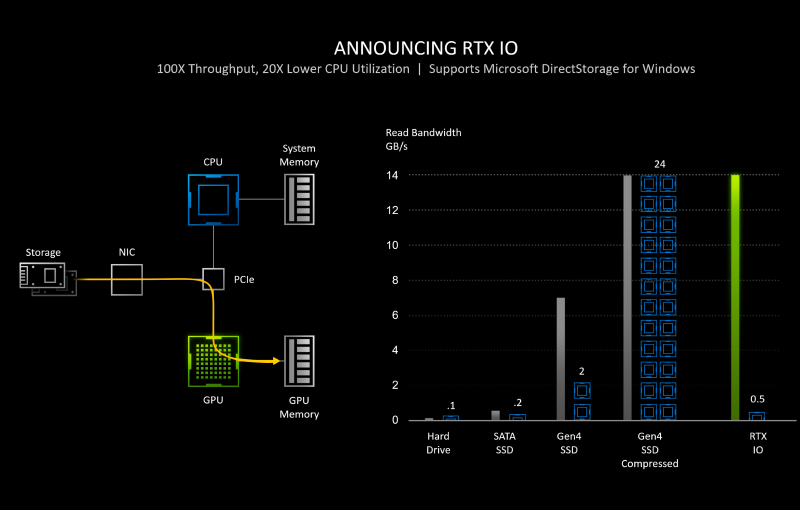 Based upon Microsoft's upcoming DirectStorage API, NVIDIA's RTX IO technology will tap into the processing prowess of GPUs to speed up game loading.

According to NVIDIA, this technology can reduce object pop-in and stutter, and enable high-quality textures to load rapidly.

This end result is that large open world games will load smoothly even if you are speeding through it, meaning none of this nasty drawing effect as you rushing through the world.

While this all sounds very promising, Microsoft only expects to roll out developers previews of DirectStorage next year, so it will won't be until the later half of 2021 that will start seeing games take advantage of this new technology.

If it's any consolation, RTX IO will run on both Ampere and Turing GPUs, which means owners of existing GeForce RTX 20-series cards will be able to enjoy this new technology.

Join HWZ's Telegram channel here and catch all the latest tech news!
Our articles may contain affiliate links. If you buy through these links, we may earn a small commission.
Previous Story
NVIDIA is calling its new RTX 3090 a BFGPU (Big Ferocious GPU) and rightly so!
Next Story
These are the new products that Apple is likely to unveil in Sep and Oct