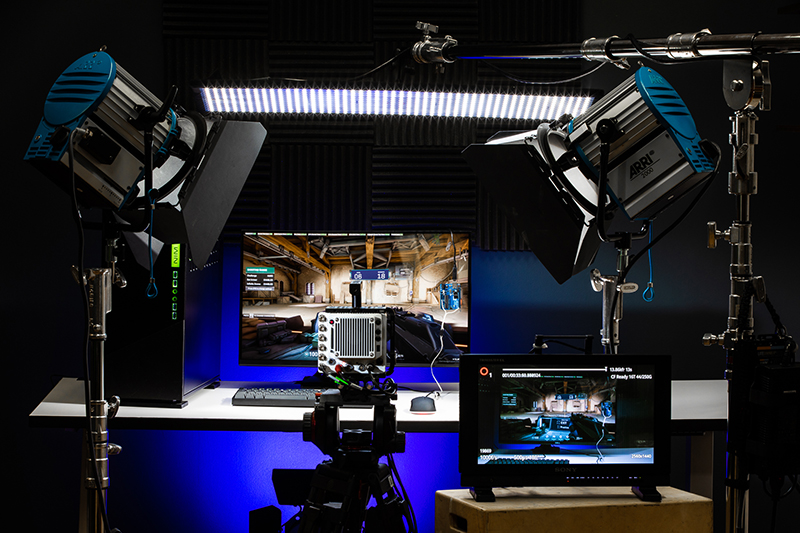 NVIDIA is on a mission to further improve the experience of competitive multiplayer games. NVIDIA Reflex is a new suite of GPU, G-Sync display, and software technologies that measure and reduce system latency in esports titles, with the end goal of allowing the PC and display to respond faster to your mouse and keyboard inputs and ultimately enabling you to hit your shots with greater accuracy.

If there's one thing that players of competitive shooters are obsessed about, it's input lag. We pick high refresh rate monitors and hardware that can maintain a high and consistent frame rate, while also scrutinising the response times of our monitors and nitpicking at settings like V-Sync and the now defunct maximum pre-rendered frames setting in the NVIDIA Control Panel.

But what exactly is input lag? Most of us understand it as the time it takes for you to see an action on your monitor after you've executed an action on your mouse or keyboard. According to NVIDIA however, that term is not entirely accurate since it can be applied to describe different pieces of system latency, be it your mouse, monitor, or even how long a game takes to process your inputs.

Instead, NVIDIA is taking a top-down view of all the things that add to end-to-end system latency, including peripheral, game, render and display latency. There are basically two components to NVIDIA Reflex – the NVIDIA Reflex SDK and Reflex Latency Analyzer.

The Reflex SDK is a new set of APIs for game developers to reduce and measure rendering latency. Developers can integrate it directly with the game, so the game engine works to complete just-in-time rendering, eliminating the GPU render queue and also reducing CPU back pressure in GPU-intensive scenes. As a result, it can further reduce latency beyond existing driver-only techniques, such as NVIDIA Ultra Low Latency Mode. 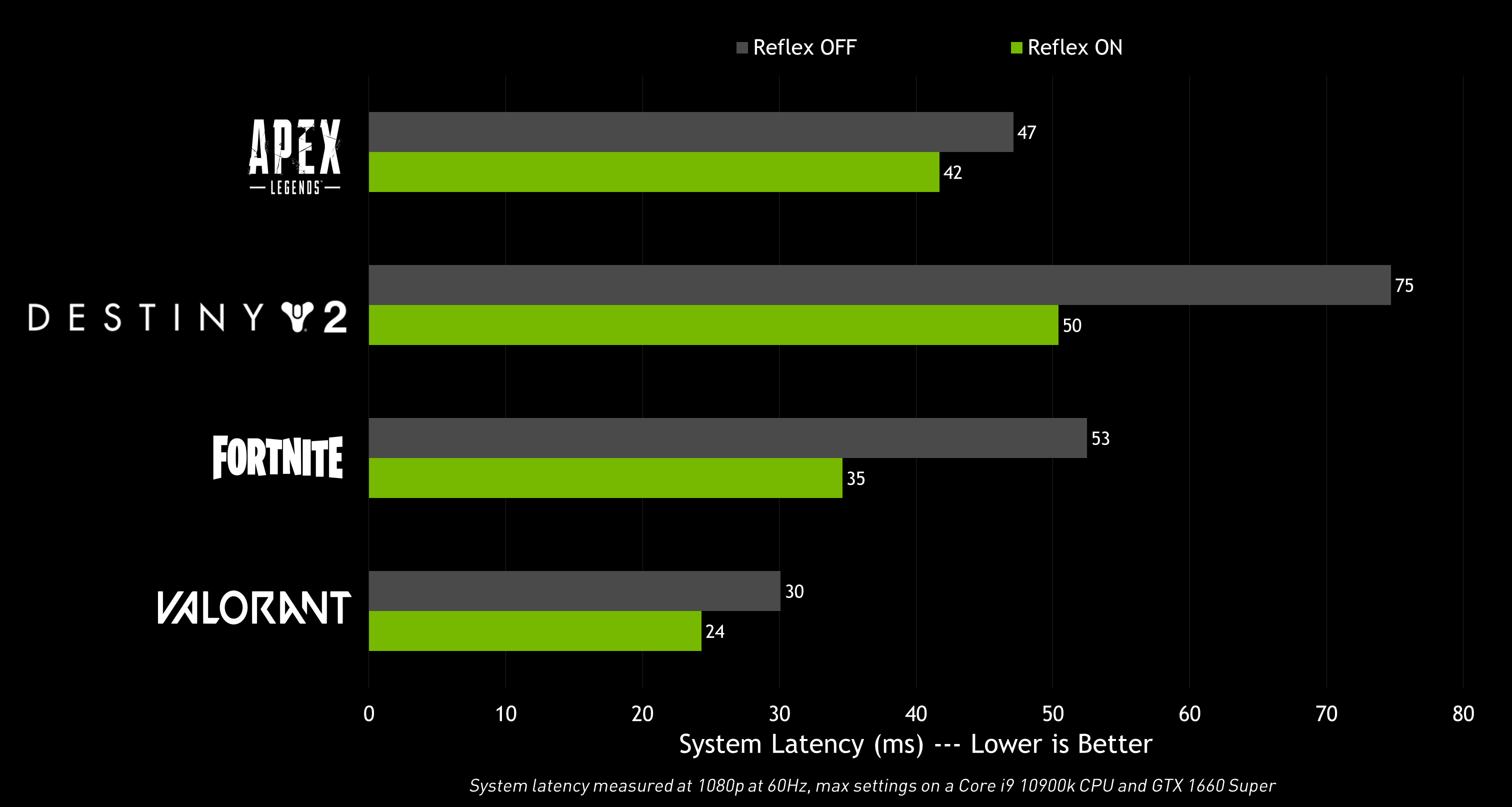 Then there's the Reflex Latency Analyzer, a system latency measurement tool that will be incorporated into the new 360Hz G-Sync displays releasing soon from Acer, ASUS, MSI, and Dell. While the only way to accurately measure input lag now requires a tedious setup involving high-speed cameras and a modified mouse and LED, the new analyser can detect clicks from your mouse and measure the time it takes for the pixels to change on screen, vastly simplifying the entire process.

While this doesn't directly impact your experience in game, it's a nifty tool for those who like to benchmark and optimise their systems for the best possible performance. That said, you will still need a compatible mouse from the likes of ASUS, Logitech, Razer or SteelSeries in order to measure full end-to-end system latency. Without one of these mice, you'll be limited to measuring just PC and display latency.

On top of that, NVIDIA says it will release an open database of average mouse latencies that can be referenced if GeForce Experience recognises your mouse. Gamers will also be able to add mice to the database in the future, and it looks like this could be a valuable repository of information for those of you who love to pore over performance numbers.

Taken together, NVIDIA says you can expect up to a 33 per cent improvement in PC responsiveness with Reflex, even on a mid-range card like the GeForce GTX 1660 Super. Lower latency can deliver gameplay improvements, such as fewer instances where your display lags behind the current state of the game engine and results in a missed shot. It also influences peeker's advantage, and NVIDIA claims a lower system latency can potentially mitigate peeker's advantage completely.

If you'd like to find out more about the nuances of system latency, NVIDIA has a super detailed article right here.

Join HWZ's Telegram channel here and catch all the latest tech news!
Our articles may contain affiliate links. If you buy through these links, we may earn a small commission.
Previous Story
NVIDIA's Broadcast app makes it even easier to start streaming
Next Story
iPhone 11 was the best selling phone in 1H 2020 according to Omdia