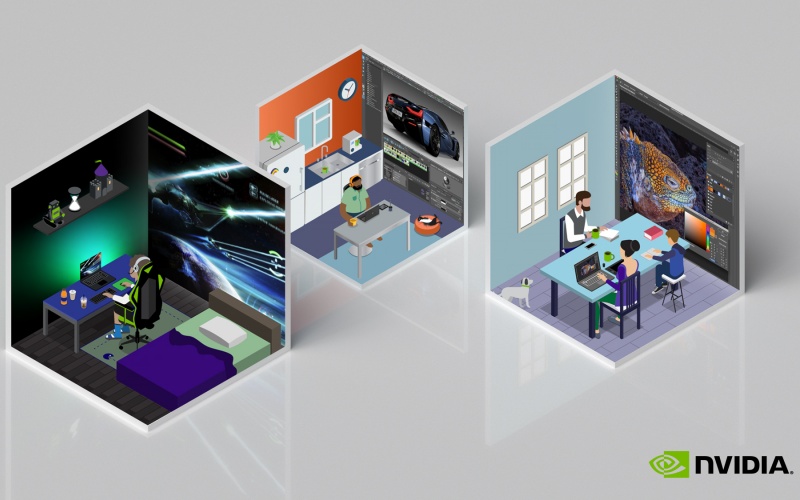 With Covid-19 changing the way we work, many businesses and workers are continuing to have staff working away from the office. In an IDC survey, 31% of businesses with staff working from home said that employee productivity was their primary concern, followed by security.

Virtualisation isn’t a new technology, but its common usage so far has been mainly within the data centre with server virtualisation. But in an online conference this week, NVIDIA’s new virtual GPU software, vGPU July 2020 enables remote work, access to any application from any device, anywhere and with a better user experience, and IT admin manageability.

Looking back at NVIDIA’s vGPU 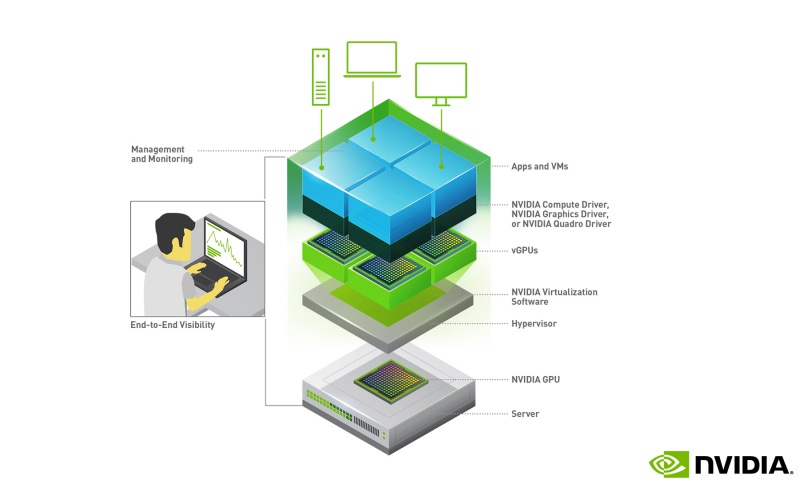 When deploying a remote or virtual desktop in the past, it was particularly difficult to render and deliver complex graphics to endpoints with adequate performance as it used to use CPU power. In desktops and PCs, GPUs were originally developed to offload processing calculations from the CPU for graphics-intensive applications. And in 2012, NVIDIA introduced the first virtual GPU to help reduce lag time when delivering graphics to remote users and providing the same performance they would get from a desktop.

During their research for the previously mentioned study, when IDC interviewed NVIDIA customers using GPU-accelerated virtual desktops, it found organisations with 500-1,000 users experienced a 13 percent increase in productivity, resulting in approximately more than US$1 million in annual savings.

“In a centralised computing environment with virtualised GPU technology, users no longer have to be tied to their physical workstations. As proven recently through remote work companies can turn on a dime, enabling anywhere/anytime access to big data without compromising on performance.”

And the new release brings… 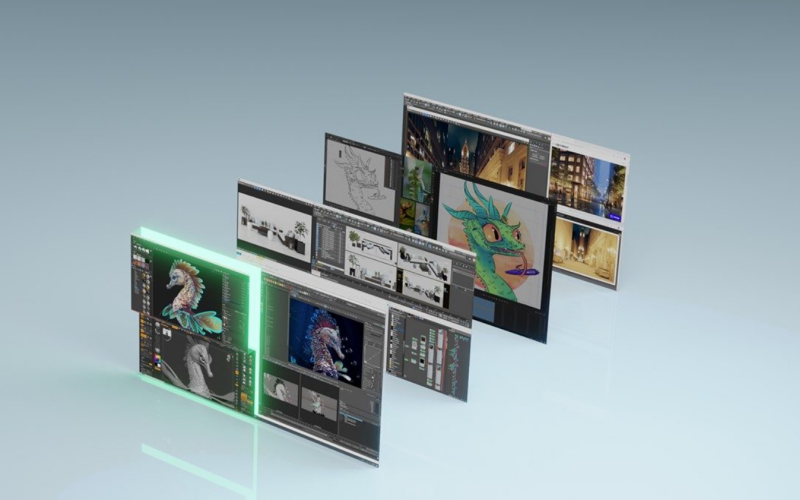 The latest version of vGPU adds support for more workloads and provides workers from designers to data scientists with a “…flexible way to collaborate on projects which require advanced graphics and computing power without the need for their organizations to outfit everyone with their own workstation”.

We asked NVIDIA how much more efficient the new vGPUs were, how many more VDIs could be supported, and how does this compared to current CPU based VDI?

They told us that for users who wanted to run 3D-applications on a virtual machine (such as Catia), they still needed GPU power as these heavy applications typically required a GPU. But for knowledge workers, NVIDIA has seen up to a 33% better performance than a CPU-only VDI. With the typical workload for today’s knowledge workers including, video, office productivity apps, web browsing as well as using multiple high-res monitors.

Collaboration in VR is also getting a boost as Nvidia CloudXR technology uses Nvidia RTX and vGPU software to deliver VR and augmented reality across both 5G and Wi-Fi networks. The latest version of vGPU adds 120Hz vSync support at resolutions up to 4K and this gives CloudXR users an even smoother immersive experience on untethered devices.

Other improvements include better user experience and manageability for demanding workloads such as Omniverse AEC Experience for real-time photorealistic rendering of architectural and engineering models.

For IT admins, it comes with features that improve operational efficiencies. They can expect to see reduced deployment time of new VMs and increased manageability. Some of the new features include:

According to NVIDIA, the global rollout and pricing of the new vGPU July 2020 are coming soon.

Join HWZ's Telegram channel here and catch all the latest tech news!
Our articles may contain affiliate links. If you buy through these links, we may earn a small commission.
Previous Story
Panasonic's true wireless buds bring 'dual hybrid' noise cancelling to Singapore
Next Story
Fortnite is finally coming out of early access after three years