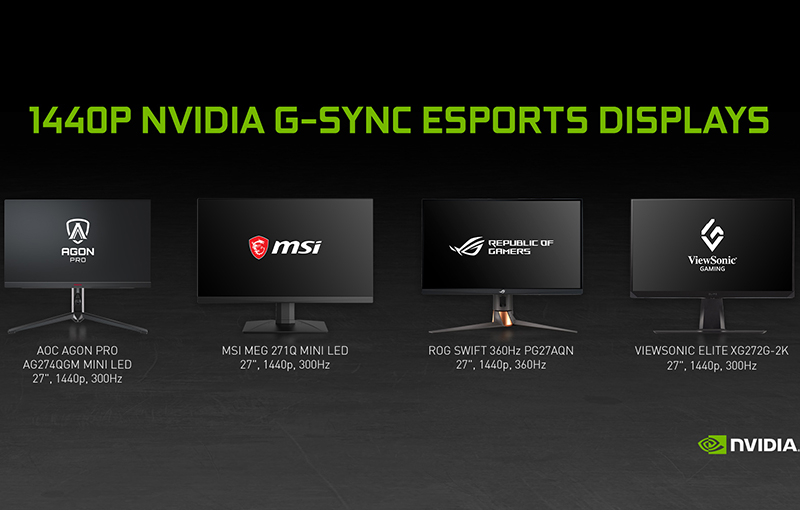 It used to be that you had to decide between screen resolution and refresh rates. Not anymore. Esports monitors are finally going beyond 1080p with a new crop of 27-inch 1440p displays from AOC, MSI, ASUS and Viewsonic. With the exception of the ASUS ROG Swift PG27AQN which has a 360Hz refresh rate, the others all top out at 300Hz.

As NVIDIA puts it, with today's top GeForce RTX GPUs capable of rendering esports titles at above 360fps at 1440p, there's no reason why you can't enjoy the best of both worlds.

A higher resolution display can help provide larger and more detailed targets, and NVIDIA claims that its research shows that 1440p 27-inch screens can improve aim by up to 3% over traditional 1080p 24-inch displays when aiming at small targets. That may not seem like a lot, but at the highest echelons of competition, that difference can make or break a game.

The new displays use Dual-Driver IPS panels from AUO, which is what makes possible the 1440p resolution and 360Hz refresh rate. Any gamer knows that high refresh rates can make a world of difference in competitive titles, making gameplay feel a whole lot smoother and more responsive. With refresh rates of upward of 300Hz, gamers can now enjoy crisp, detailed images and the same fluidity that had been largely limited to 1080p displays.

That aside, they all come with NVIDIA's tech baked in, including Esports Vibrance, Dual-Format, Reflex Analyzer, and of course, G-Sync. Esports Vibrance is a new enhanced vibrance mode built directly into the monitor's firmware. It is specifically tuned for esports titles, and helps enemies stand out by adding more colour to the scene. This is possible thanks to the mini LED backlighting and IGZO transistors, which allows for thousands of local dimming zones and more light to pass through the LCD crystals.

Dual-Format is an interesting feature as well. It mimics a smaller 25-inch display at 1080p, in case you still want to keep to the resolution and settings you're familiar with. This is probably due to the fact that many older esports-oriented monitors were smaller, adding a neat bit of flexibility for those who have trouble adapting to a larger screen. 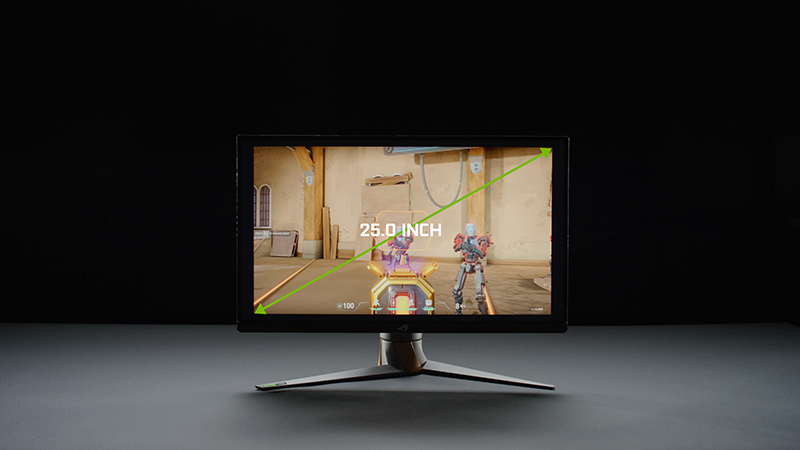 Reflex Analyzer is also automatic now, and you can just measure latency in just one click. All you have to do is plug your mouse into the appropriate USB port on your monitor and hit Alt + R. If you don't have a Reflex compatible mouse, you can still measure the latency of your PC and display.

Here are the models of the four new monitors just announced: