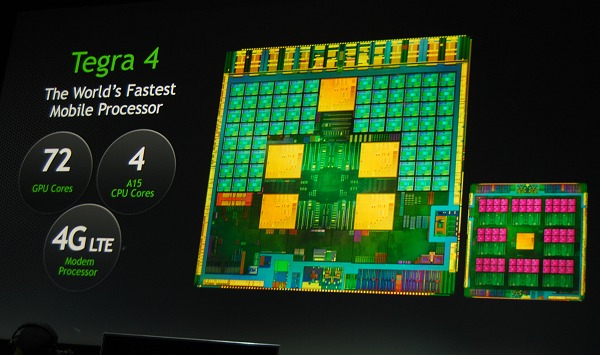 NVIDIA just unveiled its next generation Tegra 4 quad-core processor at CES 2013. Similar to what we've seen from a leaked slide on Chinese blog ChipHell, the Tegra 4 processor retains the 4-Plus-1 CPU architecture, which is first implemented in Tegra 3.

It is the first quad-core processor to utilize four Cortex A15 cores, although Google and Samsung were the first to deploy them in the dual-core Nexus 10. The Tegra 4 also comes with 4G LTE support when combined with NVIDIA's new fifth generation Iceria i500 programmable processor. This puts NVIDIA in the same league as the market leader, Qualcomm in terms of 4G support. 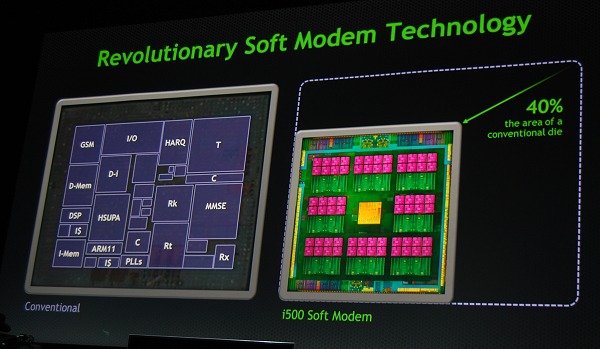 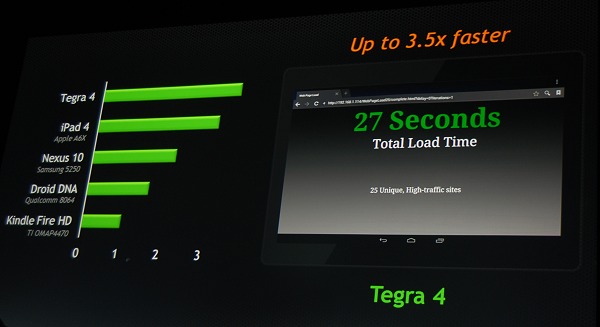 HTC is rumored to be unveiling the world's first smartphone powered by the Tegra 4 processor. Stay tuned as we find out more from NVIDIA at CES 2013.