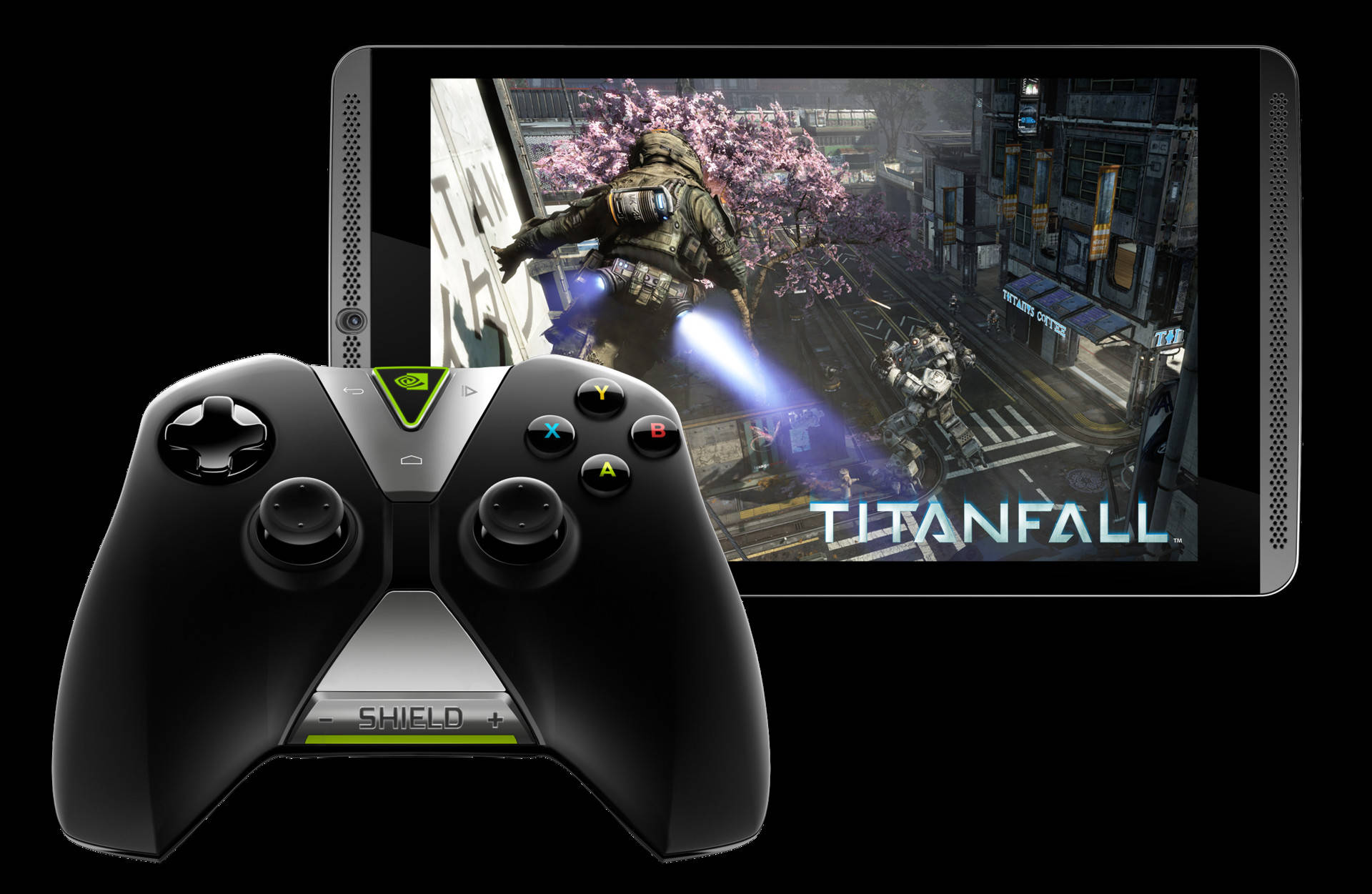 NVIDIA has unveiled the Shield Tablet, an 8-inch, 1920 x 1200 pixel resolution Full HD display, 32-bit Tegra K1-powered gaming tablet launching next week in the US for $299. Seeing that the 8-inch form factor is becoming the most user-friendly screen size that bodes well for portability, we're glad that the new Shield Tablet is following the tablet trends closely.

The Shield Tablet also features 2GB of RAM, 16GB storage, a MicroSD slot for up to 128GB of storage expansion, a 5MP front-facing camera as well as a 5MP autofocus rear camera, a stylus using NVIDIA's DirectStylus 2 technology (more on this in our HP Slate 7 Extreme review and a watch a demo of it here), front-facing stereo speakers, ten hours of battery life for video playback and 3-5 hours for gaming, and a construction that the company claims dissipates twice as much heat as its rivals during extended gaming sessions. An LTE compatible version with a 32GB storage capacity will also be available for US$399. 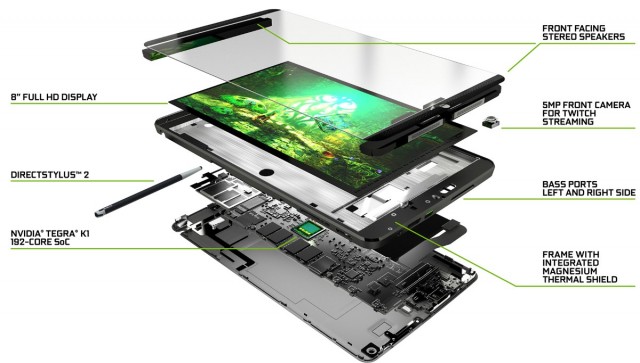 The tablet runs on Android 4.4.3, with a few gaming enhancements from NVIDIA. Twitch is integrated into the device system wide, allowing players to stream almost any app, game, or part of Android interface. When connected to a TV, the tablet automatically switches into "Console Mode," which brings up a controller-optimized 1080p interface for launching and purchasing apps and games.

Other apps include 1080p Netflix streaming, Hulu Plus, Shadowplay for capturing gameplay footage, and Gamestream for streaming PC games directly to the tablet.

11 Tegra-K1 optimised games will be available at launch, including The Talos Principle, Half Life 2, and free-to-play shooter War Thunder, complete with cross-platform online play. All Shield Tablet purchases will also include a free copy of Trine 2.

Launched alongside the Shield Tablet will be a separate wireless controller, which strongly resembles an Xbox 360 gamepad, except with the addition of Android-specific home and back buttons and a touch pad at the bottom for controlling mouse actions for games streamed from a PC. In addition, the controller features an integrated microphone for controlling Google Now in Android, as well as voice chat in games. Interestingly, the controller connects via a direct Wi-Fi connection rather than Bluetooth, which NVIDIA states will result in lower latency and superior bandwidth. The controller will be sold separately for US$59. A kickstand is also available separately for US$39.

It's worth noting that the tablet is running NVIDIA's 32-bit Tegra K1 system on a chip, not the flagship 64-bit version. Having said that, it was the quad-core Cortex-A15 CPU and Kepler architecture graphics of the 32-bit Tegra K1 that were demonstrated at Google I/O this year during their gaming graphics demo, so perhaps the 32-bit version is sufficient.

No word yet on when or if the Shield Tablet will be launching in Singapore, but you can probably take a guess since their Shield handheld device from last year hasn't yet been available here either.