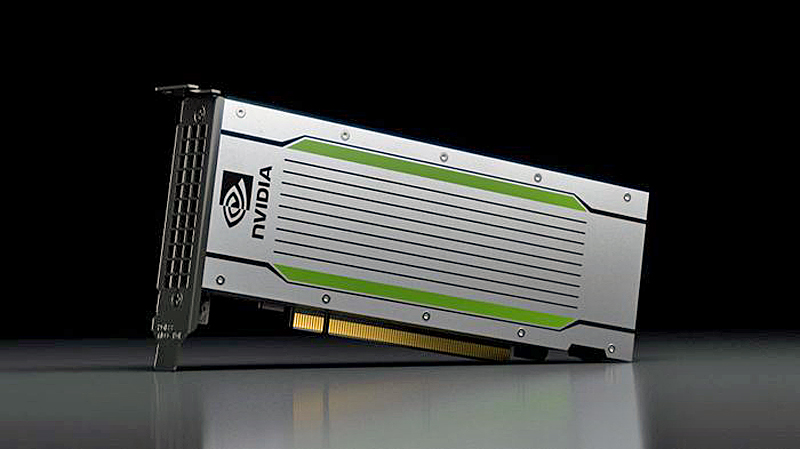 The Tesla T4 is designed for AI inference and is touted to enhance the user experiences in current AI applications by speeding up inference from trained data models extracted from deep learning systems. By bringing its graphics compute prowess to support virtual workloads, the Tesla T4 is elevated to the next level of workflow acceleration. 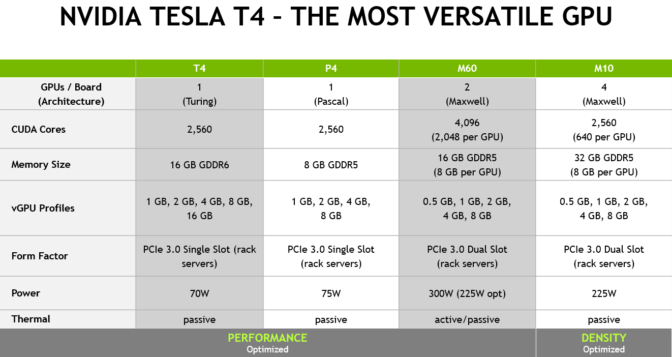 Its single-slot form factor and its relatively low power draw of 70W allows for operating costs reduction. Now, it offers more flexibility in deployment in terms of its vGPU profiles. As an added bonus, the Tesla T4 graphics card joins the other Tesla GPU series on Google Cloud Platform, so that users can leverage NVIDIA Grid virtual workstations on Google Cloud platform to boost their graphics processing workflows from anywhere.