NVIDIA is adding its i500 LTE modem and 4G LTE cellular connection to its Tegra Note 7. The company is also expanding the 7-inch Android tablet's availability, bringing it over the next few months to Western Europe, Brazil, and Ukraine. 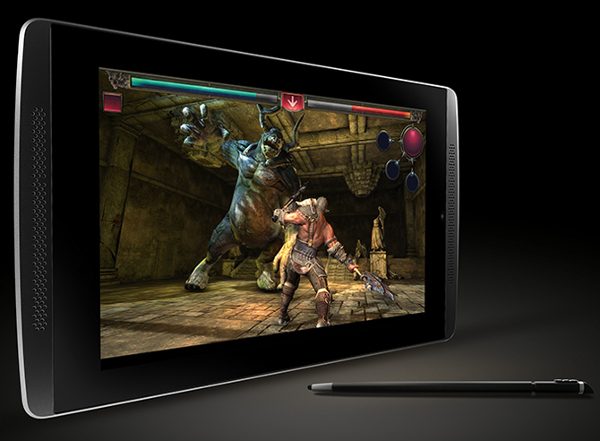 Armed with the Tegra 4 processor, the Tegra Note 7 runs on the Android 4.4.2 KitKat platform, and includes a stylus. Now, it's additionally available with LTE and HSPA+ mobile connectivity, and can operate on various carriers across the world. Users can now access to the web, check maps, and play videos anywhere, by purchasing a minimum data plan from their carriers.

NVIDIA's cellular LTE modem chipset, its fifth-gen i500 processor, leverages a unique software-defined radio technology, delivering new capabilities via software without requiring an entirely new chipset. Also, it's only 40% the size of conventional models but owns four times the processing capability of its predecessor.

The entire Tegra Note 7 family also received an over-the-air update that enhanced the OS to Android 4.4.2 KitKat, which includes support for Gamepad Mapper. Introduced previously for NVIDIA's Shield portable gaming and entertainment device, Gamepad Mapper turns touch-based Android games into ones that can be enjoyed with physical controls of a Bluetooth controller.

The Tegra Note 7 LTE will be priced from US$299, and will roll out in selected regions starting Q2 2014.

Join HWZ's Telegram channel here and catch all the latest tech news!
Our articles may contain affiliate links. If you buy through these links, we may earn a small commission.
Previous Story
4.7-inch Wiko Wax is Europe's First Tegra 4i Smartphone
Next Story
SanDisk Announces Its First Dual USB Drive and Premium USB 3.0 Flash Drive