NVIDIA supercharges DGX-1 supercomputer with Volta, bumps it to US$149,000 and debuts DGX Station at half the price

NVIDIA supercharges DGX-1 supercomputer with Volta, bumps it to US$149,000 and debuts DGX Station at half the price 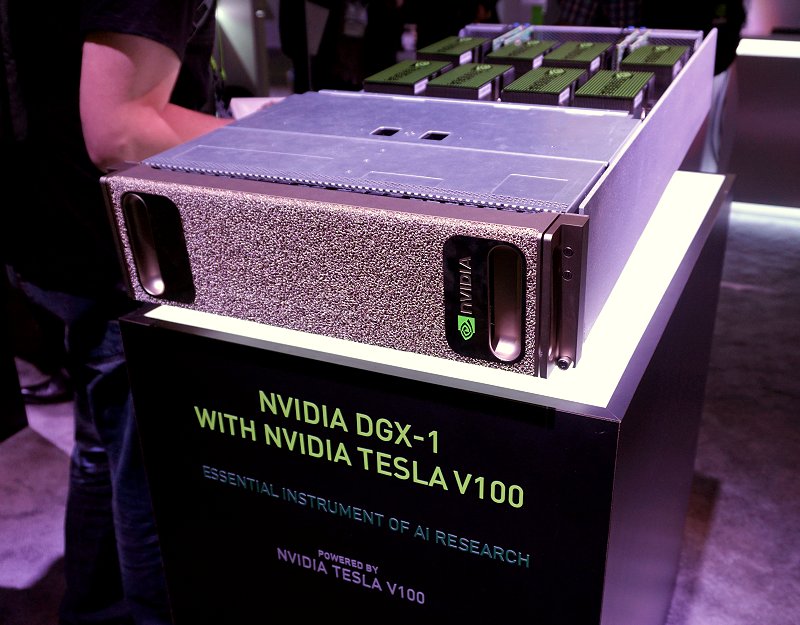 NVIDIA just debuted their first Volta architecture based GPU and it’s a phenomenal chip. Rising from the US$3 billion investment that went into creating the very best compute unite money can buy, NVIDIA is firmly committed to providing the most productive platform for deep learning.

In fact, the DGX-1 supercomputer is touted to be the fastest path to deep learning and it’s apparent from customers who’ve invested in them. Configuring and producing the hardware isn’t really NVIDIA’s key differentiator in offering these supercomputers. But, offering the right software stack in the DGX-1 to get it going immediately from day one and support to navigate the realms of deep learning is as important as the hardware that’s powering it.

At GTC 2017, when NVIDIA debuted the crazy fast Volta-based Tesla V100 compute unit that can churn out 120 Tensor TFLOPS, they made sure to reserve the first batch for their DGX-1 supercomputers. Interested customers can make a payment out to NVIDIA for US$149,000 and expect a DGX-1 equipped with 8 x Tesla V100 compute units sometime in Q3 this year. OEM vendors will get their hands on the Tesla V100 for their implementation from Q4 2017. Here's a quick breakdown of the updated DGX-1:- 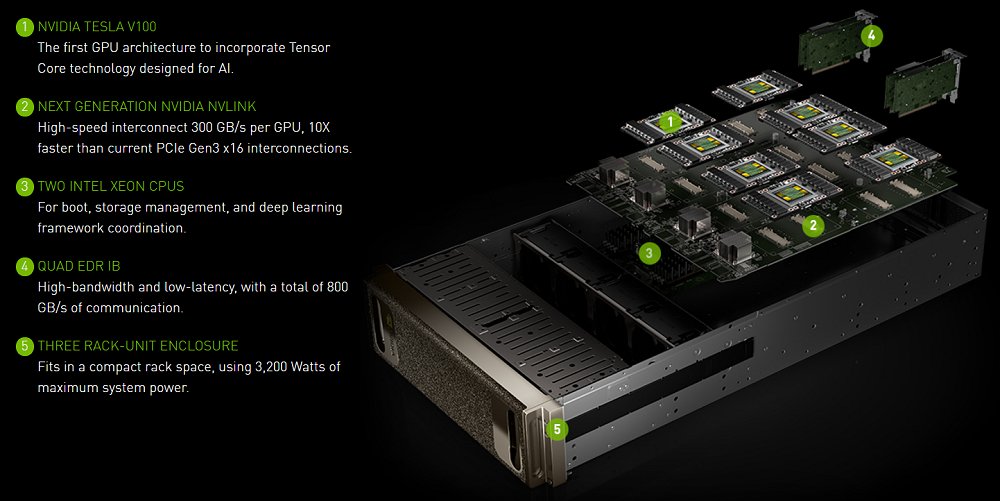 In case you didn’t realize, that’s US$20,000 more expensive than the Tesla P100 Pascal based DGX-1 supercomputer, but judging by the performance upswing that the Tesla V100 variant boasts, NVIDIA’s asking price is probably justified. Not to mention, they’ve invested dearly in creating the GV100. 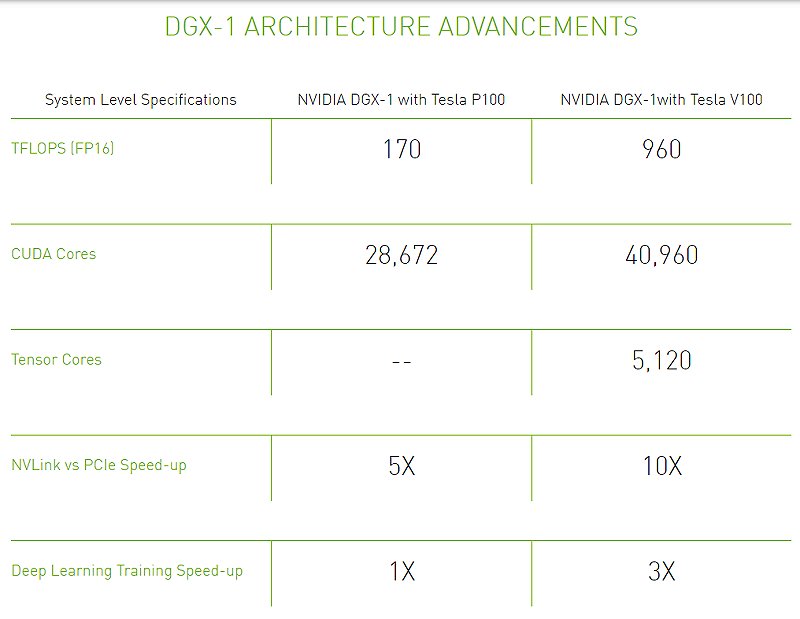 Enter the personal AI supercomputer, the DGX Station for US$69,000 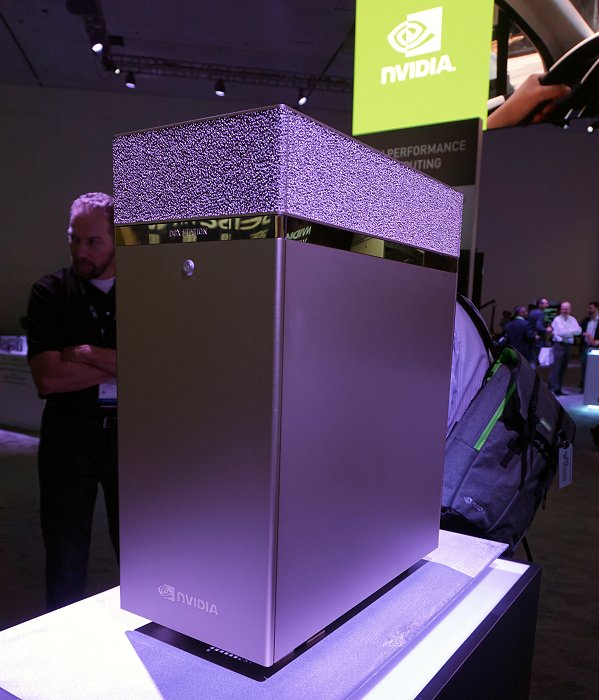 Now this new entrant is a supercomputer in a familiar tower form factor that’s desk friendly and super quiet thanks to its water cooled internals. It’s put together with the same ideals as the DGX-1, only that this is more accessible, both in cost and in deployment thanks to its form factor.

It's a sized down DGX-1 in every way – half the CPU(s), half the GPUs, half the system memory, half the power draw, you get the picture. Here’s how the new DGX Station decks up against the first version of DGX-1 and the updated Tesla V100 equipped DGX-1:-

Now the really interesting bit is that the DGX Station actually has more compute power than the original DGX-1 supercomputer – 480 TFLOPS vs. 170 TFLOPs – and it costs a lot less as well. This is all thanks to the new Volta architecture based Tesla V100 compute units that’s used on the DGX Station.

If that piqued your interest and have US$69,000 to spare, you can pre-order the DGX Station from NVIDIA and it will be ready to ship from Q3 this year, just like the updated DGX-1. 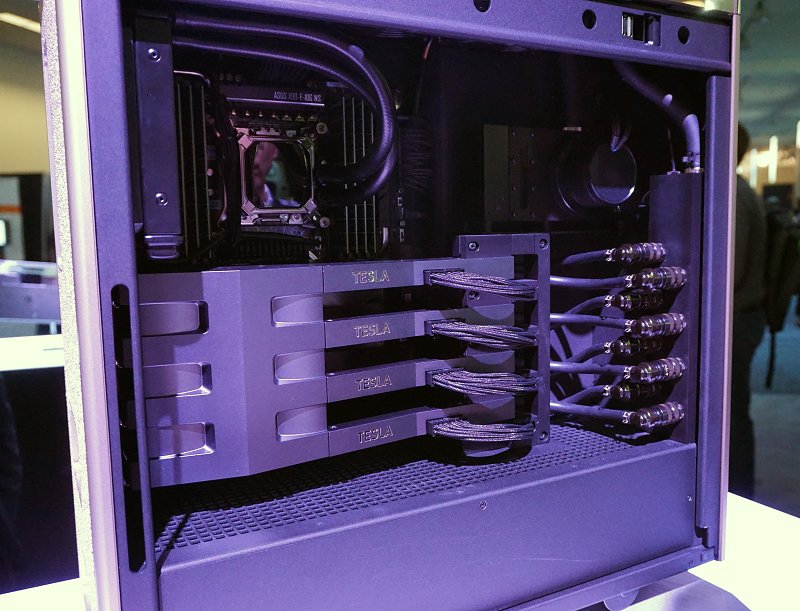 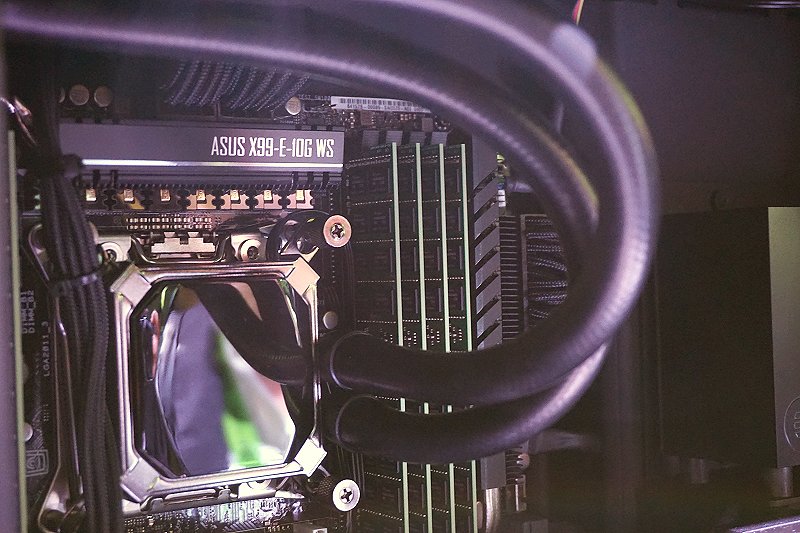 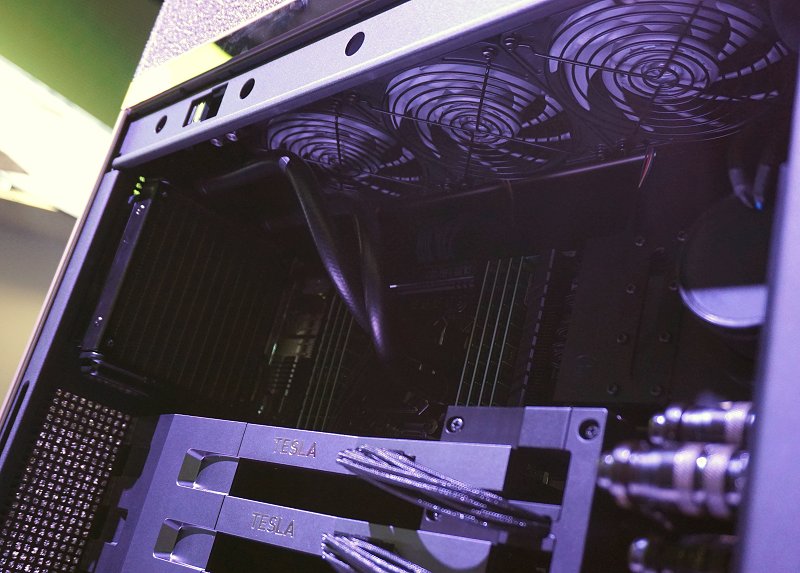 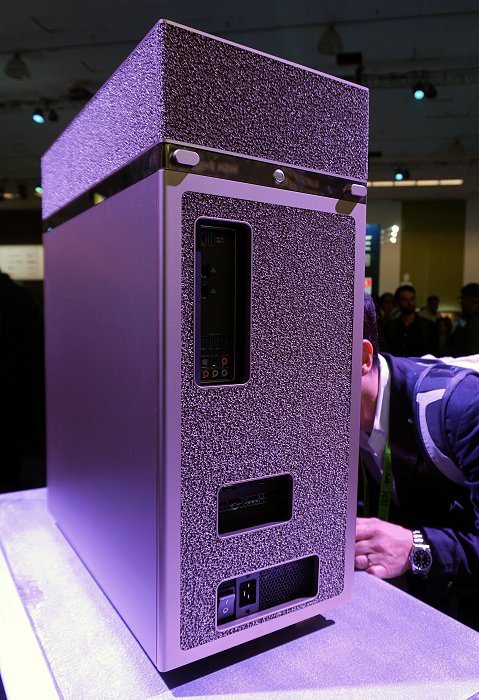 Previous Story
LG is reportedly the supplier of an important component for the iPhone 8
Next Story
NVIDIA launches its new GPU Cloud platform for easy A.I. development