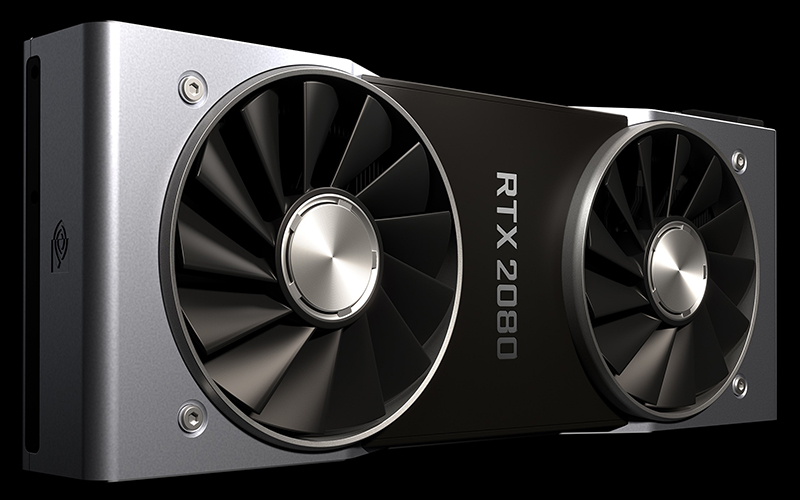 When NVIDIA finally revealed its GeForce RTX 20-series cards on Monday, it left out one key detail – performance numbers. Real-time ray tracing sounds revolutionary, but everyone was left wondering how the cards would perform in games that hadn’t been updated to take advantage of Turing’s RT cores. 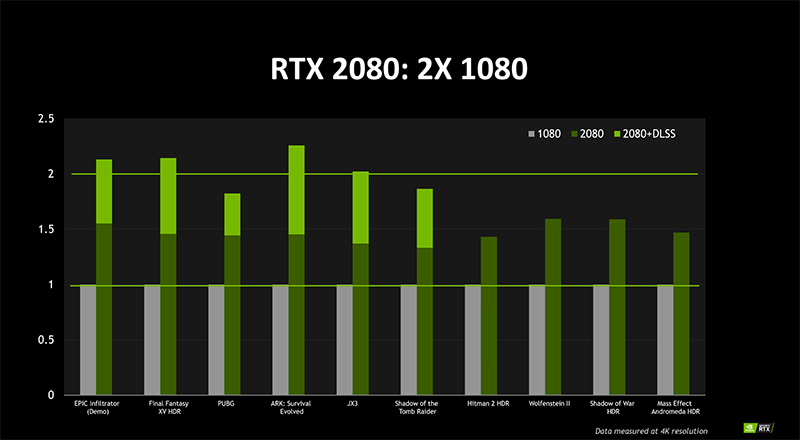 However, there’s the potential for an even greater jump. Games that are able to take advantage of NVIDIA’s new anti-aliasing technology, called Deep Learning Super Sampling (DLSS), can be up to twice as fast on the GeForce RTX 2080.

That said, this is still a very narrow slice of performance, and the numbers NVIDIA showed only reflect performance at a 4K resolution.

In addition, NVIDIA is claiming that the GeForce RTX 2080 is capable of exceeding 60fps at 4K in a range of demanding, AAA titles like Far Cry 5, Destiny 2, and Star Wars Battlefront II. 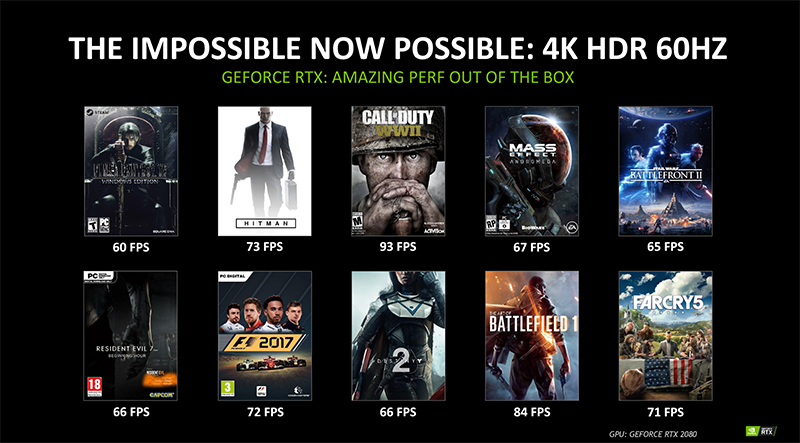 You shouldn’t always take vendor numbers at face value, but these numbers should address major concerns about the 20-series cards’ performance in traditional, rasterized games. In the meantime, stay tuned for our full review of the card.