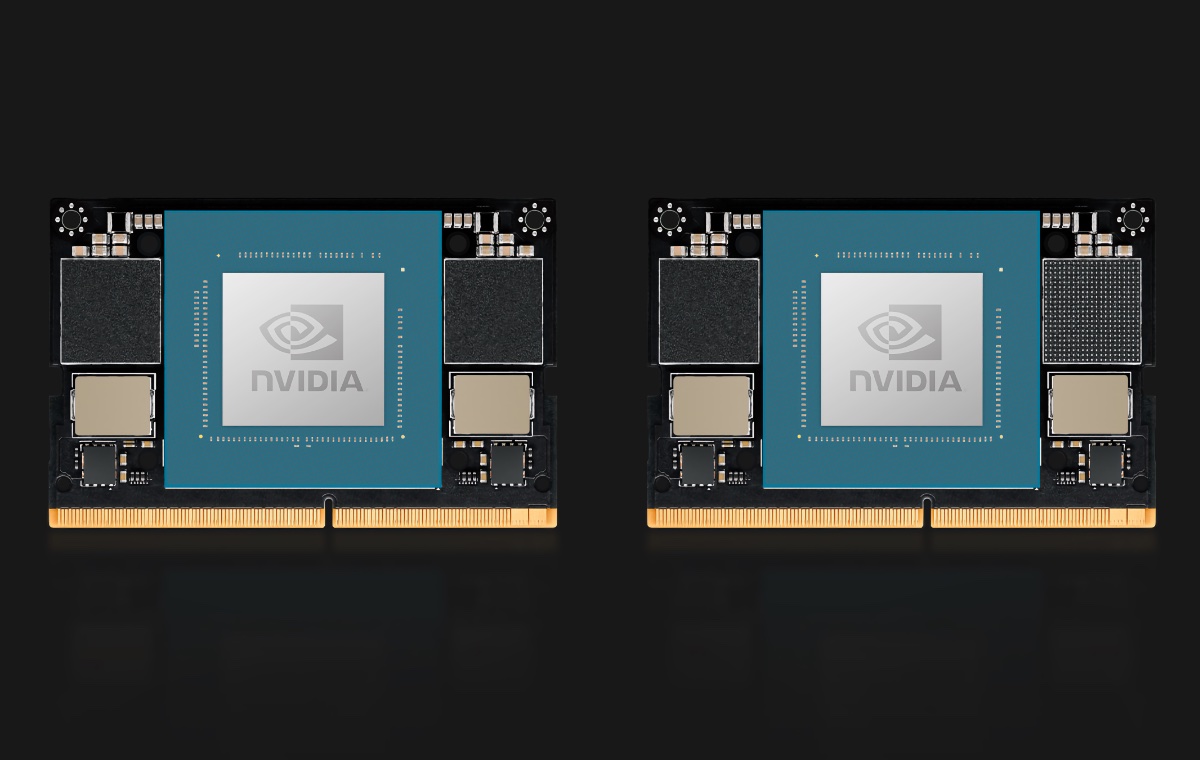 Amid NVIDIA’s Fall GTC Conference 2022, the company took the wraps off the expansion to the Jetson lineup by introducing the Jetson Orin Nano. This system-on-module (SOM) will power the next generation of entry-level AI and robotics, NVIDIA said.

Think of a System-on-Module (SOM) a level higher than a system-on-a-chip (SOC) but less than a computer. It provides the core components of an embedded processing system — including processor cores, communication interfaces, and memory blocks — on a single production-ready printed circuit board.

NVIDIA says that these new Orin Nano modules are 80 times faster than the previous generation Jetson Nano that was launched in 2019. Jetson AGX Orin was introduced at NVIDIA GTC 2022 in March and was to help drive edge computing and moving analytics at the edge. Orin Nano expands the portfolio with more affordable configurations.

There are now six Orin-based production modules to support a full range of edge AI and robotics applications.

NVIDIA says that it can handle up to 40 trillion operations per second (TOPS) of AI-related tasks. It’s also fully compatible with Nvidia’s Orin NX modules, including full emulation support that will enable Nvidia’s customers to design around multiple Jetson modules. Other perks include support for multiple concurrent AI application pipelines, complete with fast inputs and outputs.

The company says that the compatibility with other Orin modules will make the new Orin Nano attractive to the 1,000 early adopters like Canon, John Deere, Microsoft Azure, Teradyne, TK Elevator, and many more.

The Jetson Orin Nano modules will be available in January starting at US$199. We will update this article with local pricing and availability when we have more information.

Join HWZ's Telegram channel here and catch all the latest tech news!
Our articles may contain affiliate links. If you buy through these links, we may earn a small commission.
Previous Story
iOS 16.1 beta 2 finally nails the battery percentage indicator with one that updates dynamically
Next Story
NVIDIA advances healthcare research with new edge AI platform and large language models