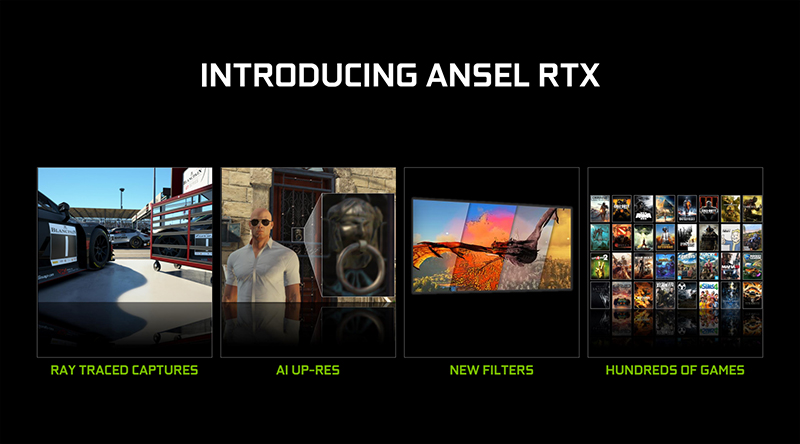 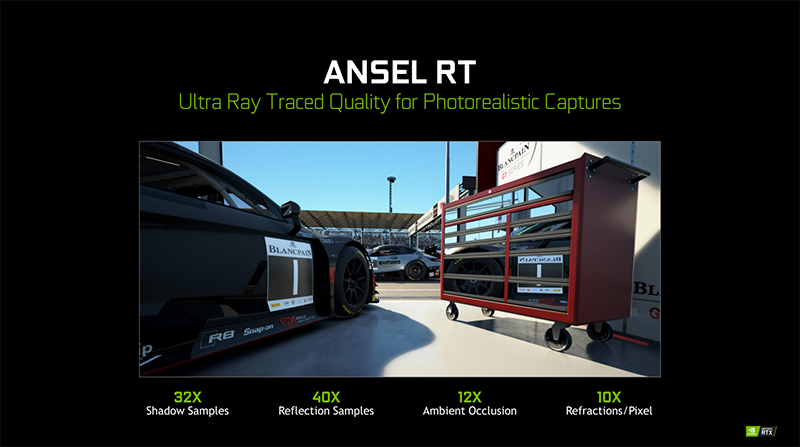 Another highlight is something NVIDIA calls AI up-res, which relies on trained neural networks to up-res a 1080p photo to an 8K resolution. 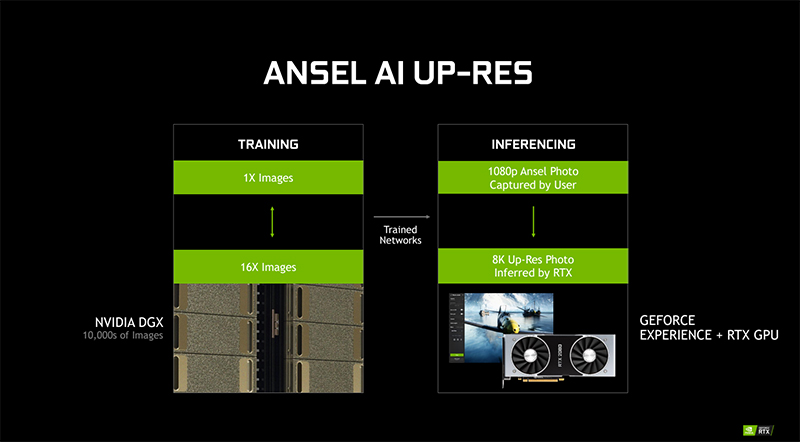 NVIDIA is adding new filters to Ansel as well, with new stickers, a letterbox mode, and a green screen feature. The latter is pretty neat, and you can grab scenes from a game, adjust it for depth of field, and superimpose the foreground on a backdrop of your choosing.

NVIDIA showcased this feature to a few laughs, pasting a shot of Agent 47 reading a newspaper on a bench in front of the Gamescom venue.

That said, over 50 games feature Ansel SDK integration now, and they get additional capabilities such as the free camera, 360-degree screenshots, and Ansel RT. 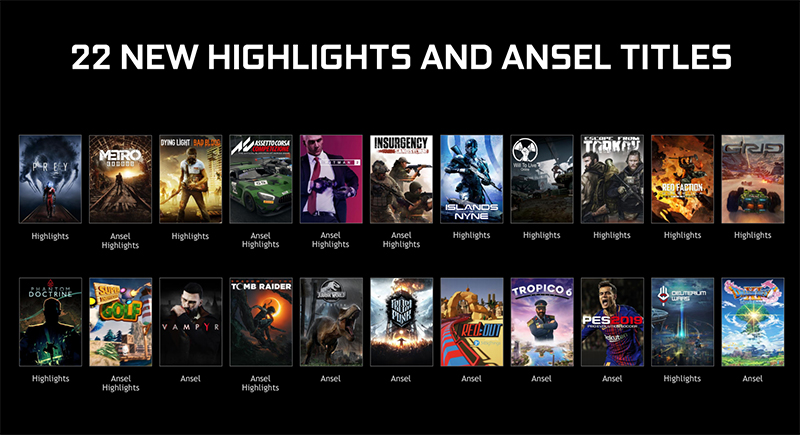 One of the biggest games to add support for Ansel and NVIDIA Highlights is probably Battlefield V, but you can look forward to support from games like Shadow of the Tomb Raider and Metro Exodus as well.

Join HWZ's Telegram channel here and catch all the latest tech news!
Our articles may contain affiliate links. If you buy through these links, we may earn a small commission.
Previous Story
NVIDIA says its DLSS tech makes the GeForce RTX 2080 up to twice as fast as the GTX 1080
Next Story
The Nokia X6 and X5 are rebranded as Nokia 6.1 Plus and 5.1 Plus for global markets