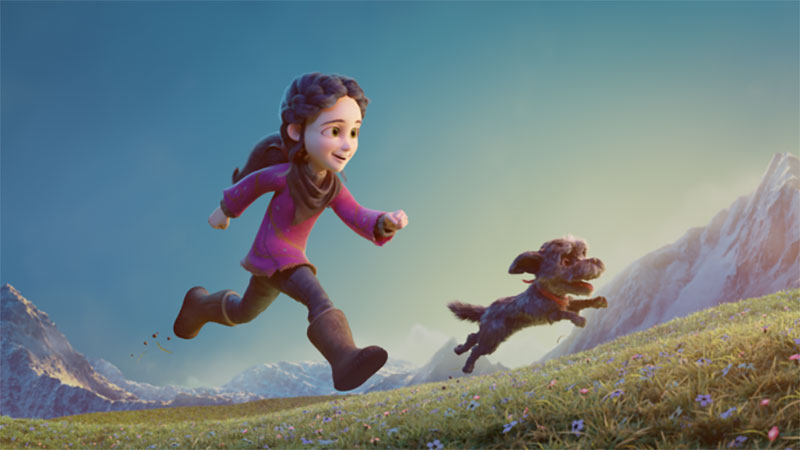 NVIDIA's GeForce RTX graphics cards may have ushered in ray tracing support on games, but real-time ray tracing is also coming in useful on professional applications for content creators, such as animators that need to construct complex scenes with realistic 3D characters.

In addition to its Game Ready drivers, NVIDIA also releases Studio drivers that optimise performance for these applications and programs. This means they've been extensively tested with creator workflows involving multiple apps and also multiple revisions of popular programs to ensure better performance and reliability.

The latest Studio drivers build on this with performance boosts for V-Ray and Blender's Cycles Renderer. V-Ray is popularly used in industries like 3D animation, visual effects, architecture, automotive, and product design, while Cycles can enhance 3D animation with things like subsurface scattering and motion blur.

According to NVIDIA, the new update will speed up GPU rendering by an average of 40 per cent in V-Ray, when compared to general GPU acceleration on the same RTX hardware. This means that artists can render complex scenes with photorealistic details even faster than before.

Blender's Cycles renderer is also getting RTX support, and users can now take advantage of real-time rendering to create high-quality images and improve performance by up to 4x compared to CPU rendering. Ray tracing operations are now accelerated by the GPU and utilise NVIDIA's OptiX ray tracing renderer. Prior to the GeForce RTX GPUs, OptiX used slower CUDA cores.

NVIDIA's Quadro RTX GPUs can take advantage of the new driver too, but the support for GeForce RTX GPUs should be a pretty welcome fact for folks who don't want to shell out for the far more expensive Quadro cards.

The new Studio Driver is available to download here.

Join HWZ's Telegram channel here and catch all the latest tech news!
Our articles may contain affiliate links. If you buy through these links, we may earn a small commission.
Previous Story
Kids can take part in Coding Lab for Kids at Apple Orchard Road from 1st to 15th December
Next Story
Apple said to overhaul its process of software testing