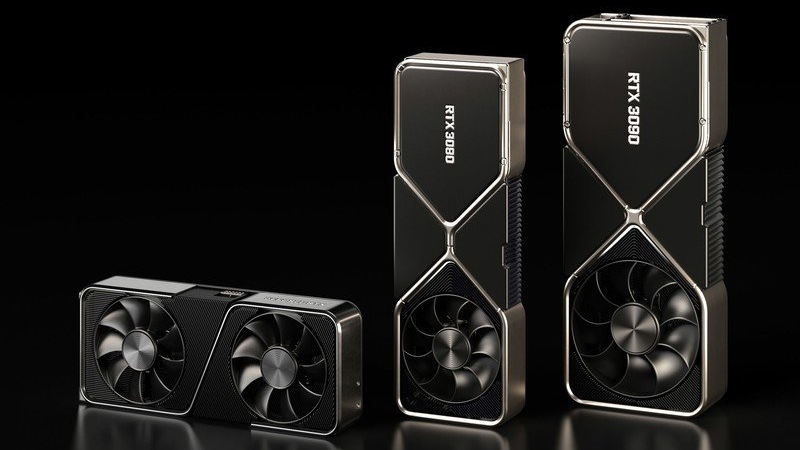 According to their recent transcript published on Seeking Alpha, graphics card giant NVIDIA's strategy to separate their gaming and cryptocurrency mining markets might not have gained as much traction as they expected. In their latest earnings call, the company revealed that they've "only" made US$266 million in revenue from their new CMP cards, which is around US$140 million shy of their original US$400 million estimate.

For context, the introduction of the new CMP cards stems from the ongoing graphics card shortage within the industry, a situation primarily attributed to hoarding by cryptocurrency miners looking to enhance their setups. NVIDIA has so far tried a number of measures to dissuade such practices, like reducing the efficiency of their GeForce RTX cards for mining, as well as the aforementioned CMP cards, though it would seem that neither of those methods have turned out to be as promising as expected. However, it's not really the "what" that's stumping them, but rather the "why", and although the green team has yet to arrive at a concrete and verified answer, some have theorised that it could be due to the difference in resale value between both types of cards.

Here's how that theory works. As a cryptocurrency miner, although I might objectively prefer to purchase a card that's dedicated for such purposes, the next question that comes to mind is: how valuable will it be if I ended up having to resell it? The CMP cards don't even have a video output, and with such factors in mind, you don't need to be a rocket scientist to make the connection. Simply put, a card that's tailored for gaming but can also be used for mining, such as a GeForce RTX card would certainly be worth more on the market than one of NVIDIA's CMP options, not to mention that a 30-series card is more than capable of handling any top-shelf game right now and then some.

Building on this theory, it's fair to say that NVIDIA might need to rethink its "divide and conquer" strategy moving forward, even if they are still turning a tidy profit. Of course, we can't (and don't) expect anything miraculous to happen overnight, but it would probably be in their best interests (as well as gamers') to sort it out before the shortage causes any real hiccups. Hopefully, they'll figure something out soon.

Join HWZ's Telegram channel here and catch all the latest tech news!
Our articles may contain affiliate links. If you buy through these links, we may earn a small commission.
Previous Story
First Spider-Man: No Way Home trailer teases a multiverse of familiar villains
Next Story
Bethesda has released a 4K remaster of Quake with an all-new expansion