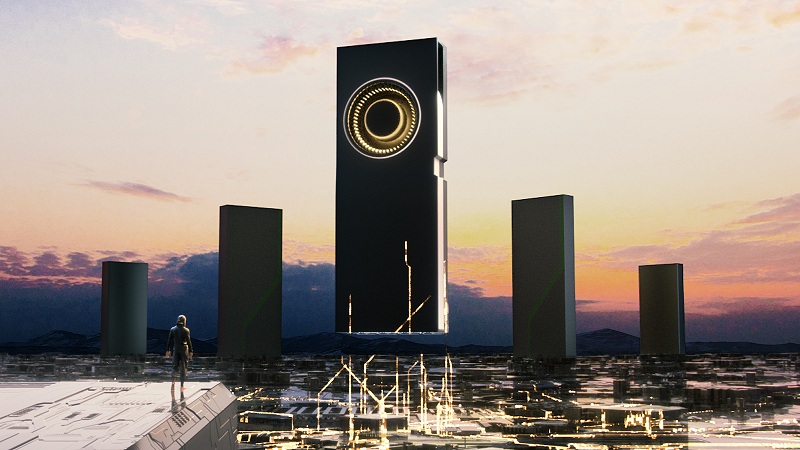 Simply said, it's a great time to be a creator.

Today's announcement at NVIDIA's Digital GTC 2021 has finally upgraded the Turing architecture-based Quadro RTX solutions (for both desktop and mobile) to newer Ampere based architecture that gamers have been lapping up via the GeForce RTX 3000 series for a while now (or at least as much as retail stocks would allow).

Just like the 2x generational performance leap seen on the GeForce RTX 3000 series, the new NVIDIA RTX A5000 and RTX A4000 GPUs take over the Quadro RTX lineup with the following key features derived from the Ampere architecture:- 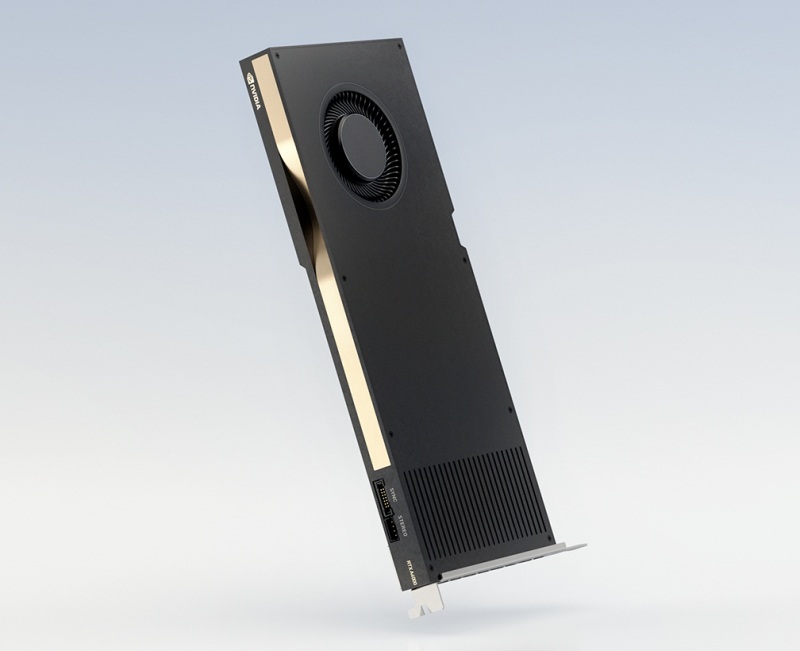 The desktop-bound RTX A4000 and A5000 GPUs boast support PCIe 4.0  connectivity and double the graphics memory from the precursors with 16GB GDDR6 and 24GB GDDR6 respectively - both with ECC memory support. Of them, the A5000 is bestowed with NVLink to SLI two of these cards for a total GPU memory of 48GB. The RTX A5000 is also powerful enough that it supports NVIDIA RTX vWS software for multiple virtual workstation instances that enable remote users to share resources and drive high-end design and compute workloads.

Speed is everything when we need to evaluate new concepts for the most adventurous vehicles, and the NVIDIA RTX A5000 really delivers what we need. The basic viewport rendering is incredibly fast in Octane Render — 5x faster — and unlocks things we couldn’t have even tried before. -- Erick Green, 3D / CGI Lead, Polaris

The RTX A4000 and A5000 follow-up to better complete the pro-visualization lineup which first launched the RTX A6000 late in 2020. Here's how they stack up and against older GPUs:- 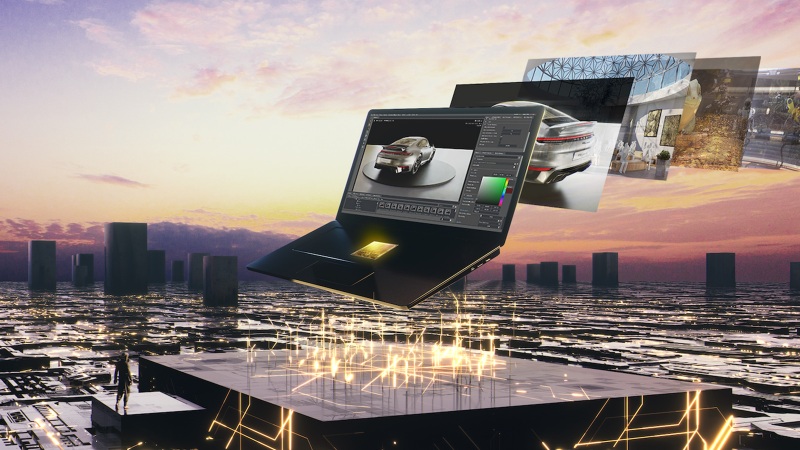 For professionals on the go needing thin and light form factors, the new NVIDIA RTX A2000, NVIDIA RTX A3000, RTX A4000 and RTX A5000 laptop GPUs deliver accelerated performance without compromising mobility. They include the latest generations of Max-Q 3.0 and RTX technologies and are backed by the NVIDIA Studio ecosystem, which includes exclusive driver technology that enhances creative apps for optimal levels of performance and reliability.

NVIDIA also introduced the NVIDIA T1200 and NVIDIA T600 laptop GPUs, based on its previous-generation Turing architecture. These are designed for multi-application professional workflows and are a significant upgrade in performance and capabilities from integrated graphics. 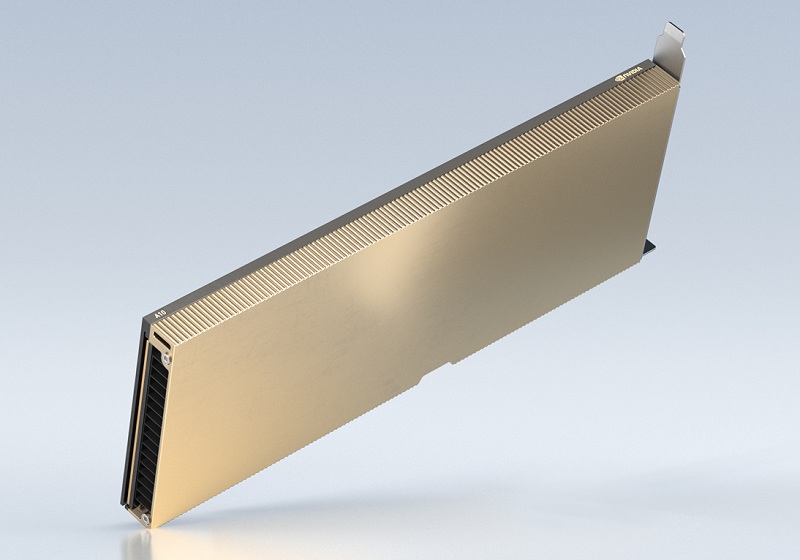 What if you're in an organisation that's leveraging on enterprise server solutions for shared utilization of CPU, GPU and AI performance? That's when you'll need a vendor who can deploy an accelerator to meet the cutting edge needs of designers, engineers, artists, scientists, and more who may not be equipped with desktops or laptops running the above covered RTX GPU solutions.

Enter the NVIDIA A10 Tensor Core GPU that combines with NVIDIA RTX Virtual Workstations (vWS) to deliver the necessary modern compute needs to clients while seated within an enterprise server. Featuring the same Ampere architecture GPU as some of the above solutions and 24GB GDDR6 memory, the A10 is a single slot, full-height, full-length card that's designed with a 150W TDP. With 72 RT Cores, the NVIDIA A10 seems to be using a variant of the GA102 GPU core that's used on the GeForce RTX 3080 and RTX A6000 GPUs.

NVIDIA says the A10 can deliver up to 2.5x faster virtual workstation performance and inference performance over the NVIDIA T4. The NVIDIA A10 is supported as part of NVIDIA-Certified Systems, in the on-prem data center, in the cloud, and at the edge. It builds on the rich ecosystem of AI frameworks from the NVIDIA NGC catalog, CUDA-X libraries, over 2.3 million developers, and over 1,800 GPU-optimized applications to help enterprises solve the most critical challenges in their business.

For enhanced virtual desktop interface (VDI) deployment for remote workers, NVIDIA also has the A16 GPU solution. The A16 crams four Ampere GPUs on one board, each with 16GB of graphics memory for a total of 64GB onboard. Through proper virtual PC configuration, the A16 can support up to 64 concurrent users per board. NVIDIA also says the A16 delivers an experience indistinguishable from a physical PC, which allows remote workers to seamlessly transition between working at the office and at home.

The new NVIDIA RTX laptop GPUs will be available in mobile workstations anticipated in Q2 this year from global OEMs.

Meanwhile, the NVIDIA A16 will be available later this year.

2) NVIDIA announces Drive Atlan, an SoC for cars that delivers over 1,000 TOPs

Join HWZ's Telegram channel here and catch all the latest tech news!
Our articles may contain affiliate links. If you buy through these links, we may earn a small commission.
Previous Story
The Marsback M1 is a wireless mechanical keyboard with swappable switches for Windows and Macs (Updated)
Next Story
The Samsung Galaxy Z Fold3 and Z Flip 2 could launch in July