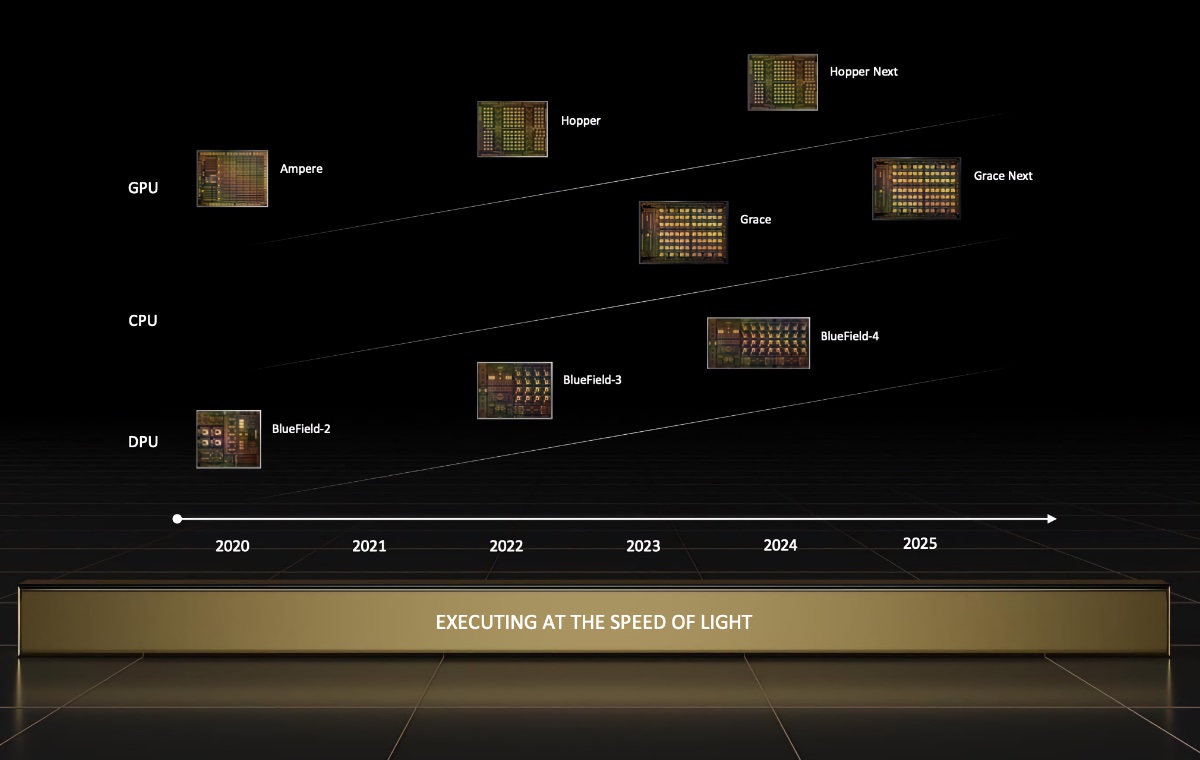 According to NVIDIA, we are set to see the first solutions based on the company’s Grace and Grace Hopper coming from partners spanning workloads from digital twins, AI, high-performance computing, cloud graphics and gaming.

NVIDIA’s data centre roadmap is built around the GPU, DPU and CPU, each with a two-year refresh rate swapping focus between x86 and ARM to better meet customer and market needs, all designed around a single architecture.

Starting from the first half of 2023, we can expect to see Grace powered systems from partners like ASUS, Foxconn Industrial Internet, GIGABYTE, QCT, Supermicro and Wiwynn with Grace on schedule to begin shipping next year NVIDIA said. 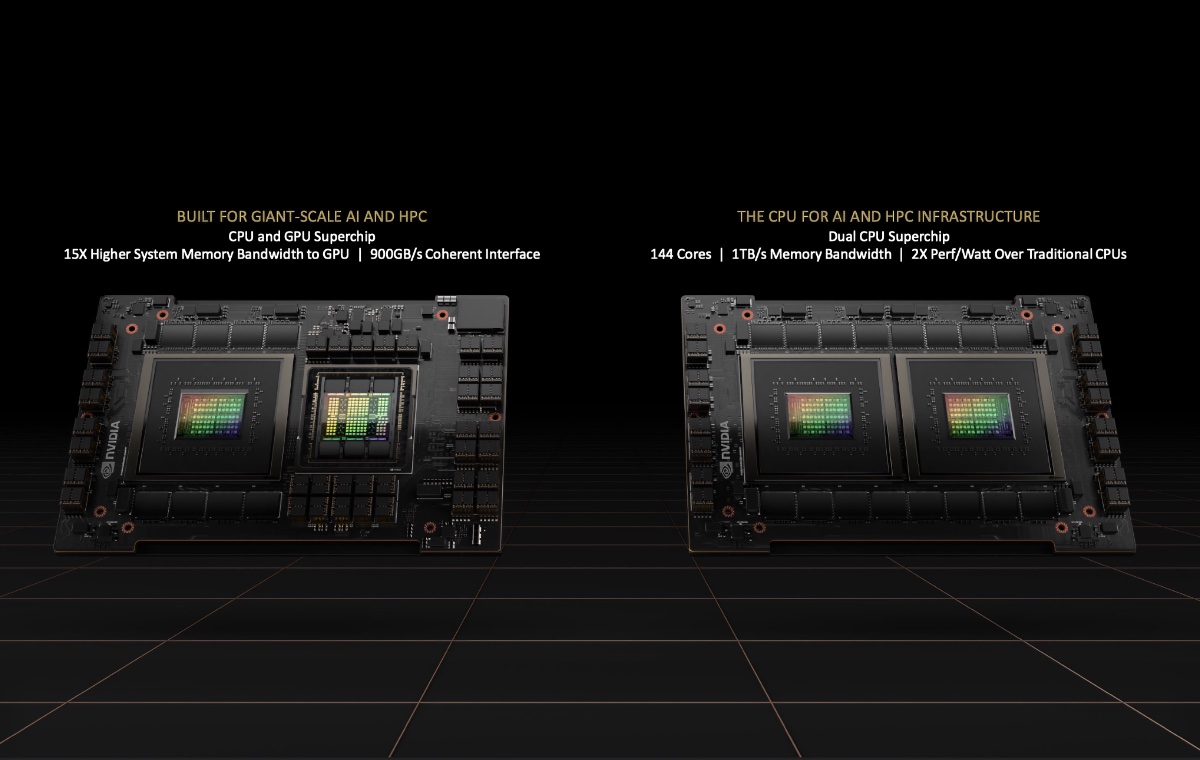 Both are connected over a high-speed, low-latency, chip-to-chip interconnect called NVLink-C2C. 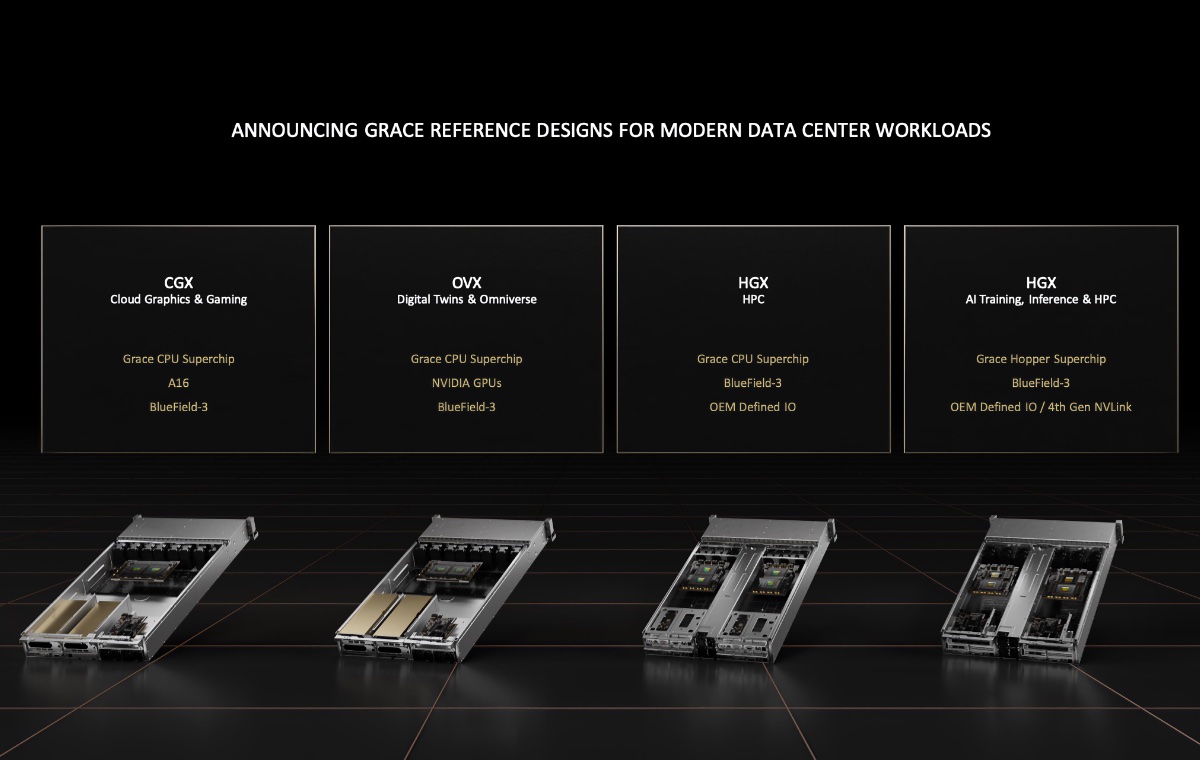 NVIDIA announced four Grace based reference designs based around data centre workloads. These are: 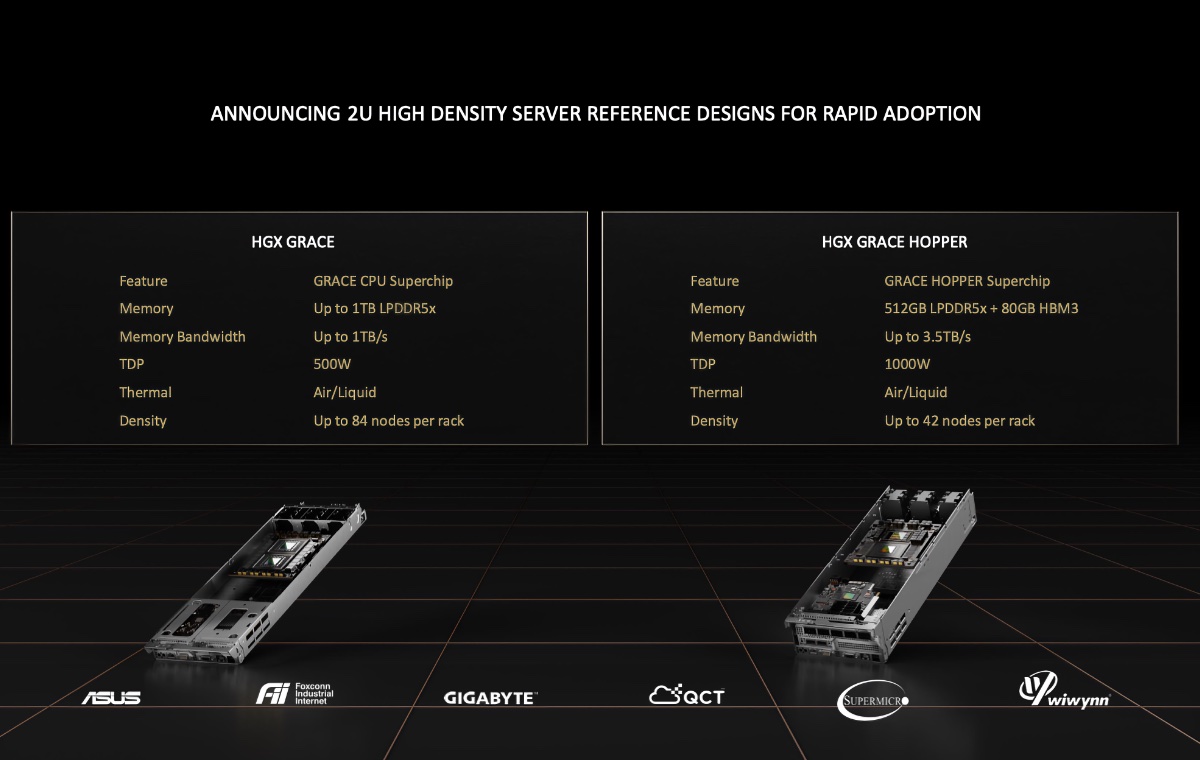 NVIDIA already has CGX, OVX, and HGX systems available with x86 CPUs so it will be interesting to see how they perform compared to their Grace and Grace Hopper counterparts when they arrive in 2023.

Join HWZ's Telegram channel here and catch all the latest tech news!
Our articles may contain affiliate links. If you buy through these links, we may earn a small commission.
Previous Story
Oppo A96 launches in Singapore
Next Story
NVIDIA adds liquid-cooled GPUs to lower power draw and cost in data center servers