NVIDIA has officially launch the GeForce GTX 650 GPU. It features the full implementation of a Kepler GK107 chip, with 384 CUDA cores, clocked at 1058MHz. We first reported on its possible launch, together with the GeForce GTX 660, in early August this year. It appears that most of the technical details leaked in the early report are accurate. The GK107 chip has been first employed in the GT 640 range and is considered to be an entry-level Kepler class product. As such, the GTX 650 utilizing the same core is just a speedier edition to maximize the better manufacturing yields from TSMC's fabrication plants. 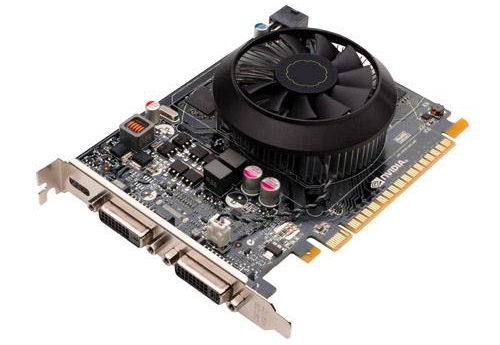 Of course the main star for today's big launch is the GeForce GTX 660 with a true performance mid-range GPU (GK106). While the processing prowess differs greatly, the main feature difference of the GTX 650 when compared to the GTX 660 is the former's lack of support for GPU Boost; however, NVIDIA says that cards based on the GeForce GTX 650 will have overheads for overclocking performance. The reference card NVIDIA GeForce GTX 650 will ship with a 6-pin Molex power connector that more than suffices for its stated power requirements. The company mentions that they expect their add-in partners to launch a slew of overclocked GTX 650 cards to target value-conscious consumers. The suggested SRP for the GeForce GTX 650 is US$109 and it is targeted squarely at the AMD Radeon HD 7750 graphics cards.

Join HWZ's Telegram channel here and catch all the latest tech news!
Our articles may contain affiliate links. If you buy through these links, we may earn a small commission.
Previous Story
Register Your Interest for the Apple iPhone 5 at M1
Next Story
Google Adds Do-Not-Track Support for Chrome Developer Build