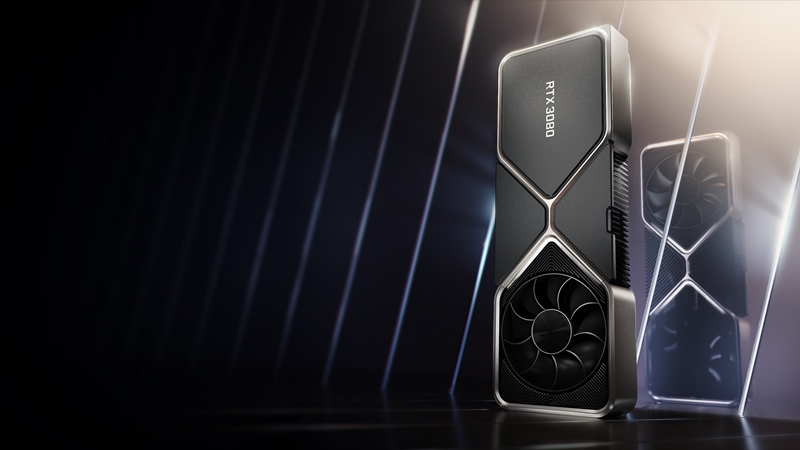 By now, most of us should be familiar with the acute shortage of high-performance GPUs on the market, owing to massive hoarding on the part of cryptocurrency miners. Needless to say, this is a problem that graphics card manufacturers such as NVIDIA and AMD can't afford to ignore, although the latter has amusingly chosen to do so anyway, citing that their chips were never optimised for cryptocurrency mining in the first place.

However, NVIDIA opted for a more proactive approach, announcing that not only would they be developing dedicated cryptocurrency mining GPUs, but that there would also be new batches of graphics cards that deliberately offer lower cryptomining outputs, so as to create a clear divide between gamers and miners. Building on that latter point, the good news is that according to this blog post published by the company yesterday, gamers won't have to wait that long. In fact, we can expect to see these Lite Hash Rate, or LHR-labelled GeForce RTX Series cards rolling out later this month. They'll be easy to differentiate from the regular models too, as NVIDIA has noted that these new batches will feature the LHR labels on their boxes and retail product listings.

Delving into the specifics, the company has only confirmed two other things about these LHR chips so far. First,  the new LHR label will only be assigned to three different GPU models for now, namely the RTX 3080, RTX 3070, and RTX 3060 Ti. Meanwhile, the second confirmation is that GPUs produced prior to these new LHR batches will not be receiving the cryptomining limiters. Accordingly, this means that there is a chance their upcoming GPUs, such as the GeForce RTX 3080 Ti and RTX 3070 will also not receive the limiter by default, though it's more likely that they will implement it in tandem with their aforementioned cryptomining GPUs to prevent a repeat of the current hoarding issue.

While having the limiter certainly presents miners with a stiff deterrent, it is still unknown how easily the new LHR limiter can be bypassed through hacking like what previously happened with the RTX 3060. NVIDIA has yet to comment on this possibility as well, and as such, we gamers can only hope that the security protocols on the new LHR chips are at least sturdy enough to make it supremely inefficient for miners to hack them, or else we're going straight back to square one.

Join HWZ's Telegram channel here and catch all the latest tech news!
Our articles may contain affiliate links. If you buy through these links, we may earn a small commission.
Previous Story
Google’s LaMDA will turn searches into conversations
Next Story
Google's Project Starline is bridging the teleconferencing divide with extreme realism and lifelike projection