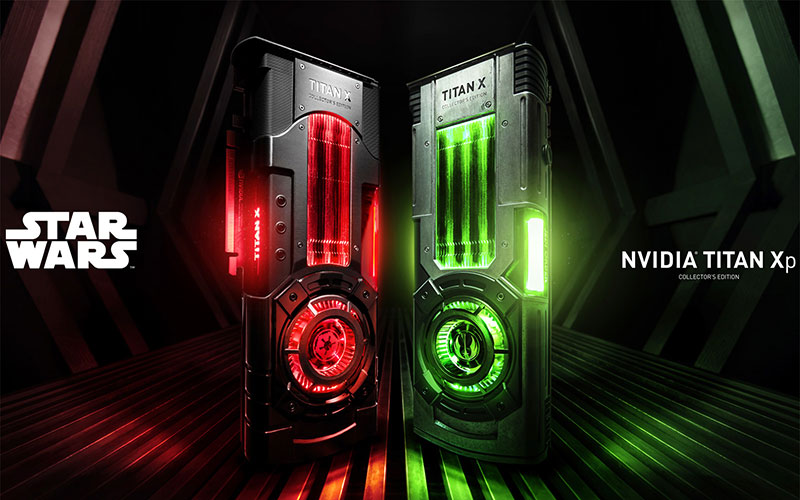 NVIDIA’s Titan Xp graphics card is now official Star Wars merchandise. The company teased a Collector’s Edition version of the card earlier this month, but I don’t think any of us expected this.

The card is available in two flavors, a Galactic Empire card that glows a malevolent red (also the color of the Sith), and a Jedi Order card that lights up in green.

It’s not just the lighting that differentiates the cards however, and the cooling shroud of both cards have been designed to reflect the characteristics of their respective factions. 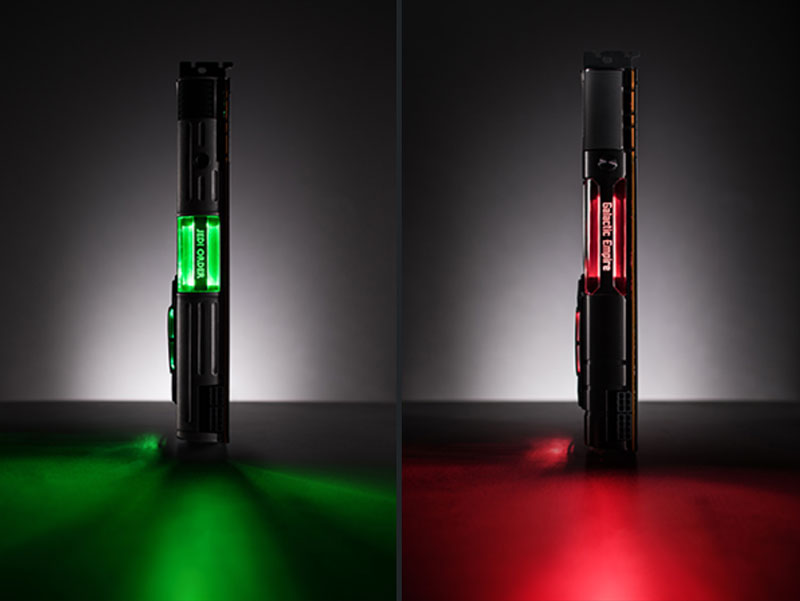 There are even hints of the hilt of Luke Skywalker’s lightsaber, and light panels evocative of the Death Star.

Here’s the low-down on the cards in NVIDIA’s own words:

“The Jedi Order GPU simulates the wear and tear and battle-worn finish of many items used by the Rebel Alliance, resulting from its diecast aluminum cover being subjected to an extensive, corrosive salt spray. Conversely, the Galactic Empire GPU's finish features simple, clean lines, emulating the high-end, orderly nature of the resource-rich Empire.”

This attention to detail extends to the retail packaging as well, and the Galactic Empire edition’s box is clad in black, while the Jedi Order edition’s comes in white.

If this isn’t reason to get a case with a tempered glass side panel, I don’t know what is. In fact, given that the GPU always ends up being installed face down in most cases, enthusiasts and Star Wars fans might even want to shell out for a chassis that lets you mount the GPU vertically and properly show it off, such as the Cooler Master MasterCase H500P.

The Star Wars cards will be available to buy on 17 November at US$1,200, the same as the regular Titan Xp. However, GeForce Experience members can pre-order the card starting 8 November.

Clearly, this is the card you want to play Star Wars Battlefront II with.

Join HWZ's Telegram channel here and catch all the latest tech news!
Our articles may contain affiliate links. If you buy through these links, we may earn a small commission.
Previous Story
Radeon head Raja Koduri is leaving AMD
Next Story
Broadcom bids US$105 billion for Qualcomm