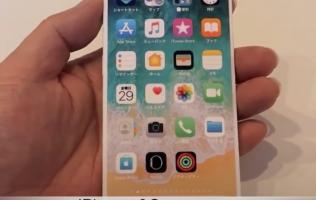 NVIDIA launches Drive PX 2 for self-driving cars, a supercomputer you can fit in your trunk

NVIDIA launches Drive PX 2 for self-driving cars, a supercomputer you can fit in your trunk 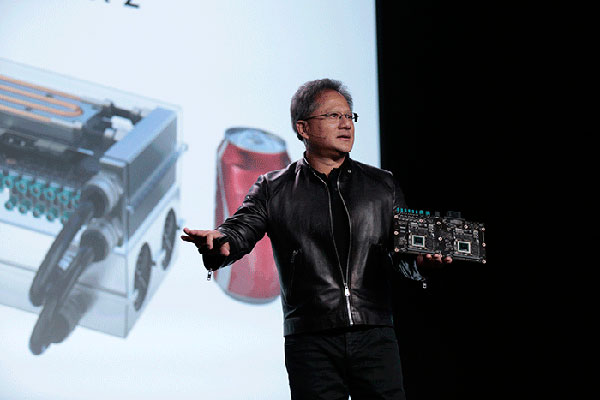 Last year at CES 2015, NVIDIA announced the Drive PX to provide the brains behind autonomous cars. Back then, NVIDIA touted the Drive PX as a supercomputer for a car – a line that it is reusing this time around, but with a slightly different spin to it. According to NVIDIA CEO Jen-Hsun Huang, the new Drive PX 2 is the world’s first in-car AI supercomputer, and it will be small enough to fit in your trunk.

Like the first Drive PX, the Drive PX 2 is essentially what allows the car to learn about, process, and react to its surroundings. But this time, it is bringing artificial intelligence to bear in helping cars navigate unpredictable, chaotic, and even potentially hazardous situations on the road. By capitalizing on deep learning networks powered by NVIDIA’s GPUs, Drive PX 2 gives vehicles 360° situational awareness, helps them pinpoint their location accurately, and computes a safe trajectory.

The Drive PX 2 is built on the 16nm FinFET process, compared to the 28nm process currently used in the Titan X, the world’s most powerful single-GPU card. It features two next-generation Tegra processors (for a total of 12 CPU cores) and two Pascal-based GPUs, NVIDIA’s next-generation GPU architecture. This amounts to up to 8 teraflops of power and is the equivalent of 150 MacBook Pros – all in a package the size of a lunch box. It is also water-cooled, although there is an optional self-deploying unit with a fan, thus enabling it to operate even if conditions get toasty.

The added computational horsepower means that the Drive PX 2 is capable of delivering up to 24 trillion deep learning operations per second, which are actually specialized instructions that accelerate the math used in deep learning network inferences. This translates to over 10 times the computing heft of its predecessor.

Furthermore, the Drive PX 2 quadruples the Drive PX’s performance in dealing with general purpose floating point operations. This means that it is now capable of processing inputs from up to 12 video cameras, including a range of lidar, radar, and ultrasonic sensors. It can successfully merge the different inputs to generate a detailed 3D map of the surroundings in order to accurately detect objects, identify them, and then determine where the car is relative to the world around it. All this goes toward calculating the optimal path for safe travel. 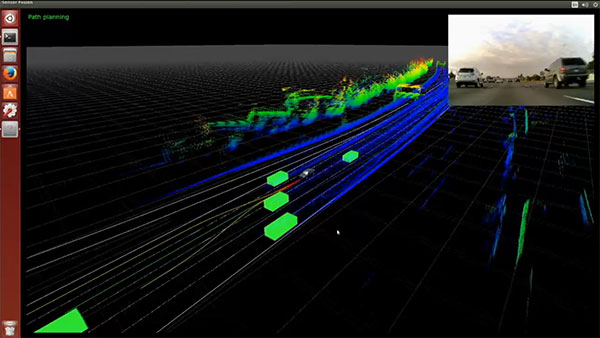 When it comes to real-world implementations, Swedish carmaker Volvo will be the first to deploy the Drive PX 2. NVIDIA’s new supercomputer will power a fleet of 100 Volvo XC90 SUVs slated to hit the road next year as part of Volvo’s Drive Me autonomous car pilot program.

When it comes to driving, humans are notoriously unreliable, which is why Volvo sees NVIDIA’s autonomous driving platform as a good way to realize what it has dubbed Vision 2020 – the goal that no one should be killed or seriously injured in a new Volvo by 2020.