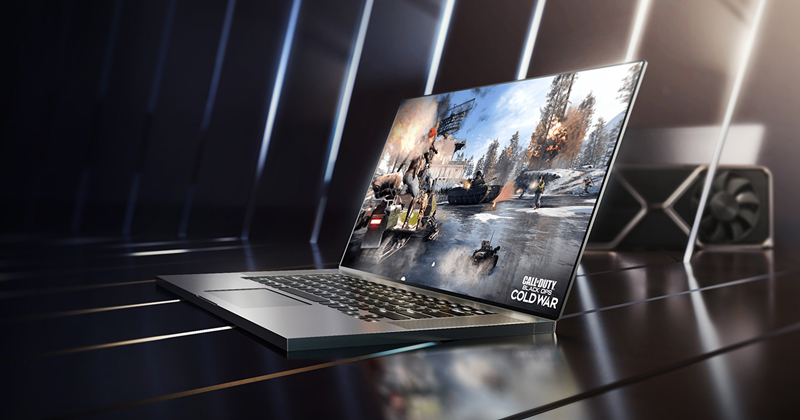 NVIDIA has announced a new addition to its RTX 30-series family of GPU - the GeForce RTX 3050 and RTX 3050 Ti laptop graphics processors.

That's right, both GPUs are slated to power the next-generation of mainstream gaming notebooks and according to NVIDIA, most notebook brands are already onboard and some of them will have an SRP price starting at just US$799. This bring NVIDIA’s Ampere architecture with dedicated RT and Tensor Cores to the most mainstream audience yet.

Like their faster RTX 30-series laptop GPU siblings, the RTX 3050 and RTX 3050 Ti laptop GPUs will also come in different TGP (Power Consumption) variants ranging between 35W to 80W. This means that two similarly-specced gaming notebook will have differences in performance output if one has a higher TGP than the other. So, consumers will have to be sure to check for the TGP rating on a notebook's specifications (NVIDIA has already decreed that notebook manufacturers do this on their respective products' website, though not all brands are following this through yet). 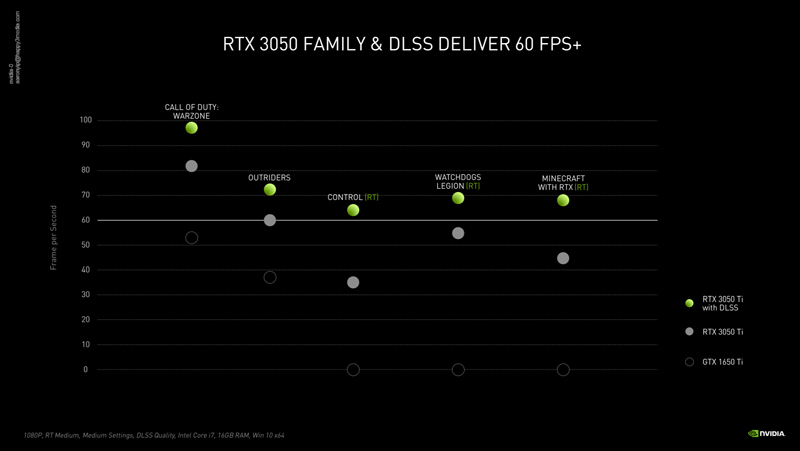 In terms of performance expectations, the 3050 Ti's performance (of the high TGP variants) should be similar to the old RTX 2060 and therefore most suited for 1080p gaming with high detail settings. The performance is not sufficient to enable ray-tracing in today's games, but the Tensor cores can be used for DLSS in some games, allowing gamers to get a performance boost with very negligible quality reduction.

It's really an exciting time for PC gamers, and the new GPUs ensured that NVIDIA's powerful Ampere architecture is now available across a wider spectrum of power, mainstream and even entry-level gamers. In any case, expect to hear notebook brands announcing their own GeForce RTX 3050/3050Ti powered gaming notebooks soon.

Join HWZ's Telegram channel here and catch all the latest tech news!
Our articles may contain affiliate links. If you buy through these links, we may earn a small commission.
Previous Story
Intel finally unveils H-series Tiger Lake mobile processors for gaming and content creation notebooks
Next Story
Man turns his AirTag into a card that fits in wallets