The NVIDIA GeForce GTX 900 series was officially announced last week. The GTX 980 and GTX 970 are the first two members from the new family, and they are based on the second generation Maxwell architecture. 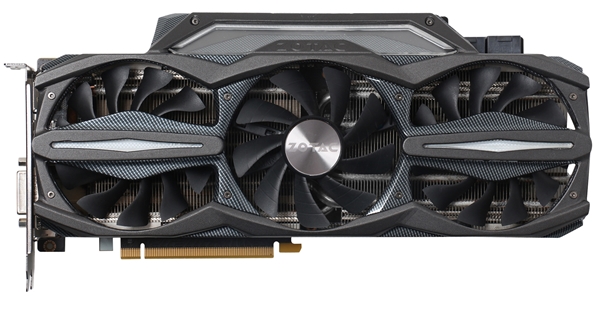 Also well-known for their mini-PCs, like the recently-reviewed Zotac ZBOX Sphere OI520, Zotac has rolled out an attractive range of GTX 900 cards. Starting off with the AMP! Extreme Edition series, these cards features the triple-fan IceStorm cooling system, Light.id reactive LED lightning system and a customized power delivery system to address the needs of overclockers and power users. The top-end GTX 980 card from this series features an overclocked GM204 GPU, rated with a base clock of 1291MHz, and a boost clock speed of 1393MHz. 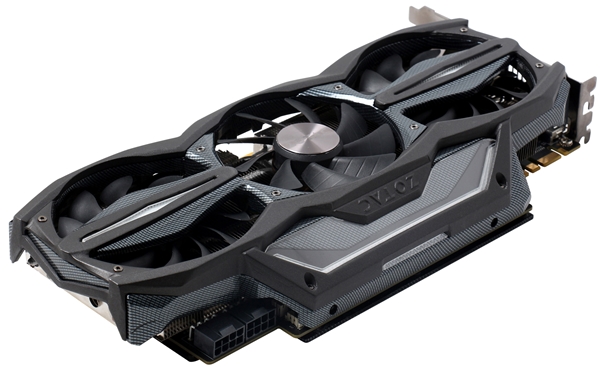 On the other hand, the GTX 970 card is rated to operate with a base clock speed of 1203MHz, and a boost clock of 1355MHz. Its 4GB of GDDR5 memory modules are slightly overclocked at 7200MHz, over the default 7000MHz clock speed. Incidentally, if you are intrigued by the fan shroud of the cards, Zotac calls it the Carbon ExoArmor. 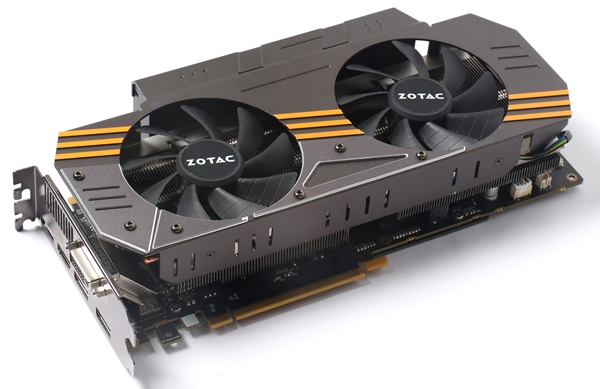 The AMP! Omega Edition is next in line; these cards also feature overclocked GM204 GPUs with less aggressive overheads. Their cooling systems are the dual-fan IceStorm ones, and appear more non-descript as the LED lightings and Carbon ExoArmor are conspicuously absent. 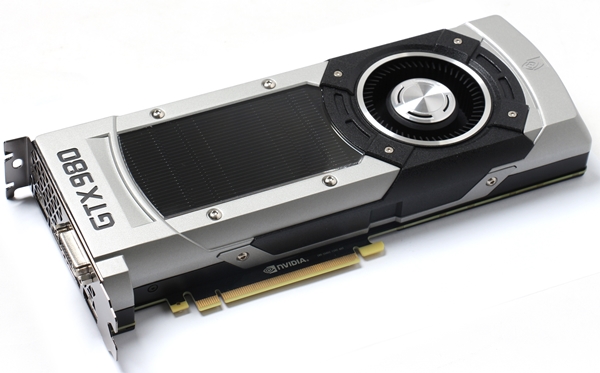 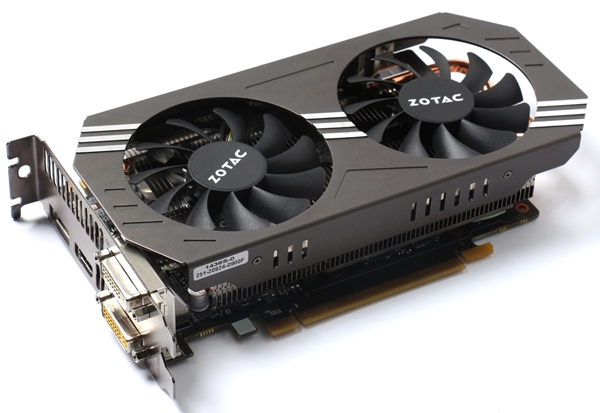 For users who aren’t fans of such embellishments, they can opt for the plain vanilla Zotac GeForce GTX 980 that is identical to a reference NVIDIA GeForce GTX 980. For the GeForce GTX 970, it comes with a customized, dual-fan cooling system to keep its overclocked GPU core’s temperature in check. It’s rated at a base clock of 1076MHz, with a boost clock of 1216MHz. 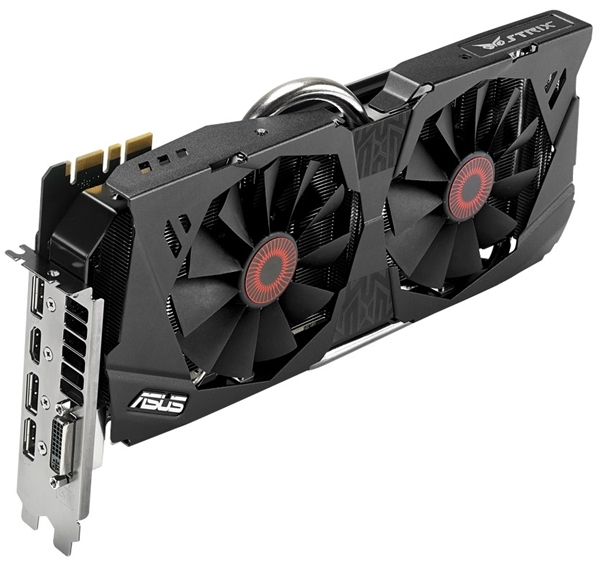 Stalwart ASUS has three GTX 900 cards and the Strix series makes its debut here. According to the company, Strix refers to the owl found in Roman and Greek legends and it is supposed to embody the qualities of a predator; keen hearing and sharp eyesight. To us, it heralds the many sleepless nights an owner of the new Strix card will endure while gaming! The Strix GeForce GTX 980 appears to sport the same DirectCU II cooling system, albeit with redesigned fan shroud to reflect its Strix branding. Its GM204 graphics core has been aggressively overclocked to 1178MHz, with a boost clock of 1279MHz. However, its 4GB of video memory remains at default 7010MHz clock speed. 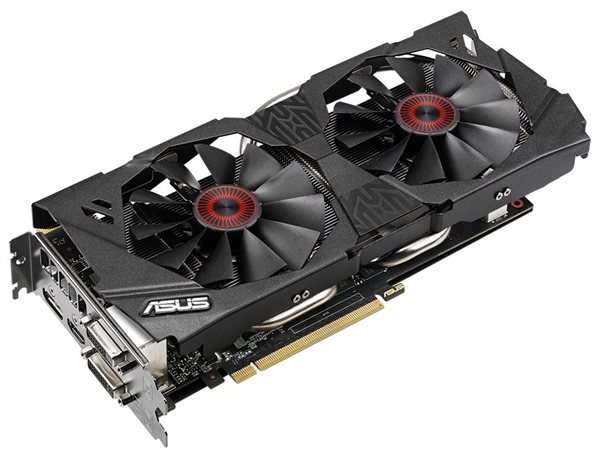 Besides having a GM204 that features less CUDA cores, the Strix GeForce GTX 970 also differs from its GTX 980 brethren; in terms of its video connectivity options, the former has two dual-link DVI connectors, instead of one. Other than that, the cards are almost identical in appearance. The last card from the company is a stock GeForce GTX 980. 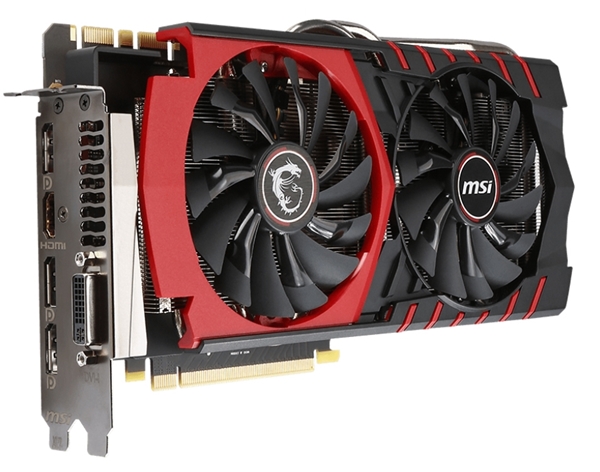 MSI has probably made used the launch of its GTX 900 products to showcase its new Twin Frozr V cooling system. The company claims that the cooling system has been shrunk, and operates with less noise. It debuts on the Gaming range for the new cards; namely the GTX 980 Gaming 4G and the GTX 970 Gaming 4G. These cards support the Gaming App that allows the card to be toggled among three different modes.
For the GTX 980 Gaming 4G, in its silent mode, it operates at a base clock of 1140MHz, and a boost clock of 1241MHz. To reach its OC mode, the GPU can be overclocked further to operate at a maximum clock speed of 1317MHz! 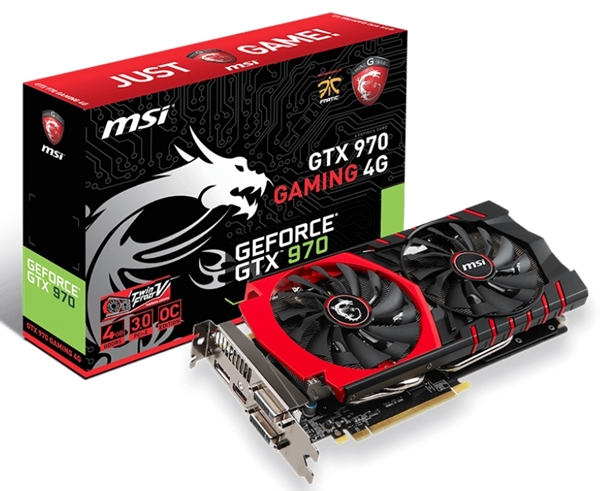 In comparison, the GTX 970 Gaming 4G has lower pre-defined performance profiles due to its GM204 that has been throttled. However, these Gaming series cards feature Military Class IV components for durability and stability. 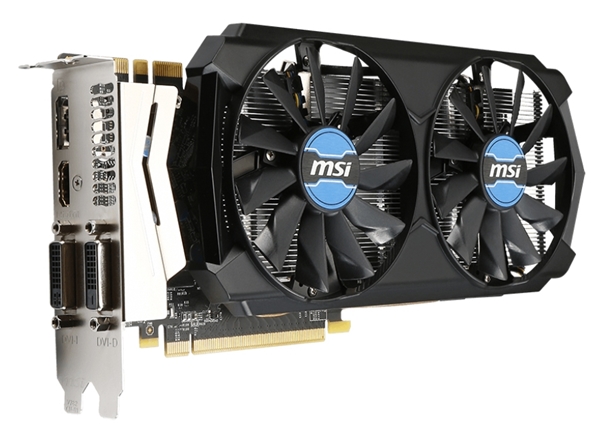 MSI has also released its stock GTX 980 4GD5 graphics card; and the GTX 970 4GD5T OC. This GTX 970-based card features the new Armor 2x, which appears to be an updated version of the Twin Frozr IV cooling system. Like the Gaming range products, this card also comes with Military IV Class VRM components.

We've got even more brands like Gigabyte, EVGA and Palit covered on the next page, so check them out!

Join HWZ's Telegram channel here and catch all the latest tech news!
Our articles may contain affiliate links. If you buy through these links, we may earn a small commission.
Previous Story
Plantronics announces 2015 PLT Labs Application Innovation contest, with a total of US$85,000 in cash prizes
Next Story
LG's new 55-inch EC930T curved OLED TV now runs webOS