NVIDIA has announced that GRID 2.0, the second generation of its GPU-accelerated virtual desktop platform, is now available in the Southeast Asian region. GRID 2.0 brings significant improvements over its predecessor in the areas of performance, efficiency, and flexibility, allowing it to deliver even the most graphically intensive applications to global businesses.

Virtualized desktop platforms are arguably the next logical step for connected businesses that routinely require employees from different offices around the globe to access and edit large files. We’re talking about more than just megabytes here, and changes to visual data like 3D renderings and floor plan layouts could take hours to synchronize between local office servers.

NVIDIA GRID solves this problem by hosting all the data in a centralized location, and relying on virtual desktops in the same location for all the processing work. This allowed almost any device to become a powerful virtual desktop, but the previous GRID still had certain limitations, like requiring the visual quality of applications to be lowered.

But with GRID 2.0 and GPU virtualization, the virtual desktop experience finally matches that of a local machine, which should make its adoption a lot more feasible for companies. 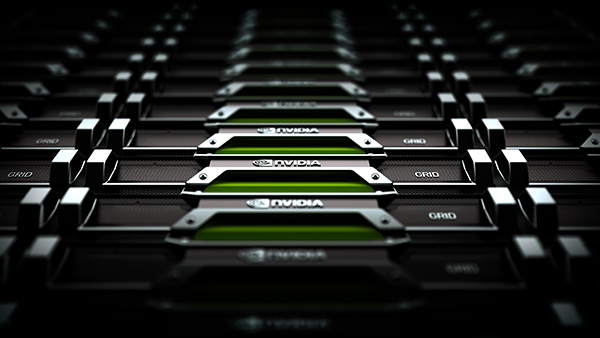 For instance, it doubles the user density over its predecessor, allowing up to 128 users per server. This enables large enterprises to scale more cost effectively, and roll out the service to more employees and a lower cost per user.

Other changes include support for the smaller blade server form factor – in addition to existing support for rack servers – which offer improved upgrade and scaling options.

Finally, GRID 2.0 will also support double operating systems in the form of both Windows and Linux, which means that businesses in industries that use Linux applications and workflows extensively will now be able to take advantage of GPU-accelerated virtual desktops.