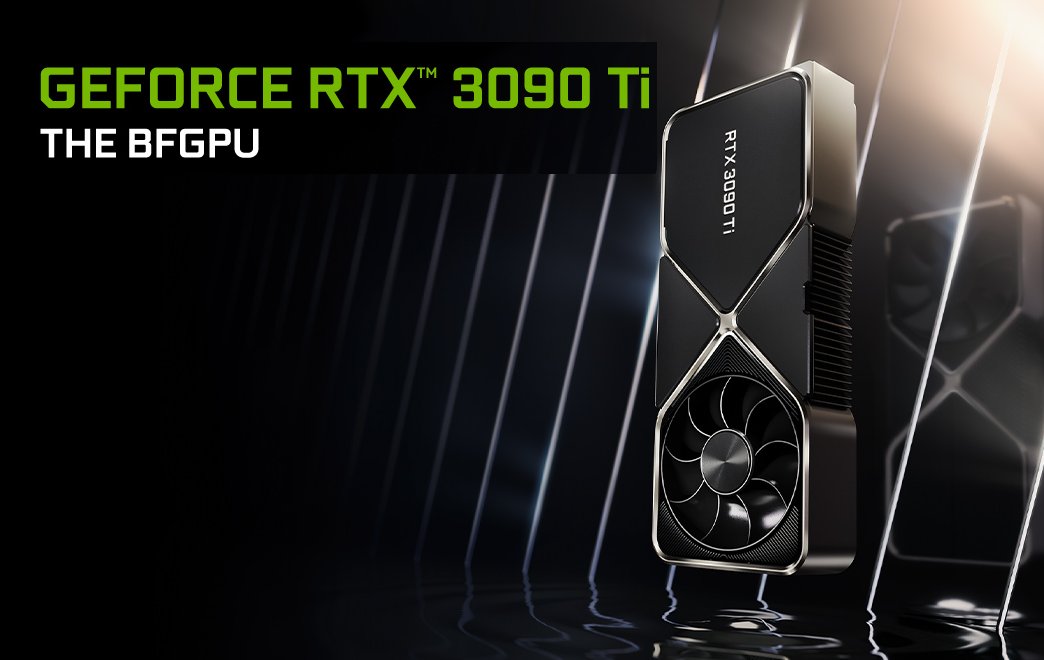 For creators, data scientists, and extreme gamers, the GeForce RTX 3090 has been the ultimate go-to plug-in GPU option for their personal systems. With a massive 24GB of frame buffer coupled with over 10,000 CUDA cores, it has been the most powerful graphics card ever since it was launched in September of 2020.

NVIDIA teased its successor back in January 2022, but today, NVIDIA is finally ready to deliver what they've promised. They've taken their "Big Ferocious GPU" and given it a boost with a record-breaking 10,752 CUDA cores, speedier clocks, 78 RT-FLOPS of ray tracing performance and even faster memory with the new GeForce RTX 3090 Ti. Let's take a closer look at how it compares with the RTX 3090 and top mainstream consumer GPUs from the RTX 3080 lineup:-

Essentially, the new GeForce RTX 3090 Ti is an enthusiast version of the RTX A6000 Quadro-class GPU that was available more than a year back, except that the RTX 3090 Ti has higher base clocks and 24GB of the fastest memory ever featured on any of NVIDIA's add-in board GPUs. This gives the RTX 3090 Ti an unprecedented amount of performance for extremely demanding jobs.

To give you an idea of its performance, NVIDIA says it's 55% faster than the RTX Titan released in 2018 that sports the previous TU102 Turing-based architecture. Of course, if your projects require even more memory, the RTX A6000 is still your best bet; after all, if you can't fit your data set within the frame buffer, your performance will suffer tremendously.

For the gamers, how much faster would it be over the current high-end, the RTX 3080 Ti? When we benchmarked the RTX 3080 Ti, it was mostly on par with the performance of an RTX 3090 and that's understandable given how closely specced both cards are - apart from the memory subsystem. The massive frame buffer of the RTX 3090 is clearly tilted towards the creators and budding data scientists who are gamers at heart. This could change with the RTX 3090 Ti.

The new RTX 3090 Ti not only has even more CUDA, Tensor and RT cores, but its base clocks are easily 16% higher than the GeForce RTX 3080 Ti, and we're not even counting its higher boost clocks, nor the crazy fast 21GHz GDDR6X memory its boasts. Going by our experience, that should easily translate to 10% performance boost over the GeForce RTX 3080 Ti depending on the game variety and scenarios, which is no mean feat considering how fast the RTX 3080 Ti already is.

Truly, the GeForce RTX 3090 Ti is now the king of GPUs, be it for gamers or the creative folks, at least until the RTX 4000-series shows up. While the physical board size and appearances are identical between the GeForce RTX 3090 and the new GeForce RTX 3090 Ti, with both being a tri-slot card and all, the new BFGPU however requires up to 450W of power for itself. That's a 100W more than the RTX 3090 and while it sounds like a big leap in power draw, it's to be expected when the same GPU and components are being pushed further with higher clocks. As such, the required minimum rated PSU is now 850W (up from a 750W unit for the RTX 3090). To feed the RTX 3090 Ti, the card will require 3x PCIe 8-pin GPU power cables OR a PCIe Gen 5 cable rated at 450W or higher.

Should you get one?

Let us be upfront. As much as the GeForce RTX 3090 Ti is an awesome card for bragging rights, it's really expensive for what it's asking for.

Essentially, you're only getting an estimated 10% performance jump over an RTX 3080 Ti, for which you're going to pay twice the price of an RTX 3080 Ti. At its non-inflated prices, the RTX 3080 Ti is asking for US$1,199, which is already as powerful as an RTX 3090 that costs US$1,499. A 10% performance increase at US$1,999 asking price is just insane where gaming is concerned and you really can't discern any performance difference, let alone get any 8K gaming done as NVIDIA likes to market the RTX 3090 series. 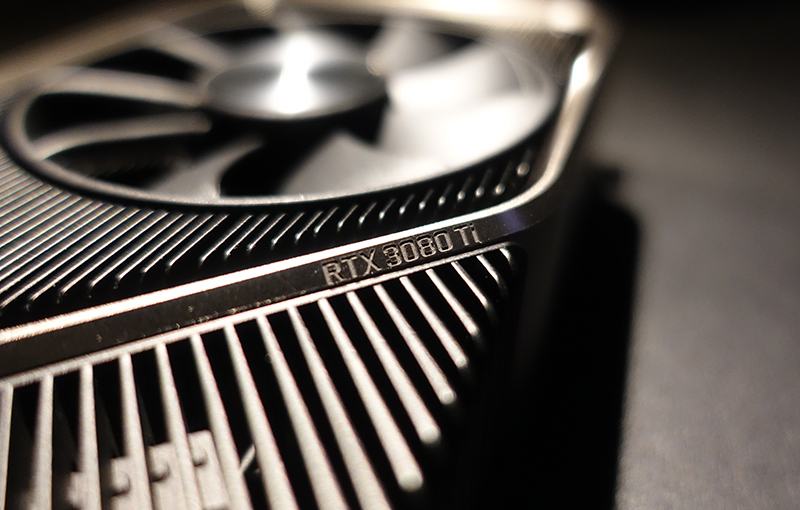 However, if you are a creative professional who needs a massive GPU frame buffer to fit your workloads and happen to be an enthusiast gamer, that's who the RTX 3090 Ti is targeted at.

If you don't care too much for your frame rates, but do care more for your work, perhaps the newly launched RTX A4000 and RTX A5000 are better options as they feature ECC memory and have equally large frame buffers. And for those who do need as big a frame buffer size as possible, the RTX A6000 comes with 48GB of GDDR6 ECC memory, but it will cost you proportionately as well.

What if you already have or intend to get an RTX 3090, should you hold to upgrade to an RTX 3090 Ti? The sane answer would be no (and you should check out early tests done by Linux Tech Tips), but for many who are gunning for a high-end graphics card, a GPU purchase is an emotional journey as much as it is a necessity. As such, let your bank account and your home boss dictate your next steps.

Also, let's not forget the many rumours of the RTX 4000 series, which should be making a splash sometime in Q2 this year.

So, how much will this new BFGPU option cost in Singapore? Head over here as we've compiled all the add-in-board partners' RTX 3090 Ti SKUs and how much it will cost locally.

Join HWZ's Telegram channel here and catch all the latest tech news!
Our articles may contain affiliate links. If you buy through these links, we may earn a small commission.
Previous Story
LG said to be working with Apple on foldable OLED displays for iPad and MacBook
Next Story
Vivo teases its first foldable smartphone with an 11 April launch date