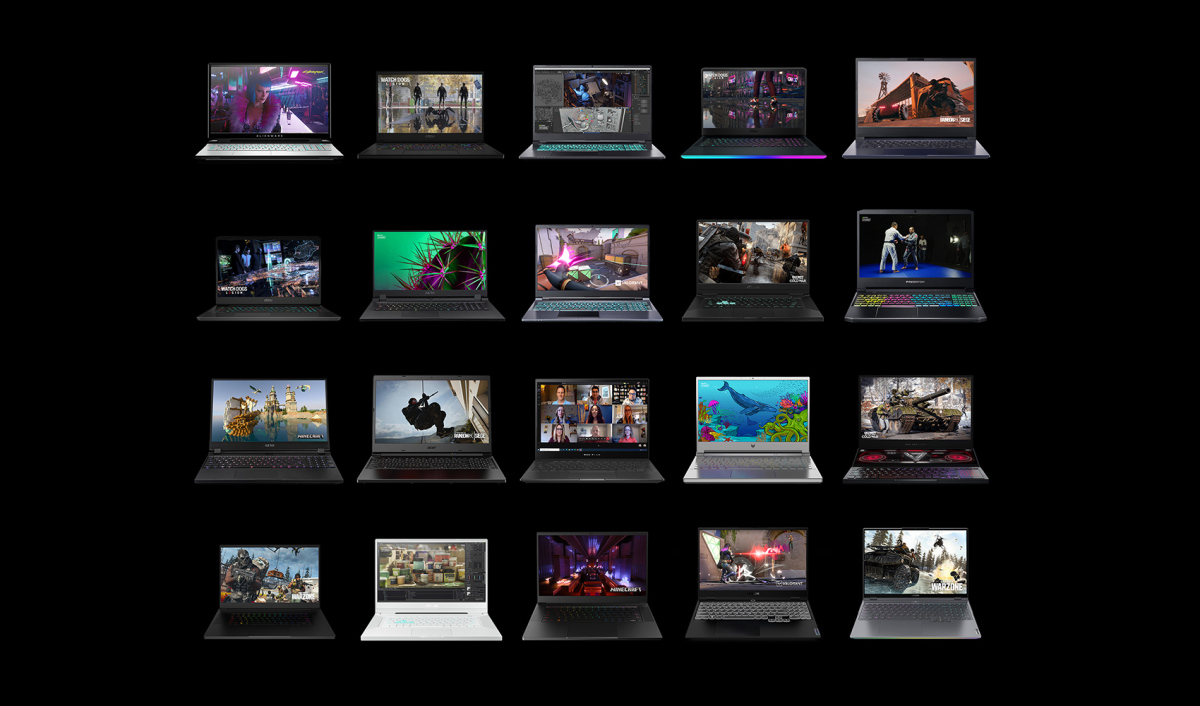 NVIDIA's GeForce RTX 30 Series GPUs is finally going mobile. At CES 2021, the green company unveiled its plans and partnerships to bring RTX 3060, RTX 3070 and RTX 3080 with mobile-optimised Max-Q technology to more than 70 gaming notebooks in 2021.

Gaming notebooks with the GeForce RTX 3070 and 3080 GPUs will begin launching this quarter, followed by notebooks powered by the RTX 3060 after. NVIDIA has claimed that gaming notebooks with an RTX 3070 will be able to achieve most games at 90fps at 1440p (or QHD) resolution. Meanwhile, the capable mid-range RTX 3060 option is said to be able to churn out 90fps in the latest games with ultra settings on 1080p resolution. 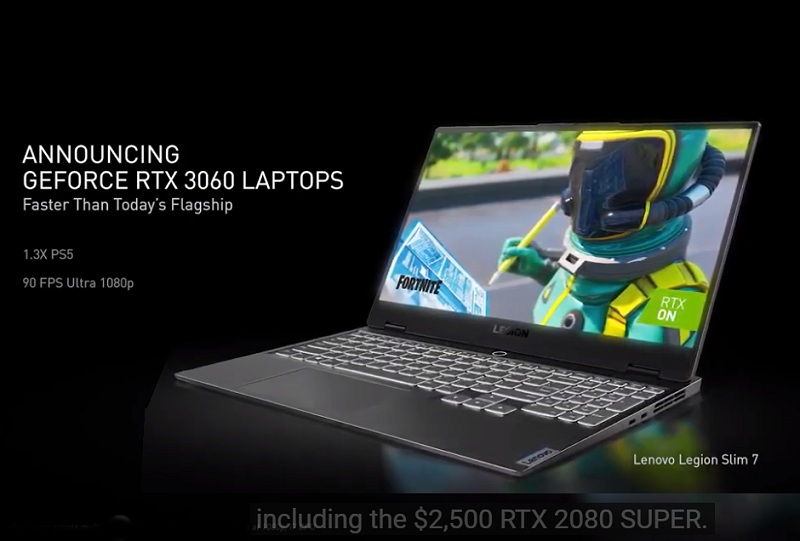 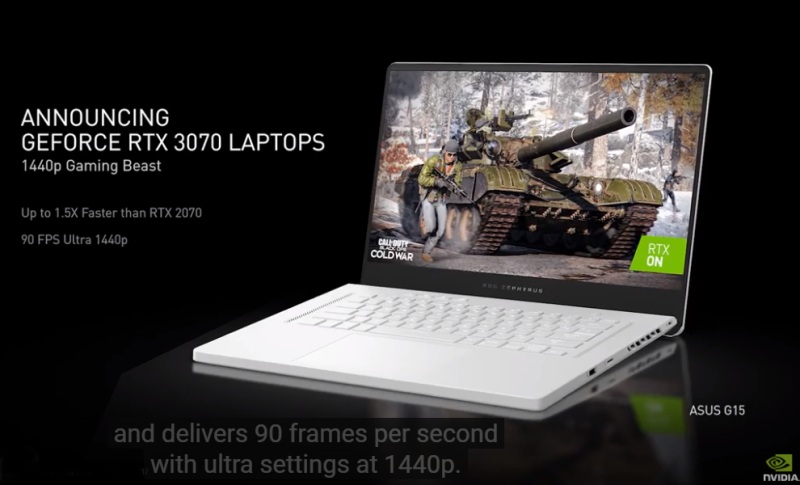 What's also interesting is that the mobile version of the RTX 3080 GPU can be configured with up to 16GB of GDDR6 memory, instead of the 10GB GDDR6x found on the desktop cards! 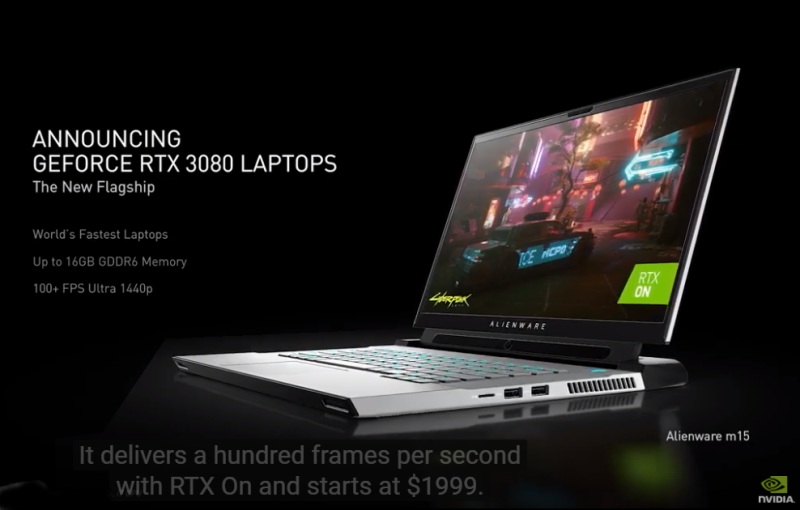 NVIDIA is also beefing up its Max-Q mobile tech for this generation beyond raw power. As a quick primer, Max-Q is basically a power-efficient implementation of the graphic card to maximize its operation within a  thin and light gaming laptop without compromises. Here's a detailed primer on what goes on behind the scene to make Max-Q notebooks a reality. 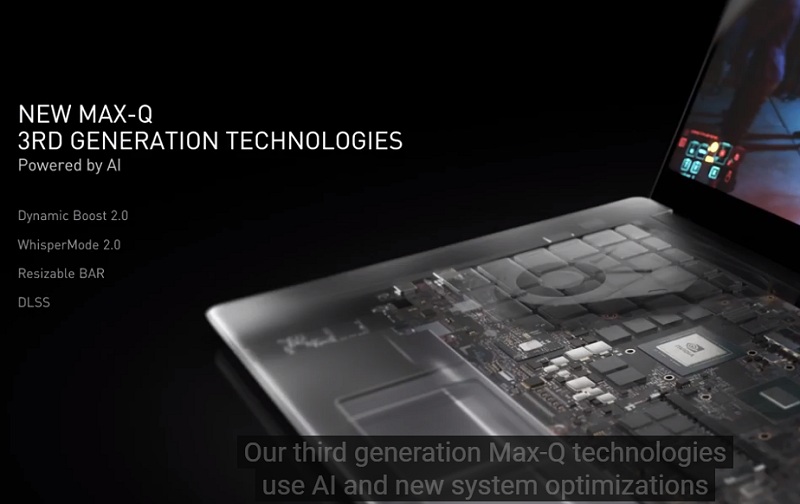 Revised and updated to NVIDIA Max-Q 3.0, it will be introducing Dynamic Boost 2.0, which uses AI to shift power between CPU and GPU, and now, even factoring GPU memory. By doing this, the laptop can automatically shift power between these components in cases where sometimes, the game or application demands more
CPU power, or vice versa. 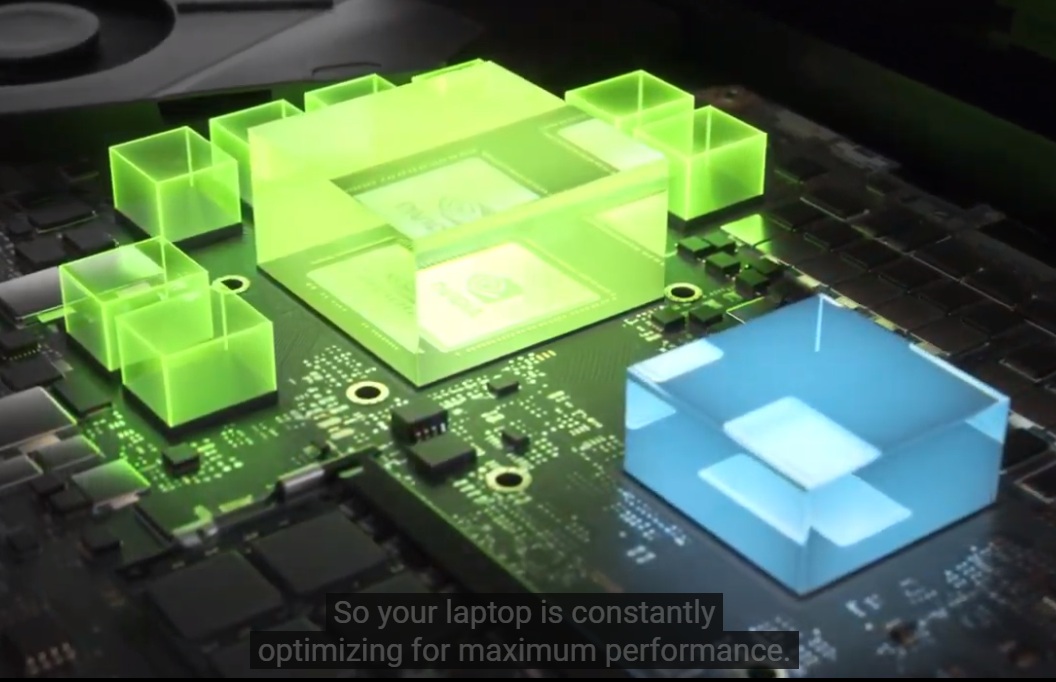 WhisperMode 2.0 is supposedly even better now at enabling laptop owners to set their desired noise level and then setting the system to meet those demands. This is NVIDIA’s way of managing acoustic noise that comes from cooling the laptops down. The improvements here lie in the reengineering because each laptop manufacturer has different design languages; WhisperMode 2.0 takes that into account, and creates a custom profile that fits each different laptop design.

These systems also use resizable BAR, which enables laptops to share the graphics card’s RAM with the CPU - NVIDIA's answer to AMD's Smart Memory Access technology. This can results in performance gains of about 5-10% in certain applications and games, as we have seen in my Radeon RX 6800 XT review. Of course, we can also expect to see this feature coming to NVIDIA's RTX 30 Series desktop cards and NVIDIA says we can see VBIOS updates from partner cards coming in from March 2021. For more details on NVIDIA's resizeable BAR support, refer to this post.

Join HWZ's Telegram channel here and catch all the latest tech news!
Our articles may contain affiliate links. If you buy through these links, we may earn a small commission.
Previous Story
Schneider Electric keeps the power flowing with new sustainable energy products
Next Story
Gigabyte reveals their new AORUS motherboards based on Intel Z590