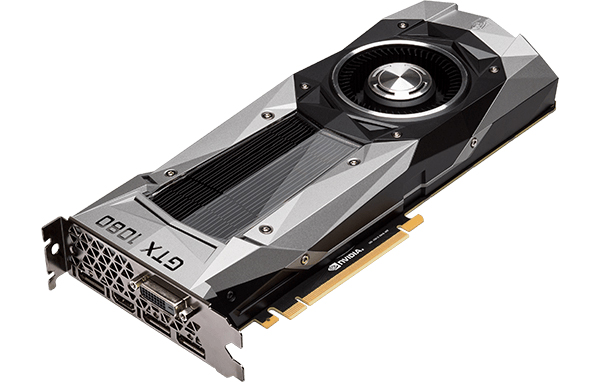 The NVIDIA GeForce GTX 1080 has been one of the most hotly anticipated cards for a while now, and from what we saw at NVIDIA’s launch event this past weekend, it doesn’t disappoint. At the event, Doom developer id Software also showcased the GeForce GTX 1080 in action and running Doom, a reboot of the original series and the first major release since 2004’s Doom 3.

As it turns out, Doom doesn't pose much of a challenge to the GeForce GTX 1080, at least when it is working in tandem with the low overhead Vulkan API and at a modest 1080p resolution. Vulkan gives developers better control over the GPU resources and memory allocation, which translates into more efficient drivers and a much lower API overhead, and potentially better performance.

The framerate also shot to over 150fps once the framerate was uncapped, rarely dropping below even 120fps over the duration of the showcase.

According to id Software, it has worked closely with NVIDIA to implement support for both OpenGL and Vulkan. Doom will launch 13 May with OpenGL first, but will receive an update for Vulkan shortly after. For a look at the game ahead of time, you can check out NVIDIA’s demo of Doom with Vulkan, although it is utilizing the GeForce GTX Titan X instead of the new 1080 card.

We’re also working on a full review of the GeForce GTX 1080, so stay tuned for that as well.

Join HWZ's Telegram channel here and catch all the latest tech news!
Our articles may contain affiliate links. If you buy through these links, we may earn a small commission.
Previous Story
Canon launches new PowerShot SX620 HS with 25x zoom range
Next Story
This Tesla Model S flew 25 meters, crashed, and rolled, but all five passengers survived