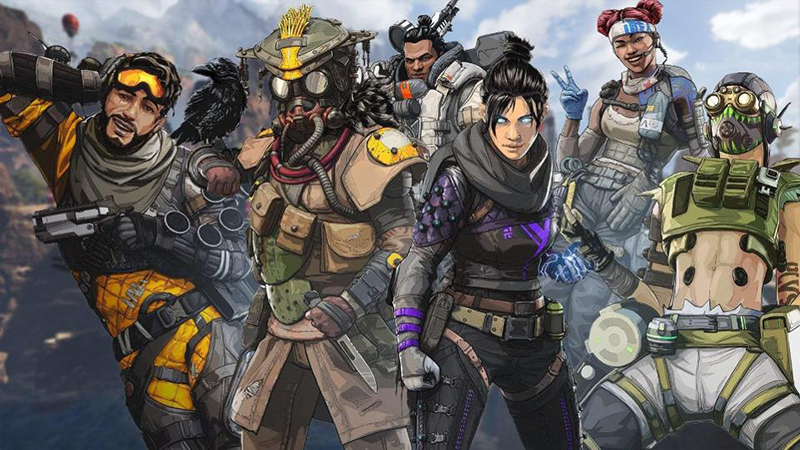 NVIDIA may not be launching anything new at Gamescom 2019, but it still has a treat in store for you. The company just released a special Gamescom Ready Driver, a huge update that packs significant performance improvements of up to 23 percent in some games. But the new update includes more than just a performance boost, and it'll offer several new beta features to improve the overall gameplay experience beyond frame rates.

To summarize, the Gamescom Ready Driver adds the following:

According to NVIDIA, you should see performance optimisations in some of the most popular titles today, including Apex Legends, Battlefield V, Forza Horizon 4, Strange Brigade, and World War Z. 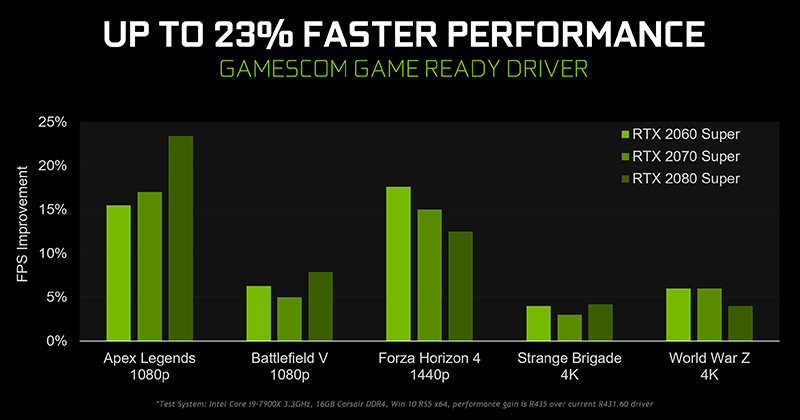 That aside, the other most exciting addition is probably the Ultra-low Latency mode. Gamers have been chasing lower response times since forever, and this includes everything from scrutinising the response times on a certain gaming monitor to setting the maximum pre-rendered frames in the NVIDIA Control Panel to 1.

The latter option reduces the number of frames in the render queue, thus allowing new frames to be sent to the GPU sooner and in this way reducing latency and improving responsiveness. The Ultra-Low Latency mode builds on that with what NVIDIA calls "just in time" frame scheduling, where frames are rendered only just before the GPU needs them, which supposedly reduces latency by up to 33 percent.

AMD already has something similar with Radeon Anti-lag, so it was probably only a matter of time before NVIDIA responded with an equivalent feature. NVIDIA says you should see the biggest benefit in games that are GPU-bound and running at frame rates between 60 and 100FPS. In this scenario, you'll be able to get the responsiveness of high frame rates without having to decrease your graphics settings.

Ultra-Low Latency mode is available in the NVIDIA Control Panel under the "Manage 3D Settings" tab. You'll have three options to pick from, including Off, On, and Ultra. Setting the feature to On basically does the same thing as setting the Maximum Pre-rendered frames to 1, while Ultra will submit the frame just in time for the GPU to pick it up and start rendering.

NVIDIA is also showing some love to games like FTL, Hotline Miami, and Terraria, which can produce blurry images when they have to scale to fit modern, high-resolution displays. To fix this, NVIDIA is rolling out an image scaling mode called integer scaling, which preserves detail on pixel art games at higher resolutions. However, the feature requires a hardware-accelerated programmable scaling filter in Turing, so it will only work with the newer GeForce RTX and GeForce GTX 16-series cards. Integer scaling is also enabled through the NVIDIA Control Panel in the "Adjust Desktop Size and Position" menu.

The sharpening filter works different in a couple of ways. For one, you can adjust the amount of sharpness from zero to 100 percent and apply this on a per-game basis using the in-game overlay. It will work with DX9, DX11, DX12, and Vulkan games, with wider support planned in future driver releases.

The Gamescom Game Ready Driver, or version 436.02, is available for download right now.