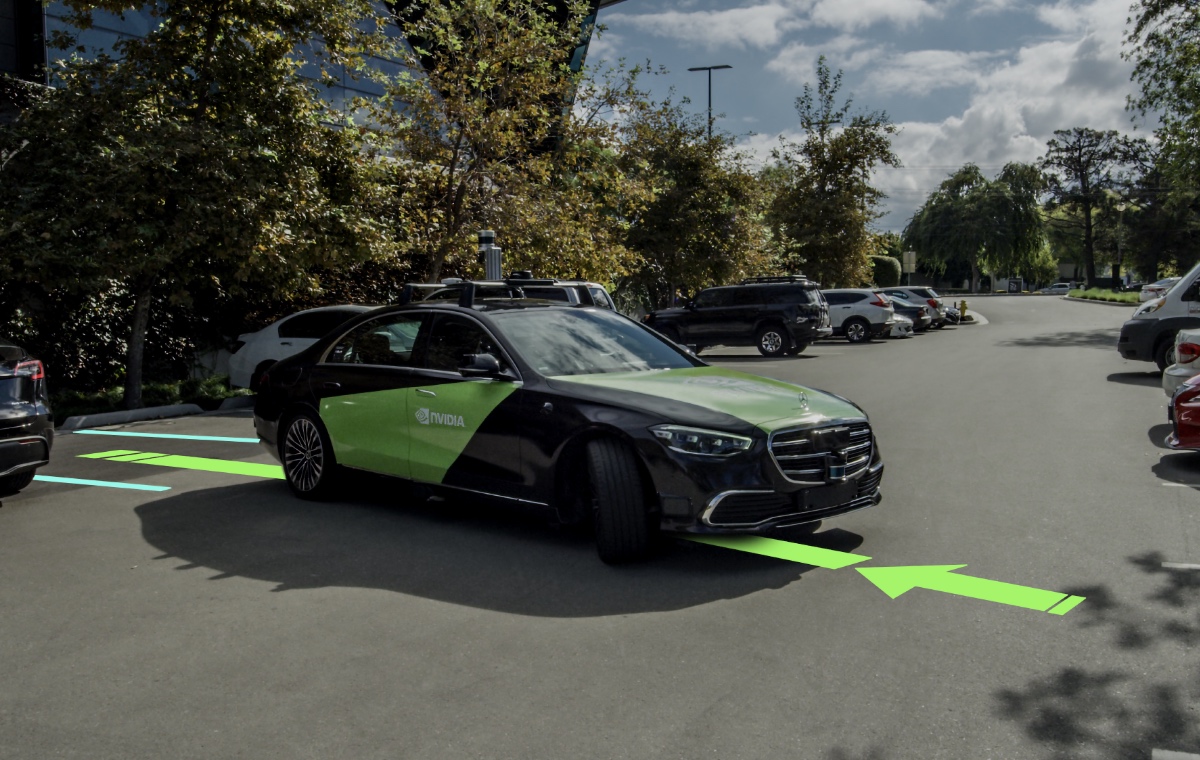 NVIDIA already has a comprehensive suite of automotive technologies aimed at enabling autonomous driving. Central to all this is Drive AGX Orin, a self-driving chip capable of 200 trillion operations per second, that was announced in 2019.

And at the GTC keynote earlier, NVIDIA announced two new technologies that will leverage the power of Orin: Drive Concierge and Drive Chauffeur.

Drive Concierge integrates another new NVIDIA technology, Omniverse Avatar, into its stack of self-driving technologies. Essentially, it puts a digital assistant with real-time conversational AI in your car.

Drive Concierge can do tasks like answer your requests, make phone calls, provide alerts, and more. In demos, NVIDIA showed the Drive Concierge assistant informing the passenger of the car’s range and driving modes.

It can even be used to find its own parking spot and then be summoned when its needed again.

NVIDIA announced Hyperion 8 earlier this year and at its heart are two Orin SoCs as well as 12 cameras, 12 ultrasonic sensors, 9 radars and a single front-facing lidar sensor.

Finally, CEO Jensen Huang said during the GTC keynote that Hyperion 8 is now available and that we can expect it to feature in model year 2024 cars. NVIDIA did not reveal which automakers have signed on to use Hyperion 8.

Join HWZ's Telegram channel here and catch all the latest tech news!
Our articles may contain affiliate links. If you buy through these links, we may earn a small commission.
Previous Story
Tencent Music to bring catalog of Chinese songs to Apple Music
Next Story
Konami is taking down Metal Gear Solid games due to historical footage