NVIDIA DLSS is now available as a plugin for Unreal Engine 5 and coming to Unity 21.2 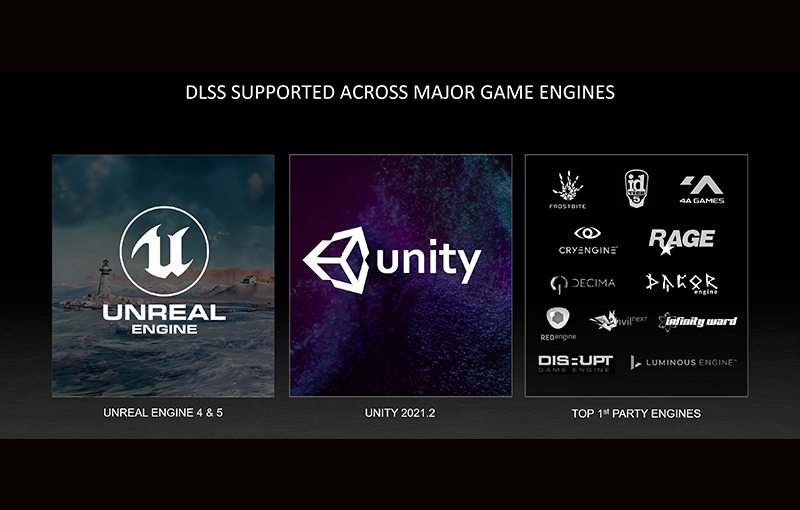 NVIDIA DLSS is now available as a plugin to Unreal Engine 5, which was released last month. While the engine itself has its own Temporal Super Resolution technology, it's not as advanced as NVIDIA's DLSS aka Deep Learning Super Sampling. In addition, DLSS will also be enabled in Unity 21.2 in the near future.

Valve’s Proton will support DLSS on Vulkan titles such as DOOM Eternal, No Man’s Sky, and Wolfenstein: Youngblood as well, starting today. Additional support for DLSS-enhanced DirectX games running via Proton will be arriving later this year. 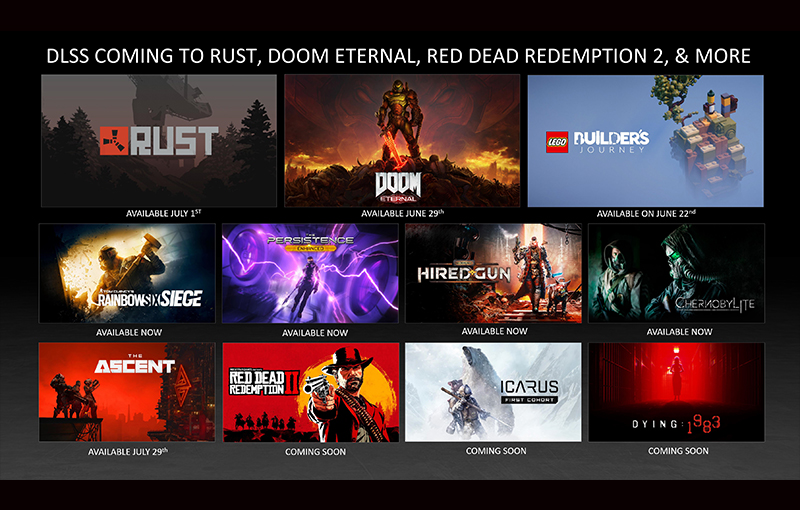 On the gaming front, NVIDIA has also announced DLSS support for the surival hit game, Rust, on 1 July. The update should be a nice performance boost to players in what has traditionally been a bit of a poorly optimised game. Rust isn't the only game though, as new title like LEGO Builder's Journey (22 June) as well as existing titles such as Doom Eternal (29 June) will also get the DLSS love.

DLSS support for Red Dead Redemption 2, while officially announced, has yet to get a date on when that feature will become available.

Join HWZ's Telegram channel here and catch all the latest tech news!
Our articles may contain affiliate links. If you buy through these links, we may earn a small commission.
Previous Story
The Samsung Galaxy S21 FE could launch in Q4
Next Story
Watch ViewSonic’s new M2e projector autofocus in just one second