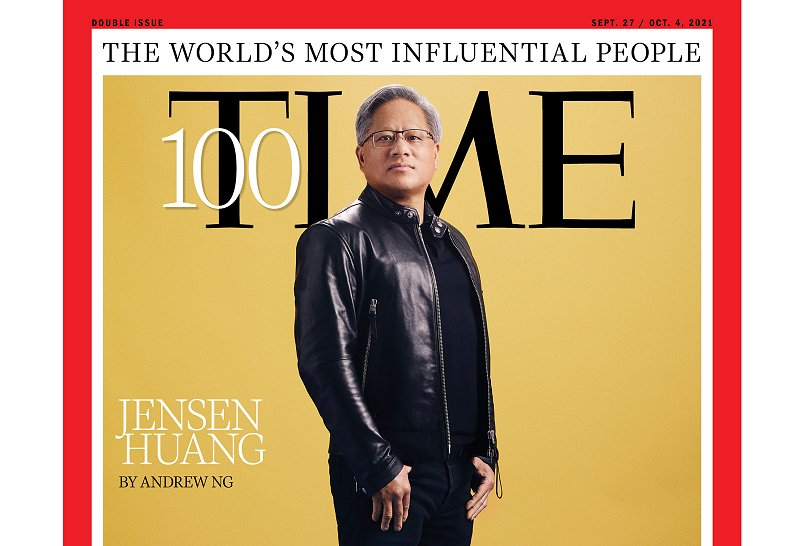 Time Magazine yesterday released its annual Time100 list of the 100 most influential people in 2021, and among the big names, under the ‘Innovators’ section, was NVIDIA CEO Jensen Huang. More than that, Huang will be also featured on the cover of the magazine’s upcoming print edition, one of only seven on the entire list to have the honour.

The article featuring Huang, written by Andrew Ng, the founder of artificial intelligence companies DeepLearning.AI and Landing AI, notes Huang’s and NVIDIA’s role in artificial intelligence. He mentions that the advancements achieved with NVIDIA’s GPUs “laid a foundation that could accommodate much bigger neural networks, the programs behind today’s AI.”

Ng also mentions Huang’s risk-taking in directing NVIDIA to develop GPUs in the early 2000s paying off, calling him one of the world’s most tech-savvy CEOs and noting how NVIDIA’s achievements enable many of today’s technologies.

Indeed, while the most well-known aspect of NVIDA may be their gaming GPUs in numerous notebooks and desktops, they’ve also played a part in other fields, including the healthcare industry with their Clara AI Computing technology, the automotive industry with NVIDIA Drive, and even laying the foundation of forward-thinking smart city vision and leading the 'Smart Everything Revolution' through advances in edge computing.

Huang was among one of the founders of NVIDIA in 1993, and serves as its CEO, president of the company and a member of the board of directors.

Join HWZ's Telegram channel here and catch all the latest tech news!
Our articles may contain affiliate links. If you buy through these links, we may earn a small commission.
Previous Story
Samsung Display begins mass production of 90Hz OLED panels for laptops
Next Story
The Logitech G435 LIGHTSPEED Wireless Gaming Headset weighs in at a feather-light 165g