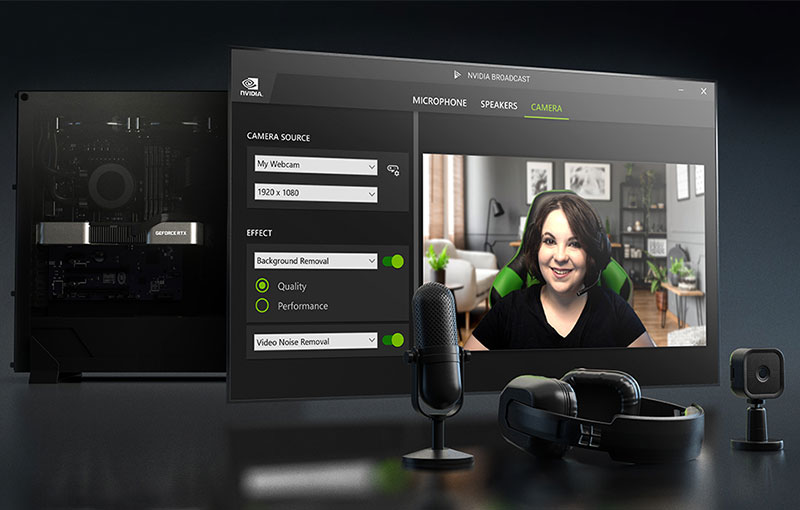 NVIDIA Broadcast is a marvellous piece of software and the latest update, bringing it to version 1.3, is taking things up another notch with some quality of life improvements.

When using the background noise removal feature, you may have noticed in the past that high-pitched voices and screams may have caused the sound to be interrupted. NVIDIA said this was rare, but was still problematic enough for the company to fix it. Now, new training sound profiles in the latest update will accommodate these scenarios so that voices can still be heard while blocking out background noise. 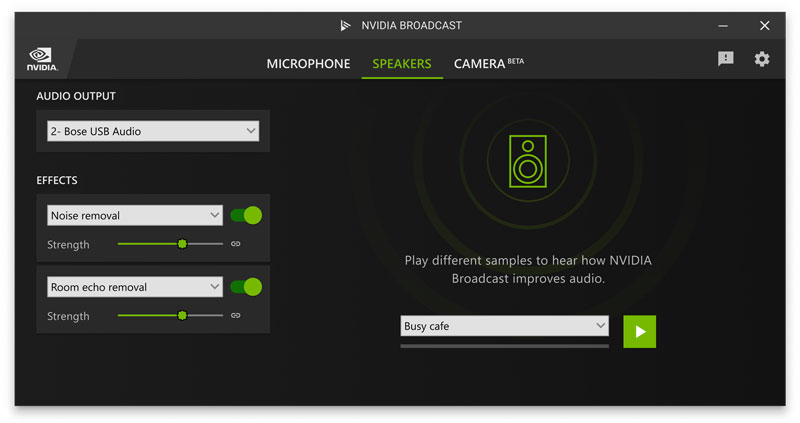 Version 1.3 also reduces the performance hit from stacking different effects. Previously, using multiple audio and video effects at the same time could quickly eat up the GPU resources. Additionally, support for the software has been enhanced - it can now be used with Canon, Nikon, and Sony webcam tools, as well as OBS Virtual Camera.

NVIDIA also wants to remind us that many features of NVIDIA Broadcast are available in other apps thanks to their partnerships with other developers. The audio noise removal feature can be found in apps like OBS Studio and Streamlabs for Streamer, while video editors can be used in tools like Adobe Premiere Pro and Audacity. However, you must install the NVIDIA Broadcast Redistributable Package for these features to be available.

If you want to check out NVIDIA Broadcast version 1.3, click here.

The only catch is, you'll need compatible hardware that's listed on their page and one of which is you'll need a fairly capable GeForce RTX series graphics card.

Join HWZ's Telegram channel here and catch all the latest tech news!
Our articles may contain affiliate links. If you buy through these links, we may earn a small commission.
Previous Story
Amazon's first trailer for The Wheel of Time teases epic fantasy
Next Story
Samsung Galaxy Z Fold3 is sold out in SG, Galaxy Z Flip3 selling out fast