NVIDIA CEO Jen-Hsun Huang capped his almost 2-hour long CES 2019 address with an exciting announcement about the availability of over 40 gaming notebooks equipped with Turing-based GeForce RTX GPUs. 17 of them are Max-Q enabled and hold promise of replacing your previous generation gaming desktop. 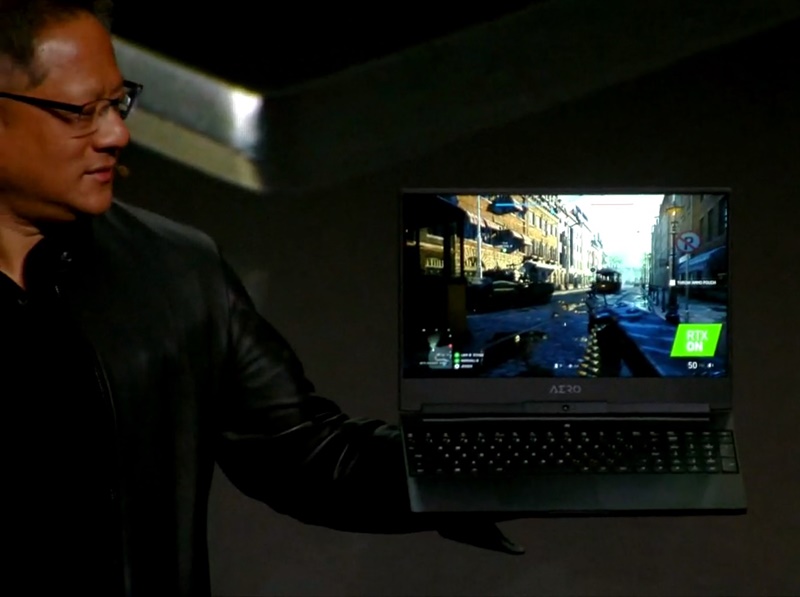 CEO Huang was so confident of the graphical processing prowess of the new laptops; he even showed off a new Gigabyte Aero gaming Max-Q notebook that’s equipped with GeForce RTX 2080 GPU, and it was operating BattleField V with RTX turned on.

There’s also MSI GS65 Stealth that had some airtime on stage during his presentation.

Join HWZ's Telegram channel here and catch all the latest tech news!
Our articles may contain affiliate links. If you buy through these links, we may earn a small commission.
Previous Story
Klipsch announces a new series of soundbars ahead of CES 2019 and its first-ever true wireless earbuds
Next Story
The Alienware m15 and m17 now come with NVIDIA’s RTX 20-series GPUs