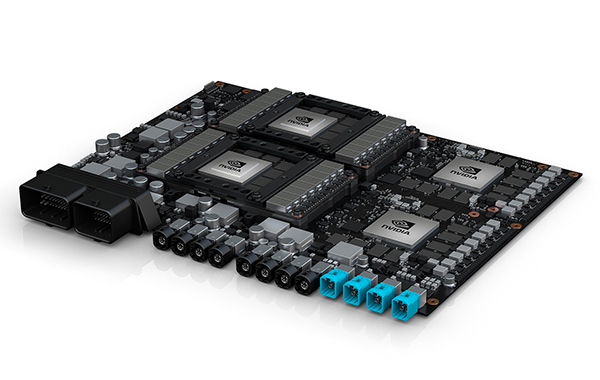 NVIDIA has just announced its next-generation Drive PX driving supercomputer and it is codenamed Pegasus.

According to NVIDIA, Pegasus is the world's first AI computer to deliver fully autonomous driving (SAE Level 5). This means all aspects of driving are handled solely by the car.

This will enable automakers to build cars without steering wheels, pedals, or mirrors, thereby maximizing space. NVIDIA envisions a future where the interior of cars resemble living rooms and offices.

“Creating a fully self-driving car is one of society’s most important endeavors - and one of the most challenging to deliver. Our breakthrough achievement in building an AI supercomputer of unprecedented efficiency and performance makes that vision possible."

NVIDIA says that over 25 companies are already developing fully autonomous vehicles using its Drive PX platform, but that their trunks are filled with computers because of the massive computing performance required. This makes them impractical for production vehicle and NVIDIA wants to change that with Pegasus.

Pegasus will take up roughly the same amount of space as a license plate but will deliver over 320 trillion operations per second. That's over 13 times more than what its predecessor - Drive PX 2 - was capable of.

In addition, Pegasus meets ASIL D certification and features an array of automotive inputs and outputs including CAN, Flexray, and 16 high-speed sensors for camera, LIDAR, and ultrasound. It also has multiple 10 Gigabit Ethernet connectors.

According to NVIDIA, total memory bandwidth of the platform exceeds 1TB per second.

Pegasus will be available to automotive partners by the middle of 2018.

Join HWZ's Telegram channel here and catch all the latest tech news!
Our articles may contain affiliate links. If you buy through these links, we may earn a small commission.
Previous Story
Select designers and developers now have early access to NVIDIA Holodeck
Next Story
The EOS M100 is Canon's easiest to use mirrorless camera yet (Updated with pricing)